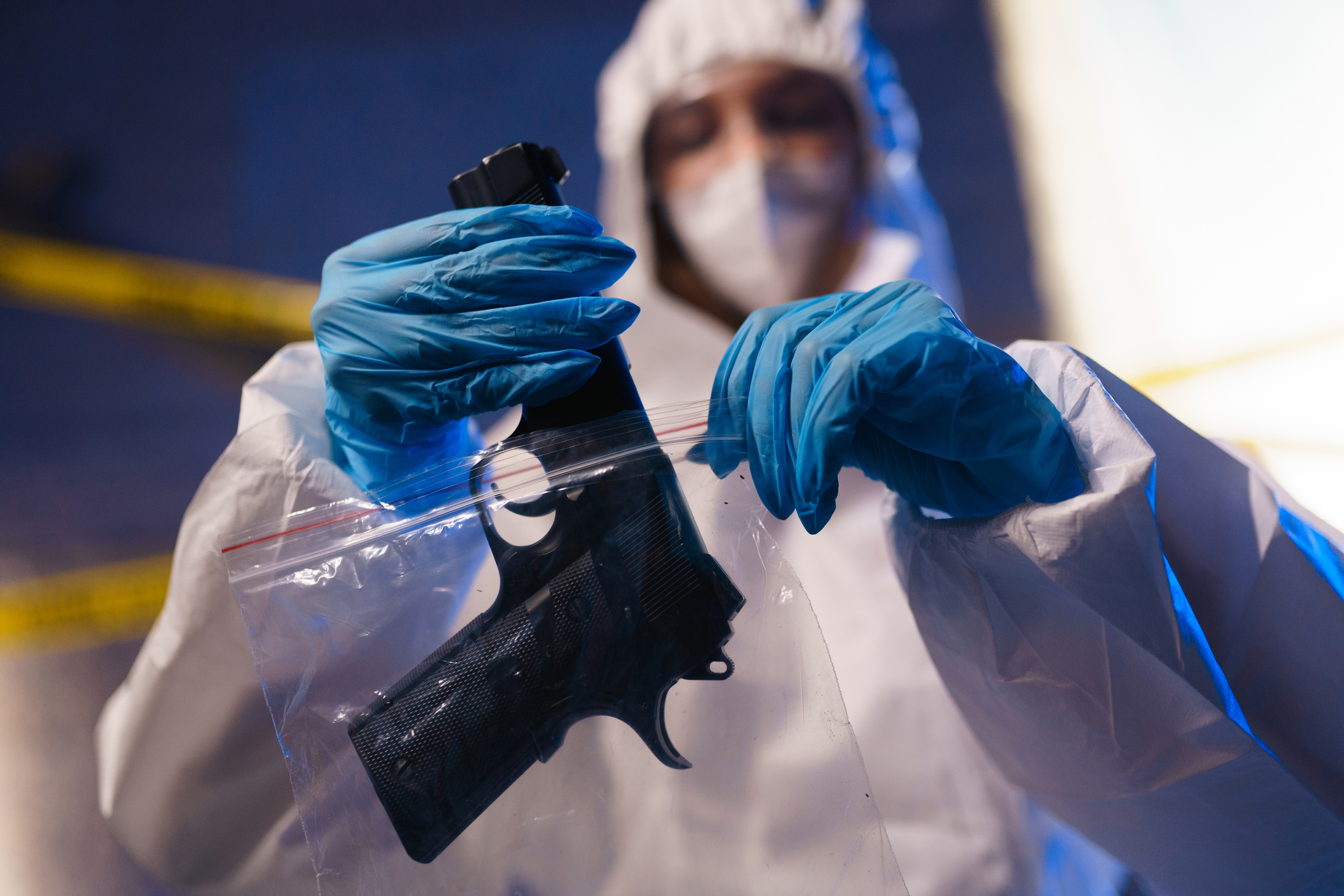 One means of reducing a criminal’s access to guns is to deter the theft of firearms by enhancing the penalties involved with firearm theft.

Why is it important to deter the theft of firearms? Illegal firearms, by many accounts, are the weapons that arm the criminals who disrupt the peace of our communities with senseless gun violence. Violent crime in South Carolina – although somewhat steady since 2013 – has risen recently in the form of murder and assault, according to SLED. From 2010 to 2020, the number of murders in the state ranged from 265 in 2010 to a high of 571 in 2020. In 2020, according to SLED, 84 percent of the murders in the state were committed by firearms. The use of firearms in aggravated assaults also increased from 25.6 percent in 2011, to nearly 55 percent in 2020.

For eight years of my active law enforcement career, I was a property crimes investigator for a large sheriff’s office in South Carolina. Property crimes are difficult to solve ordinarily. They are usually committed when there are no witnesses around. I soon found that without witnesses, or forensics, I was forced to try to locate the stolen property and work backwards from there to try to identify a suspect.

Many of the crimes I investigated involved the theft of firearms. I soon learned that firearms were a special case for several reasons. First, the firearm is already in criminal hands and unlike many other stolen items, they do not show up on the tables at flea markets or in on-line markets or usually in pawn shops. Of all the items stolen, a firearm has the greatest potential for causing harm to the public if it is in the wrong hands.

Second, many people do not record the serial numbers of their firearms. Without a serial number reported for the stolen firearm, it cannot be placed on the Stolen Firearm File at the National Crime Information Center (NCIC) or if the victim of the theft declines later to validate the theft after it is listed on NCIC and it is removed, then if the gun is seized later as a “crime gun,” its status as stolen would not be known.

Except for thefts from firearm retailers, it has been my experience that people who steal firearms are looking for any item that can be quickly turned into cash or drugs. In residential burglaries, the suspects are usually looking for cash, jewelry, and firearms. In automobile burglaries, they look for anything of value like laptop computers, firearms, or purses. ATF data shows that most of the crime guns seized and subsequently traced by ATF do not leave their state of first retail sale. That means that firearms sold and later stolen in South Carolina usually stay in South Carolina to menace our citizens.


The true impact and contribution of firearm theft as it relates to gun violence is not really known. Some researchers claim it is small while others claim it is overwhelming. Without being listed on NCIC, the gun may or may not be known to be stolen prior to it becoming involved in a crime. In any case, a stolen firearm is in the possession of a criminal the second it is stolen.

In a 2019 Bureau of Justice Statistics report of over a million state and federal inmates (Alper, Glaze, “Source and Use of Firearms Involved in Crimes: Survey of Prison Inmates, 2016,”). Of the inmates surveyed, one in five (21 percent) stated that they were carrying or possessing a firearm for the crime for which they were serving time. About one in eight (12.8 percent) said that they used the firearm by showing it, pointing it, or discharging it.

The inmates claimed most of the firearms (43 percent) came from underground or street markets, 25 percent came from friends or relatives as a gift, loan, or purchase, 6 percent were stolen by the inmate, 17 percent came from other sources such as brought by another person to the scene or it was already at the scene of the crime, and about 10 percent of the firearms were obtained from legitimate sources. The report identified underground or street markets as “Illegal sources of firearms that include markets for stolen goods, middlemen for stolen goods, criminals or criminal enterprises, or individuals or groups involved in sales of illegal drugs.“ I have not seen any research on how those street markets are populated with firearms, but I believe many of those forearms are stolen.

While firearm theft nationally was only about 0.68 percent of the overall value of items stolen (not including motor vehicles) in 2020, in South Carolina that rate was 4.2 percent. In South Carolina, for the year 2020, $5,961,663 worth of firearms were stolen. Recovered stolen firearms totaled $570,053. That is only a recovery rate of 9.5 percent (2020 is the latest year for FBI data.)

Currently in South Carolina, depending on the value of the firearm, the theft of a firearm may only result in a misdemeanor charge. A larceny in South Carolina must exceed $2,000 in value before it is considered a felony. Most handguns or rifles owned by South Carolinians do not reach that threshold. A thief can steal your $1000 AR15 and $500 worth of ammunition and only be charged with petit larceny, punishable by thirty days and/ or a fine.

In 2012, a bill was introduced to the S.C. General Assembly by the South Carolina Sheriff’s Association that would make the theft of a firearm a felony with an enhanced or mandatory sentence. That bill was tabled in the House Judiciary Committee.

There was nothing in that proposed bill that limited, restricted, or penalized law-abiding citizens who own firearms. The intent of the bill was to prevent firearms from ending up in the hands of criminals. It is Second Amendment neutral and only seeks to punish those who take advantage of our law-abiding firearm owners.

I completed a study of firearm theft in one of South Carolina’s larger counties (unincorporated population of approximately 360,000). In 2020, 498 firearms were stolen in the county in 463 incidents. That is a rate of 13.8 stolen firearms per 10,000 residents, or nearly 1.4 firearms stolen a day, or one firearm stolen every 19.2 hours.

During the 2020 pandemic, when people were staying home, most of the firearms stolen in the county were from automobiles, although, nationally more firearms are stolen during burglaries. Out of 293 firearm thefts from automobiles, 267 of the vehicles were reported to have been unlocked, 9 were reported to have been forcibly entered, and there was no information on the remaining 17 vehicles. Theft, mostly from residences, was responsible for 61 stolen firearms and residential burglary accounted for 53 stolen firearms. Out of the 463 incidents, forty resulted in an arrest. That is a clearance rate for crimes related to firearm theft of 8.6 percent.


Just because only ten firearms were found to be stolen does not mean that many of the other 320 seized firearms were not stolen.

If a firearm that is listed as stolen on NCIC is located, then it is up to the locating agency to determine if there is a match by make, model, caliber, and serial number and then take the appropriate action, either remove the firearm from NCIC if it was stolen from their jurisdiction or notify the agency that placed the firearm on NCIC. Only the agency that placed the stolen firearm on NCIC can remove it.

The FBI reported that the county removed 153 firearms from NCIC. Many of those firearms removed from NCIC were probably firearms reported stolen in previous years or located by other jurisdictions. The FBI was not able to report how many of the 330 seized firearms were listed on NCIC.

In addition to making the “theft of a firearm” a felony, I would recommend that the offense be listed as a violent crime in S.C. Code of Laws 16-1-60 to cause the offender to be prohibited from possessing a firearm in the state.

Property crime is generally a risk versus reward enterprise. Would people steal firearms if they knew the penalty was high? Would enhanced or mandatory jail terms for firearm theft be sufficient deterrent to stop firearm theft?

Joe Whitmire is a native South Carolinian who spent 47 years in public service as a Marine, technical director for the DoD and deputy sheriff. Joe graduated from Clemson in 1978. He is currently retired and resides in Greer, S.C.