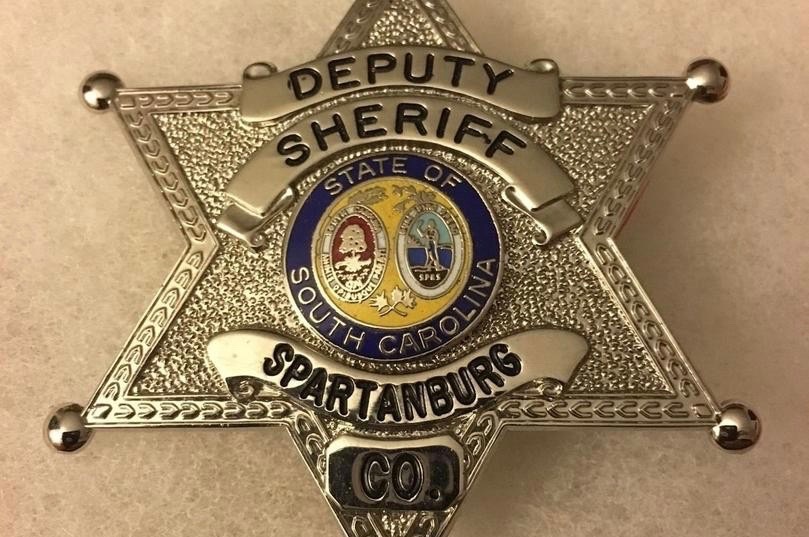 Around 320 p.m. June 21 deputies from the Spartanburg County Sheriff’s Office responded to Chaffee Drive in the Oak Forest subdivision in regard to a domestic violence call.

According to Sheriff Chuck Wright, one deputy was ambushed at the scene when he approached the residence. Wright would not give the status of the deputy but was visibly upset while discussing the situation at a press conference this evening. He asked for everyone’s prayers.

Neighbors provided a description of the suspect to include the vehicle he left the residence in and the direction of travel. While deputies were securing the scene so the injured deputy could be treated by EMS, another deputy spotted the suspect traveling down Anderson Mill Road toward Highway 290.


The deputy tried to pull over the vehicle. The suspect initially acted as though he was going to pull over and surrender, but instead fired at that deputy who returned fire. That deputy was not injured.

The suspect then continued down Anderson Mill Road until he wrecked his car into a business just before the Highway 290 Intersection.

The suspect again fired at deputies, before fleeing into the woods near the the Keurig DrIve Pepper plant, again no deputies were injured by the shots fired from the suspect.

SWAT and canine deputies found the suspect in the woods where he was arrested.

“I don’t want to hear it about cops this and cops that, we are the good guys and we did it right. These men kicked into action and followed the law.”

The sheriff praised his deputies for showing restraint.

The suspect, who was identified by Wright as Duane Heard, was shot twice, but is going to be “OK” according to the sheriff.

The South Carolina Law Enforcement Division is assisting in the investigation.