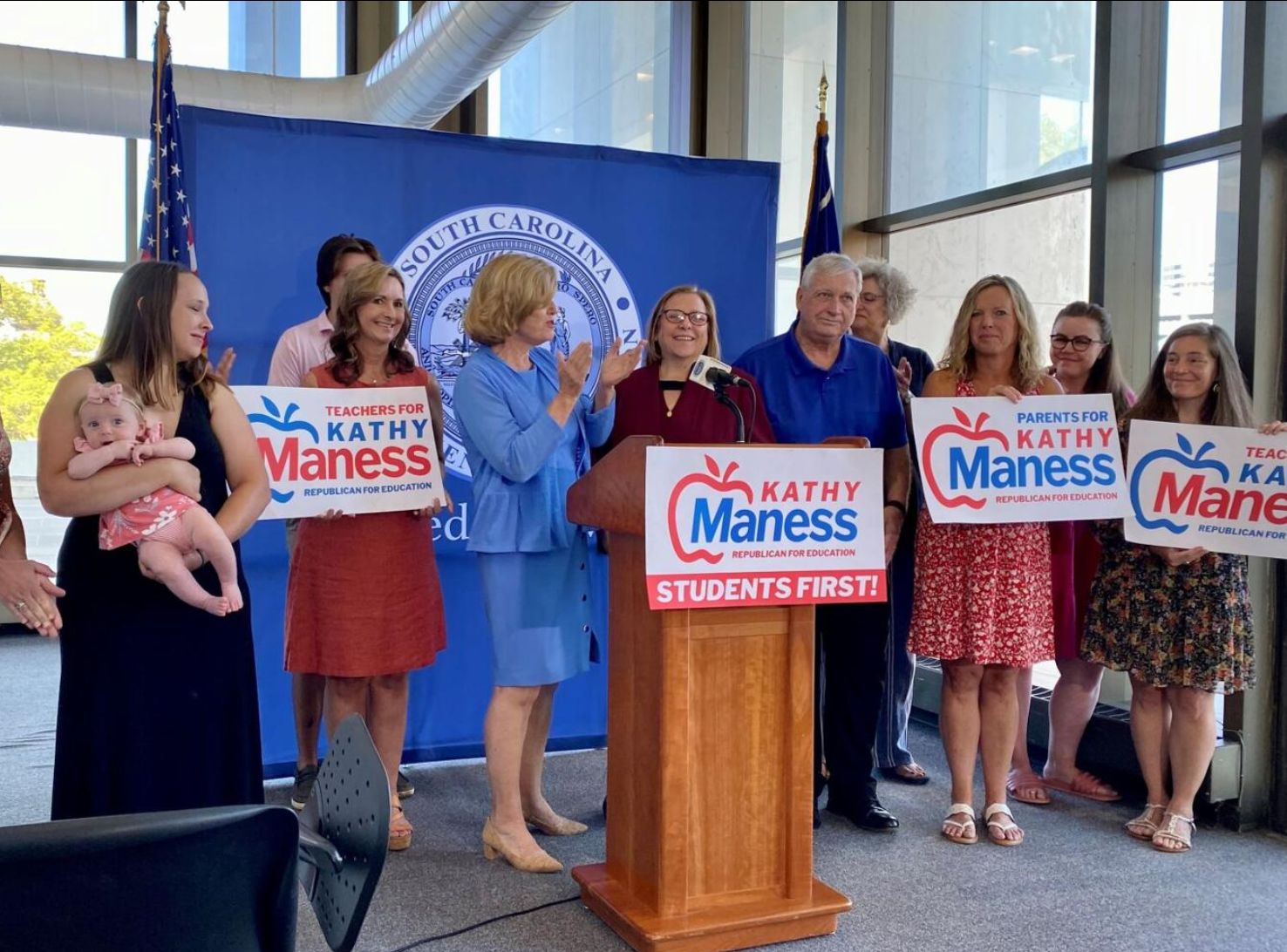 Two days ago, I reported on an ethics complaint filed against outgoing South Carolina superintendent of education Molly Spearman – the left-leaning “Republican” schools chief who is trying to install another left-of-center GOP candidate into this independently elected office.

Spearman’s endorsement of Lexington, S.C. town councilwoman Kathy Maness in the GOP primary for this seat clearly ran afoul of the S.C. Code of Laws (§ 8-13-1346) – which holds that a person “may not use or authorize the use of public funds, property or time to influence the outcome of an election.”

Spearman used taxpayer time, property and other resources to endorse Maness at the headquarters of the S.C. Department of Education (SCDE) earlier this month – which is the basis of the complaint filed against her with the S.C. Ethics Commission (SCSEC) by Aaron Granade of Lexington, S.C.

Yesterday, I reported that additional ethics complaints were forthcoming against Spearman and Maness after numerous sources told me they received unsolicited spam emails announcing the endorsement – emails which appear to have been generated from a taxpayer-funded list.

Late Thursday, after that story was published, former state representative Tommy Stringer upped the ante and accused Spearman of using state emails to communicate her endorsement of Maness – including emails belonging to public school students.

“I am in the process of filing an ethics complaint against outgoing superintendent of education Molly Spearman,” Stringer wrote. “She used public school student email addresses to communicate her endorsement of Kathy Maness in the recent Republican Primary. I just found this out from my minor-aged child who received her email in his/her state-issued school account.

Stringer also said he was filing an ethics complaint against Maness as a “person” acting “in concert” with Spearman.

“As a parent of a student who received the endorsement email, I find Spearman’s use of student email addresses to solicit support for Maness as an abuse of power, an invasion of my child’s privacy, and an attempt to usurp my parental rights,” Stringer said.

“As a former legislator who, on several occasions, heard testimony from Spearman in her official role as superintendent about the communication difficulties between individual school districts and her department, I find her use of student email addresses to be cynical and dishonest,” he added. “As a citizen, I find her use of government resources to be inherently corrupt.”

Stringer resigned from his post in the legislature last year, citing health issues.

Because no candidate received a majority of ballots, Weaver and Maness will face off on June 28, 2022 in a head-to-head runoff election. Earlier this week the third place finisher in this race, Travis Bedson, endorsed Weaver.

BANNER VIA: Molly Spearman for Superintendent