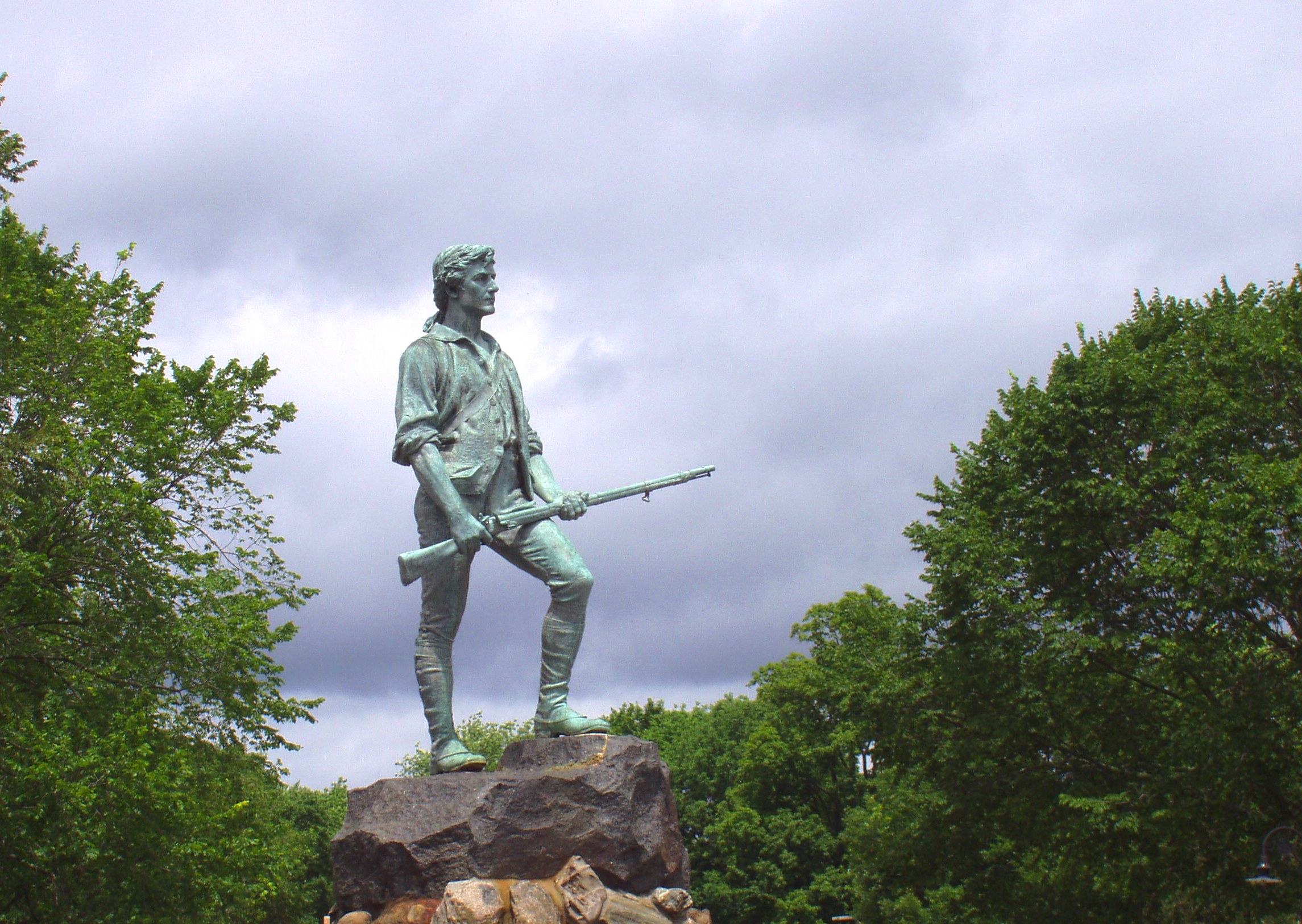 For your information, I have been contributing articles on the South to the Abbeville Institute in South Carolina since 2015.

This May, a teen-age gunman in Uvalde, Texas, who had just given his grandmother an almost fatal wound at their home, went to a local elementary school where he shot and killed nineteen young children and two teachers, as well as wounding seventeen others before finally being taken into custody.  That attack was preceded by more than a dozen similar mass shootings and numerous lesser gun incidents at schools throughout America since the start of the current century.  The tragic rampage in Texas has also once again pitted the public’s irresistible force for gun control, abetted in large part by the agendas of politicians and the media, against two immovable objects . . . the  Second Amendment and the United States Supreme Court.

Of course, any taking of life, even in self defense or by accident and regardless of the method involved, evokes a degree of sadness or even anger.  Random killings, however, are certainly far more reprehensible, particularly those which claim the lives of young children, and mass shootings only broaden the scope of such insanity.  Until the introduction of such firearms as the revolver and repeating rifle in the mid-Nineteenth Century, mass shootings were an impossibility.  At that time, someone armed with two Colt revolvers and a Henry rifle could have entered a school and shot to death twenty-eight children before taking time to reload . . . but it never happened.

From 1850 until the end of the century, less than a score of individuals were killed at schools in various parts of the country, and not all were shot to death.  The nearest thing to a mass shooting at that time was in December of 1898 when, during a riot at a school event in Charleston, West Virginia, four people in the audience and a teacher were shot to death and one individual had his skull crushed in the melee.  No children lost their lives however.

Even with far greater firepower available in the following century, the 1900s saw only six mass school shootings throughout the entire United States, with the first major one not taking place until 1966.  In August of that year, a troubled World War Two veteran from Florida who was attending the University of Texas killed his wife and mother at their home in Austin.  He then went to the university and for an hour and a half, methodically shot almost fifty students and faculty members from a school tower before he was killed by the police.  Fifteen of his victims died and another thirty-one were wounded.

Ten years later, an insane custodian at the University of California shot and killed seven students and wounded two others.  This was followed by two more in California, the first one in 1989 in which a drug addict killed five young Asian refugee children at play in a Stockton schoolyard and wounded thirty-two more.  The next one took place three years later in Olivehurst where a former high school student returned to the school and killed four students and a teacher and wounded nine others.

The next to the last incident was in 1998 at a high school in Oregon, where a student first killed his parents at their home and then went to  his school where he shot to death two fellow students and wounded twenty-five others.  The century ended with what is perhaps the most publicized mass school shooting in American history . . . the subject of films, songs and a stage play.  The event was the massacre that occurred in April of 1999 at the Columbine High School in Colorado.  There, two of the school’s students killed twelve fellow classmates and a teacher, as well as wounding twenty-one others before taking their own lives.


Except for the 1989 shooting of Asian children in California, neither race nor religion seemed to play a part in any of the school shootings in the 1900s and most could only be attributed to some sort of mental problem.  As to those in which the gunmen took their own lives, their true motivations remain a matter of  pure speculation.  Unlike a number of the more recent non-school shootings since 2000 which have been racially or religiously motivated, none of the mass school shootings to date have followed such a pattern.  Rather than concentrating on the motivation of the shooters, however, far too much emphasis is now being placed on the type of weapons they used.  Therein lies the questions concerning the basic right to bear arms, what weapons should be allowed and who should determine how such matters might be addressed. . . the federal government or the states.

The American concept of an individuals’s legal right to bear arms actually dates back to the Twelfth Century in England when the Assize of Arms in 1181 officially allowed such arms as swords to be carried for personal and public defense.  A hundred years later, the Statute of Winchester broadened that law to add that all men had a legal duty to be armed.  Some control of the right to bear arms took place in 1328 when the Statute of Northampton banned the carrying of arms in such public places as courts or during riots.  Three hundred years later, after firearms had come into general use, those early laws were codified in the British Bill of Rights of 1689 which granted citizens the right to “ . . . have Arms for their Defence suitable to their Conditions and as allowed by Law.”

When the American Colonies declared their independence in 1776, a majority of the  original state constitutions contained a section dealing with the subject of firearms.   Due to the fear that a standing national army could be used against a state by the federal government, the wording in most of the Constitutions merely referred to the arms needed for citizens to form a state militia.  Two states were more specific, however, with those of Pennsylvania and Vermont extending theirs to include the bearing of arms “for the defence of themselves and the State.”

In spite of the fact that state militias had generally proven to be both inadequate and inefficient during the Revolutionary War, and  a Continental Army had to be created, most states still were wary of what the central government might require a peacetime standing army to perform domestically.  Therefore, after the United States Constitution was ratified in 1788, the “Father of the Bill of Rights,” James Madison of Virginia, generally adhered to his state’s original Constitution when drafting the Second Amendment the following year.

Madison’s Amendment states, as Virginia’s did, “A well-regulated Militia, being necessary to the security of a free State, the right of the people to keep and bear Arms, shall not be infringed.”  While not specifically adding the need for self protection, as Pennsylvania and Vermont had done, it must be assumed that Madison considered such a right to be so self evident from centuries of common law and practice that its inclusion was unnecessary.  Various court decisions involving the bearing of firearms have agreed with such a rationale.

Since 1875, eight major cases involving the Second Amendment have been adjudicated by the United States Supreme Court, with another still pending.  In all of their decisions, the Court has upheld an individual’s right to bear arms.  In two of the more recent cases, District of Columbia v. Heller in 2008 and McDonald v. City of Chicago two years later, the Justices cited in their assenting opinions that individuals have the right to own firearms, including handguns, for the purpose of self defense.  In the 2010 opinion, it was added that self defense is at the very core of the Amendment.

As to the matter of gun control, some colonial laws relating to the control of firearms and ammunition even predated the Second Amendment and state laws concerning such matters have been enacted since the nation’s founding.  Federal legislation has a much more recent history, however, and was initially related more to taxation than control.  The federal Alcohol, Tobacco and Firearms Division in the Department of Justice got its start in 1886 as an alcohol tax unit within the Treasury Department that became the bane of Southern “moonshiners.”  The unit was later given responsibility for the taxation of tobacco products and following enactment of the first National Firearms Act in 1934, firearms taxation was also added.

The 1934 Act imposed a heavy tax on such weapons as machine guns and sawed-off long guns, as well as gun silencers.  It was actually the first federal attempt to control the wave of gun deaths that had taken place during the Prohibition Era, such as the 1929 St. Valentine’s Day massacre in Chicago where seven gangsters were shot to death with Thompson submachine guns.  It was thought that the two hundred dollar tax on such weapons, approximately the cost of a Thompson submachine gun at that time, would deter ownership.  Private ownership of machine guns was not actually banned until the Firearm Owners Protection Act of 1986.

Since 1934, there has been an ever-growing number of federal laws to control various aspects of gun ownership, sale, importation, licensing, type and manufacture.  In 1990, the Gun-Free School Zone Act was signed by President Bush which banned all unauthorized firearms on any school property.  In 1995, the Act was judged to be unconstitutional by the Supreme Court in the case of United States v. Lopez but was reenacted in amended form that year.  Even so, it did nothing to stop the mass murders at Columbine four years later or the many school shootings since then.

Some now advocate banning private gun ownership completely by repealing the Second Amendment.  This would seem to be a virtual impossibility as it would not only require a concurrent two-thirds vote in both houses of Congress, but ratification by three-quarters of the states where it would undoubtedly face certain defeat in at least thirteen states of the deep South and true West.   The answer then may well be an application of states rights by their enactment of constitutionally sound laws at the local level that would better resolve the problems in their respective areas, rather than the further expansion of one-size-fits-all federal legislation.

Furthermore, aside from the Second Amendment, the United States Constitution contains no direct provision relating to the keeping or bearing of firearms.  Matters concerning firearms as they might relate to such subjects as taxation, foreign trade and interstate commerce, as well as the exchange of criminal information nationally, would certainly fall within the purview of the federal government, and thus require federal legislation.  However, virtually all other matters pertaining to arms ownership, licensing, use, sale, manufacture and the prevention of criminal acts involving firearms that take place within a state might better be left to the states to legislate.  Madison must certainly have wisely considered such a course of action to be the case when he completed the Bill of Rights by adding the Tenth Amendment to the Constitution.

John Marquardt is a native of Connecticut but a Southerner at heart. He currently resides in Tokyo, Japan. His Japanese wife loves Charleston and Savannah and admires Southern culture.