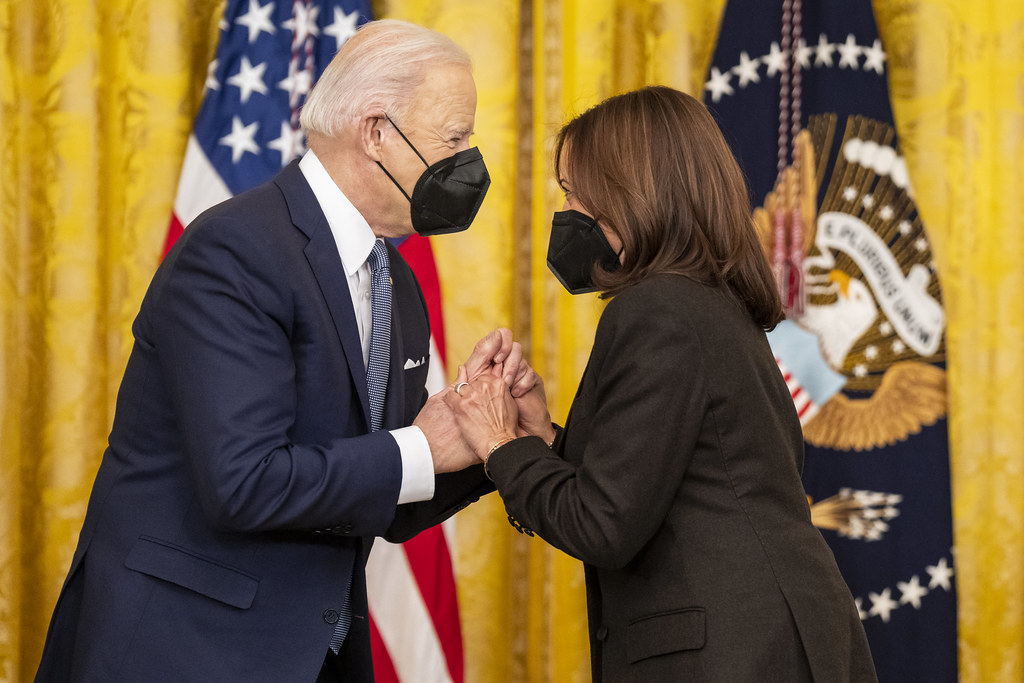 Under pressure to lower gas prices, U.S. president Joe Biden has rescinded one of his first executive orders – and broken one of his top 2020 campaign promises.

On January 27, 2021 – a week after taking office – Biden issued an executive order blocking the issuance of any new oil and gas leases. This move – hailed by environmentalists – was consistent with a pledge he made early in the 2020 campaign.

“And by the way, no more drilling on federal lands, period. Period, period, period,” Biden said while campaigning in New Hampshire in February 2020.

Biden expanded this pledge the following month during a Democratic debate.

“No more subsidies for the fossil fuel industry,” Biden said. “No more drilling including offshore. No ability for the oil industry to continue to drill period. It ends.”

That was then. This week, Biden’s Department of the Interior (DOI) announced what it is calling “significantly reformed onshore lease sales that prioritize the American people’s interests in public lands and moves forward with addressing deficiencies in the federal oil and gas leasing program.”

Specifically, DOI will begin auctioning leases for drilling on more than 144,000 acres of government land in nine different states.

News of Biden’s capitulation was first reported by Coral Davenport of The New York Times, who added the administration would raise royalty rates that companies have to pay the government in order to drill from 12.5 percent to 18.75 percent.

Davenport editorialized in her story that Biden “appears to be trying to walk a line between trying to both lower gas prices and fight climate change.”

“While (Biden) came into office with the most ambitious climate change agenda of any president in history, his climate policies have been largely stalled, stymied by inaction in Congress,” she wrote.

Wait a second, though … who controls Congress again?

Davenport didn’t feel the need to editorialize on that …


Obviously, Biden is not the first president to abandon – or significantly retreat from – campaign promises. Former U.S. president Donald Trump totally failed to adhere to his fiscal promises (even before Covid-19 hit) – and Trump had to be dragged kicking and screaming into partially delivering on his promised border wall.

And, of course, who can forget the late George H.W. Bush’s infamous “read my lips” debacle back in 1988.

While I believe Biden should be called out for his flip-flop, I do not disagree with the new policy (at least I do not disagree with reopening of federal lands for drilling). This news outlet has articulated a remarkably simple philosophy when it comes to America’s approach to energy: Whatever keeps the lights on and the motor(s) running. Certainly we must be mindful of the need to bridge from fossil fuels to more sustainable energy sources – in keeping with the Biblical notion of stewardship – but such transitions must be undertaken wisely.

Also, the costs of the transitioning must not be unfairly foisted on taxpayers.

“However we choose to comprise our evolving energy mix, though, we must limit the extent to which we rely on other nations to supply our power … which is another way of saying we need to maximize the amount of homegrown energy we produce,” I noted earlier this year.


My consumer-first approach to energy creation is why I have consistently gone against the grain and endorsed offshore drilling in the Palmetto State – or at the very least argued South Carolina leaders should conduct the requisite testing to determine how much oil and gas is available off the Atlantic continental shelf. It is also why I have consistently supported the permitting and construction of vital energy arteries to transport our homegrown oil and gas.

“Eco-radicals do not understand these realities,” I wrote back in 2019. “Or they are purposefully trying to harm the American consumer by shutting down domestic oil and gas production. Either way, the end result will be the same … higher prices and a greater reliance on foreign oil and gas.”

Apparently even Biden understands that now …

Reopening federal lands to drilling isn’t Biden’s only move as he attempts to lower gas prices. Earlier this month he announced his intention to tap the United States’ Strategic Petroleum Reserve (SPR) to the tune of 60 million barrels over the next two months.