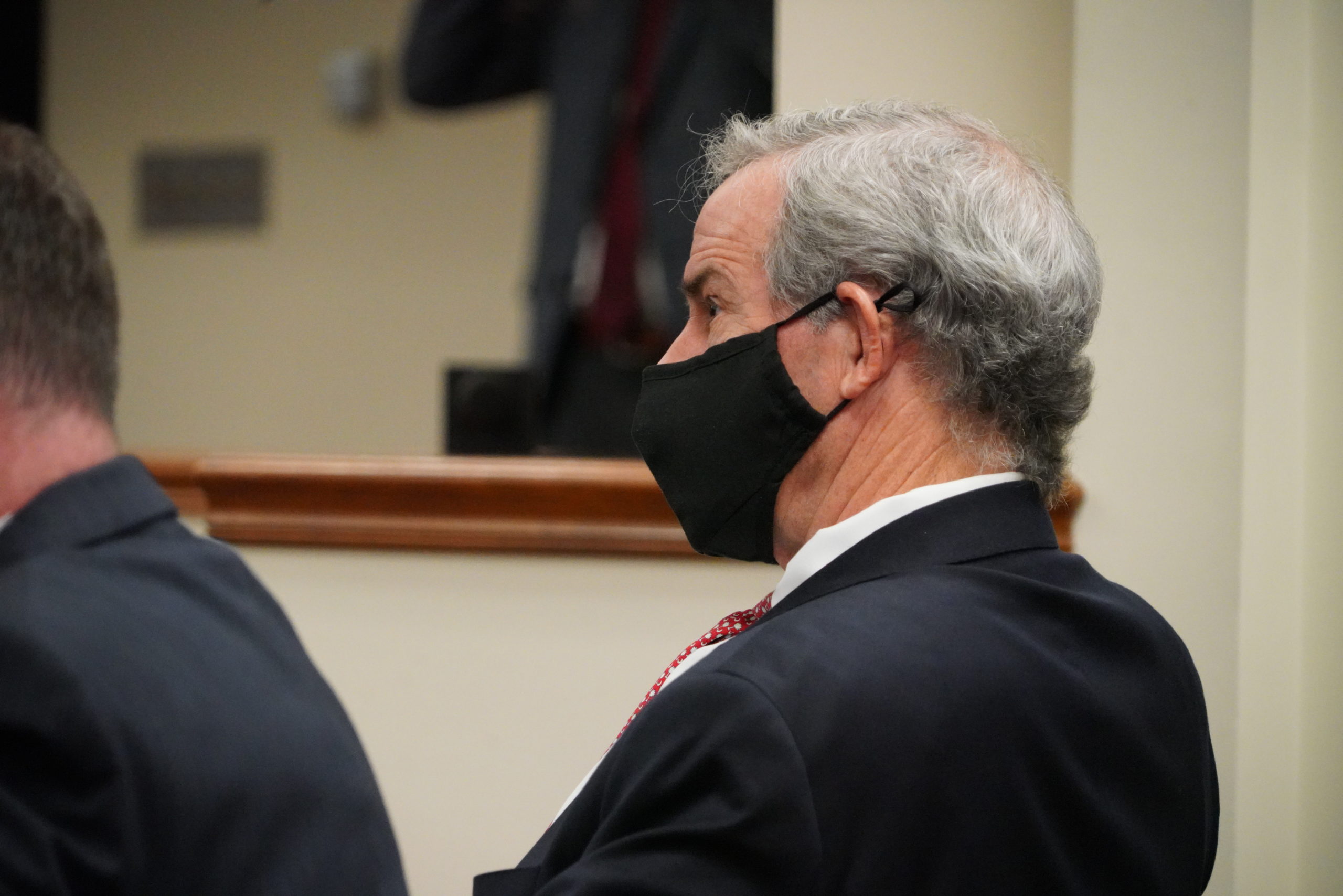 South Carolina’s top cop rebuked a rogue sheriff on Tuesday afternoon as a debate over who should investigate a recent officer-involved shooting jumped to a (much) higher energy level.

Keel aggressively defended his agency’s practices after Lott – who refuses to allow independent inquiries of shootings involving his officers – went on the attack.

As I previously reported, this saga began on Saturday when Lott’s deputies shot and killed 34-year-old Irvin D. Moorer Charley near Heyward Brockington Road in North Columbia, S.C. Charley – who had a history of mental illness – was reportedly armed with a wooden stake at the time he was shot. According to Lott, Charley charged his deputies with the stake after being tased.

Attorneys for Charley’s family have disputed that narrative …

What happened? At this point, no one knows (beyond those who witnessed what happened, anywy) … nor will anyone know until video and forensic evidence from the shooting is made public. My news outlet has consistently championed the release of body-cam and dash-cam footage from such incidents.

“We should expect full transparency from law enforcement agencies,” I noted last month in response to a recent officer-involved shooting.

What else should we expect? Independent investigations.

In nearly every county and municipality in the Palmetto State, SLED conducts such inquiries at the request of the agency whose officers were involved in the shootings. As I noted in a recent piece, SLED’s agents “have consistently distinguished themselves over the years in their investigations of officer-involved shootings – lending skill, professionalism and objectivity to sensitive, high-profile and complicated crime scenes.”

Lott refuses to allow SLED agents to investigate incidents involving his deputies, though – insisting such inquiries be conducted in-house. On Tuesday, he upped the ante – blasting SLED for alleged deficiencies in its investigatory process.

“SLED is not engaged with local communities, does not practice community policing, does not develop community partnerships and does not have a citizen’s review process,” Lott told reporters David Travis Bland and John Monk of The (Columbia, S.C.) State. “These factors may result in an increased risk for civil unrest following controversial case outcomes.”

Not surprisingly, Keel wasted little time in defending his agents and the work they do.

“The statement by Richland County sheriff Leon Lott is false and misleading,” Keel said. “SLED was created as an assisting agency to provide manpower and technical resources to local law enforcement in a combined effort to best serve local communities and the state as a whole.”

Also, Keel noted that anytime his agents are involved in incidents like this, he requests independent investigations. Keel also refuses to allow SLED’s crime lab to process any evidence in cases involving his own agents.


“SLED has and will continue to request capable independent law enforcement agencies to investigate officer involved shootings that involve SLED agents and utilizes out of state forensics laboratories to process evidence,” he said.

And what of Lott’s claim about the potential for “civil unrest” following the conclusion of such inquiries?

“SLED understands that officer involved shooting events have the potential to generate immense public, media and prosecutorial scrutiny,” he said. “In addition, these events can have profound social, civil, administrative, and criminal consequences. This is not about capability. It is about conducting independent investigations with the utmost integrity and impartiality.”

This news outlet has reached out to several local and state officials – including Richland County coroner Naida Rutherford – for their thoughts on this back and forth.

Stay tuned for much more on this story later this week …