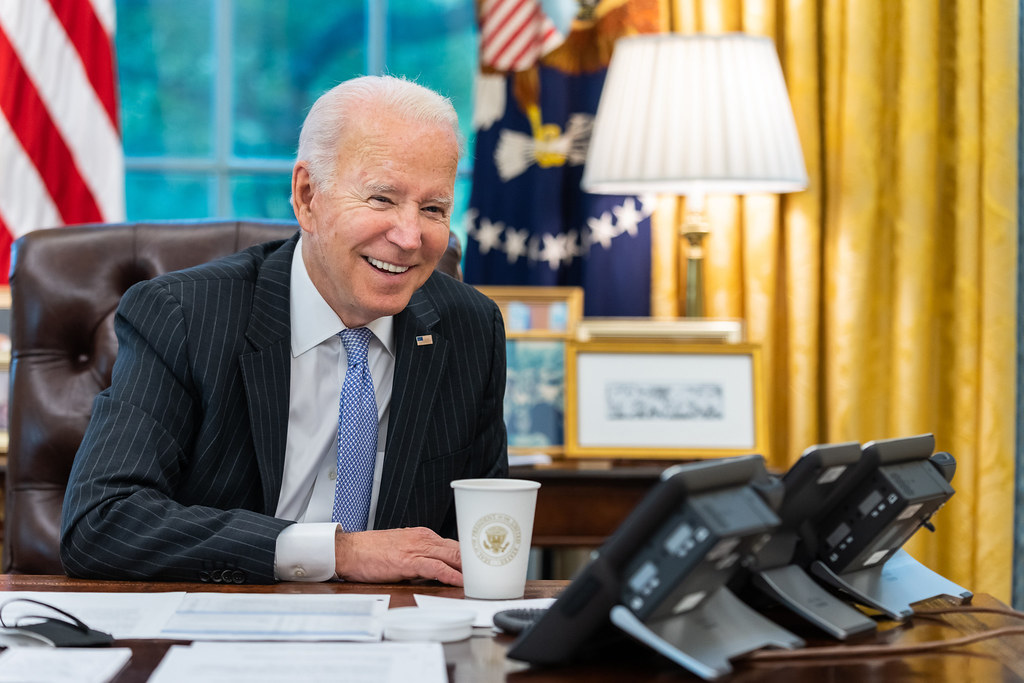 One of my favorite episodes of The West Wing is entitled “Celestial Navigation.” It aired on February 16, 2000, and included a hilarious scene in which fictitious White House deputy chief of staff Josh Lyman (portrayed by actor Bradley Whitford) fumbled through a press briefing after the primary presidential spokesperson underwent a dental procedure.

What began as an innocent joke wound up as a much-ballyhooed “secret plan to fight inflation.”

Two decades later, the administration of U.S. president Joe Biden is dealing with runaway inflation – for which it does not appear to have a plan (secret or otherwise).

To recap, inflation is a reduction in the purchasing power – or the value – of money. It occurs when rising prices outpace the growth of wages, or when governments spend too much borrowed money. Or when they print too much money to try and paper over their massive debt.

Both of which America has done/ is doing …

For those of you keeping score at home, that’s the largest year-over-year increase since February 1982.

Here is a look at inflation under Biden …

The second line, incidentally, is so-called “core” inflation – which excludes volatile categories like gasoline and food. This metric also climbed by 0.6 percent and is now 6 percent higher than it was a year ago, according to DOL, the biggest year-over-year jump since August 1982.

Biden’s response to all this? Astoundingly, he wants the secretive Federal Reserve bank to slow economic growth in the hopes of reigning in the price hikes.

“President Biden’s plan starts with respecting the Federal Reserve’s independence to keep elevated price increases from becoming entrenched,” a White House fact sheet noted. “The Federal Reserve provided extraordinary support during the crisis. Given the strength of our recovery, and the pace of recent price increases, it is appropriate for them to recalibrate that support.”

“Biden is basically telling (the Fed) to start a recession to undo the consequences of his idiotic fiscal policies,” noted the website Zero Hedge.


As I have previously noted, inflation is not necessarily a bad thing. Higher incomes have to be created from someplace … and if the price of goods and services remains stagnant, then the paychecks of the workers producing those goods and providing those services is likely to remain stagnant as well.

Generally speaking, the optimum rate of inflation is around two percent.

Under Biden, inflation is more than three times its optimum level … which is no doubt one of the reasons his poll numbers are tanking.