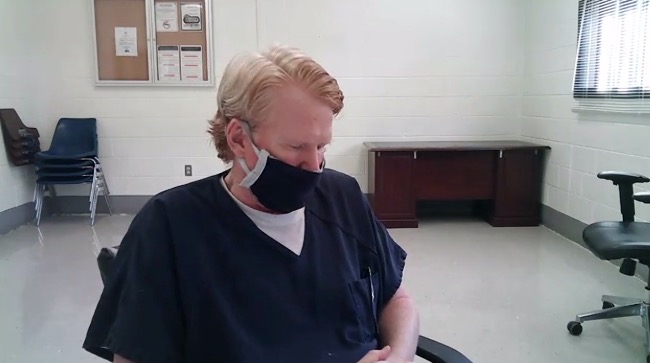 This is a news analysis …

Though two of the state’s highest-paid attorneys have tried — but epically failed — to spring Alex Murdaugh five times since he was booked into the Richland County Detention Center three months ago, it would appear the disgraced Hampton County scion is doing just fine and dandy in his new life as an inmate.

At least according to documents obtained Wednesday by FITSNews through the Freedom of Information Act … including his itemized commissary receipts and deposit slips.

I know you’re dying to know the answer to one of the most quintessential questions in the world of men so I’ll get that out of the way now.

The answer is boxers.

I’d rather not be talking with you about the man’s underwear, but his attorney’s nauseating mention of them in court last week and his outrageous claim that Murdaugh can’t afford a new pair has left me no choice.

First, let’s catch you up on this complex tale (for those of you already in the know, skip through to the ad below) …

Murdaugh, 53, was an influential personal injury attorney before getting suspended by the South Carolina Supreme Court in September.

He was also a badge-carrying member of the 14th Judicial Circuit Solicitor’s Office (until that was taken away from him in September). For a long time, he has wielded an extraordinary amount of power in the Lowcountry and beyond because of who his family is.

His great-grandfather, grandfather and father were all solicitors, which is South Carolina’s version of a district attorney. Their legacy also includes a Hampton law firm started in 1910, now called Peters, Murdaugh, Parker, Eltzroth and Detrick, or PMPED, where Alex Murdaugh was a partner until resigning in September.

Murdaugh is facing 51 charges — so far — related to multiple apparent financial schemes, including a purported murder-for-hire insurance scam with a man referred to as “Cousin Eddie” and the alleged theft and laundering of more than $6.2 million in settlement funds, including millions from the family of the woman who helped raise his children.

He is also the only person of interest who has been publicly named in the June 2021 murders of his wife and son. Sources have told FITSNews that direct physical evidence places him at the scene of the homicides that night.

Since Labor Day weekend — when Murdaugh called 9-1-1 and immediately began “setting the scene” for the operator before mentioning he was “shot in the head“ — his elite attorneys, state Sen. Dick Harpootlian and Jim Griffin, have repeatedly proclaimed on national television and in open court that their client is a 20-year opioid addict who is guilty of stealing $10 million from clients and his law firm.

Yes, his attorneys say he did that. I will continue to use “allegedly” though.

Murdaugh has been behind bars since he was arrested in Orlando, Florida, on Oct. 14. He is being held in lieu of $7 million bond — an amount his attorneys, say he can’t afford because he is flat broke … a notion that seems to be disputed by one of the two court-appointed co-receivers who are sorting through his finances as we speak.

During a real humdinger of a bond reduction hearing Jan. 10, the prosecution entered transcripts of jailhouse phone calls, which they say prove that Murdaugh has been continuing his financial plotting and is potentially attempting to hide assets from the alleged victims, including the family of a 19-year-old girl who was killed three years ago in a boat being driven by Murdaugh’s now-deceased younger son, Paul.

Sources tell FITSNews that more indictments are coming soon and are expected to include Murdaugh’s alleged co-conspirators. They also say we are likely to see hundreds of alleged financial victims when all is said and done.


FITSNews filed a FOIA request with Richland County on Dec. 9, 2021, asking for itemized receipts of Murdaugh’s commissary account and deposit slips (among other things … which we will get to in the very near future).

The FOIA request came back Jan. 19 and contains information through Dec. 9, the date of the initial request.

Here’s a look at what we have found:

Who Is Giving Him His Commissary Money?

Since arriving at Richland County Detention Center, Alex Murdaugh has had $631.75 deposited into his McDaniel Inmate Kiosk account.

Inside Is As Outside Does

Though investigators and the co-receivers have not shed much light on what Alex Murdaugh was doing with the millions he’s alleged to have stolen, I think we can assume there might have been some “issues” when it came to Murdaugh “sticking to his budget” prior to getting arrested.

At Richland County detention center, there is no weekly limit on how much money can be deposited into an inmate‘s account, according to the county’s public information officer. But there does appear to be a limit on how much an inmate can spend there.

Most weeks, Murdaugh appears to be taking full advantage of that limit:

On Jan. 10, in his effort to get the $7 million bond that was set a month earlier reduced to something “more reasonable” like five-figures and the option to pay up to 10 percent, Harpootlian told the court that Murdaugh was NOT engaging in financial plotting in jail and that there were very good explanations for what Murdaugh said in the calls.

For instance, Harpootlian said, when Murdaugh instructed a family member to deposit money into another inmate’s account, he was merely devising a workaround to the jail’s rules on a $60 weekly spending limit at the canteen.

In the words of at least one Twitter user, even in jail Murdaugh appears to be (allegedly) laundering money … according to what his attorney said, anyway.

During this attempt to explain Murdaugh’s apparent financial machinations on the jailhouse phone, an either amused or enraged Harpootlian (hard to tell which) gave, perhaps, (no, definitely), “too much information.”

“He’d like to get some more underwear,” Harpootlian said. “This is a guy who’s rolling-in-the-cash rich? Asking his his relatives to write checks to a canteen account so he can buy clean underwear? No, this is not.”

Since he was first incarcerated in Columbia through Dec. 9, Murdaugh has purchased exactly one set of boxers (listed as “2XL” … it’s not clear whether this is one pair of XXL boxers or two pairs of XL; either way … oh my). That purchase was for $4.85.

He first bought said pair of boxers on Nov. 18, 2021, one solid month after arriving at the jail.

This means that in the more than seven weeks he was in jail before Dec. 9, he spent $438.05 at the commissary.

And just over 1 percent of that went toward the drawers.

At the Jan. 10 hearing, Harpootlian also maintained that Murdaugh HAD TO come up with a workaround to the $60 a week spending rule because he was being exploited by that predatory, profiteering, privatized jail business model we’ve all heard about.

He said his client couldn’t buy clean underwear or new shirts because he has been getting bilked to the tune of “three bucks for a packet of salt and pepper, four bucks for mayonnaise, five bucks for ketchup.”

In other words, Murdaugh can’t afford his basic needs because “the cost of condiments.”

According to the documents we obtained, the cost of jailhouse condiments is actually:

I am unsure what the cost of ketchup is because it doesn’t appear he bought any from Oct. 19 through Dec. 9.

Party In My Cell!

Prior to the revelations this fall that Alex Murdaugh is in incredibly deep trouble, he was very well-liked in many Lowcountry circles and was seen as a generous host, as well as a gregarious and congenial guy, who was always ready to show his family and friends — and his sons’ friends — a large time.

He partied at places like Moselle, the family’s hunting lodge where the double homicide happened; before and after University of South Carolina games in Columbia and beyond; on boats; on the family’s Beaufort County island; at the beach; in the Bahamas; in Key West; and at the annual trial lawyers’ association meeting on Hilton Head Island, where he was spotted at multiple bars smiling and drinking just two months after the murders.

Murdaugh’s commissary receipts show us that the party still continues — with or without attendees. It’s not clear.

During his first six weeks of living behind bars, Murdaugh has purchased:

As Murdaugh told the judge during his Dec. 13 bond hearing for 48 of his 51 charges, he has been working out while in jail and is in “the best shape” of his life.

When not working out, Murdaugh might be catching up with his correspondence using the black Flex pen he bought for 45 cents his first week there. Or maybe he’s using it to fill out the $1.83 crossword puzzle or the $2.25 Sudoku puzzle he bought.

He might be engaging in some serious games of solitaire with the two sets of playing cards he bought for $2.58 a pack

And perhaps, he’s taking up cooking with the two “bowls with lid” that he bought for $1.47 apiece.

By Jan. 10, Murdaugh might have been in sore need of new underwear, but his metaphorical “jail closet” grew steadily over the six or so weeks prior to Dec. 9.

Through Dec. 9, Alex Murdaugh purchased two bars of Irish Spring soap for $1.50 each, three four-ounce bottles of shampoo for $1.30 each and two Speed Sticks for $3.99 apiece.

The week before Thanksgiving, he bought cough drops for $1.65.

And a single container of “petroleum jelly” for $1.83.

Stay tuned for more information in the days ahead about Murdaugh’s life in jail.