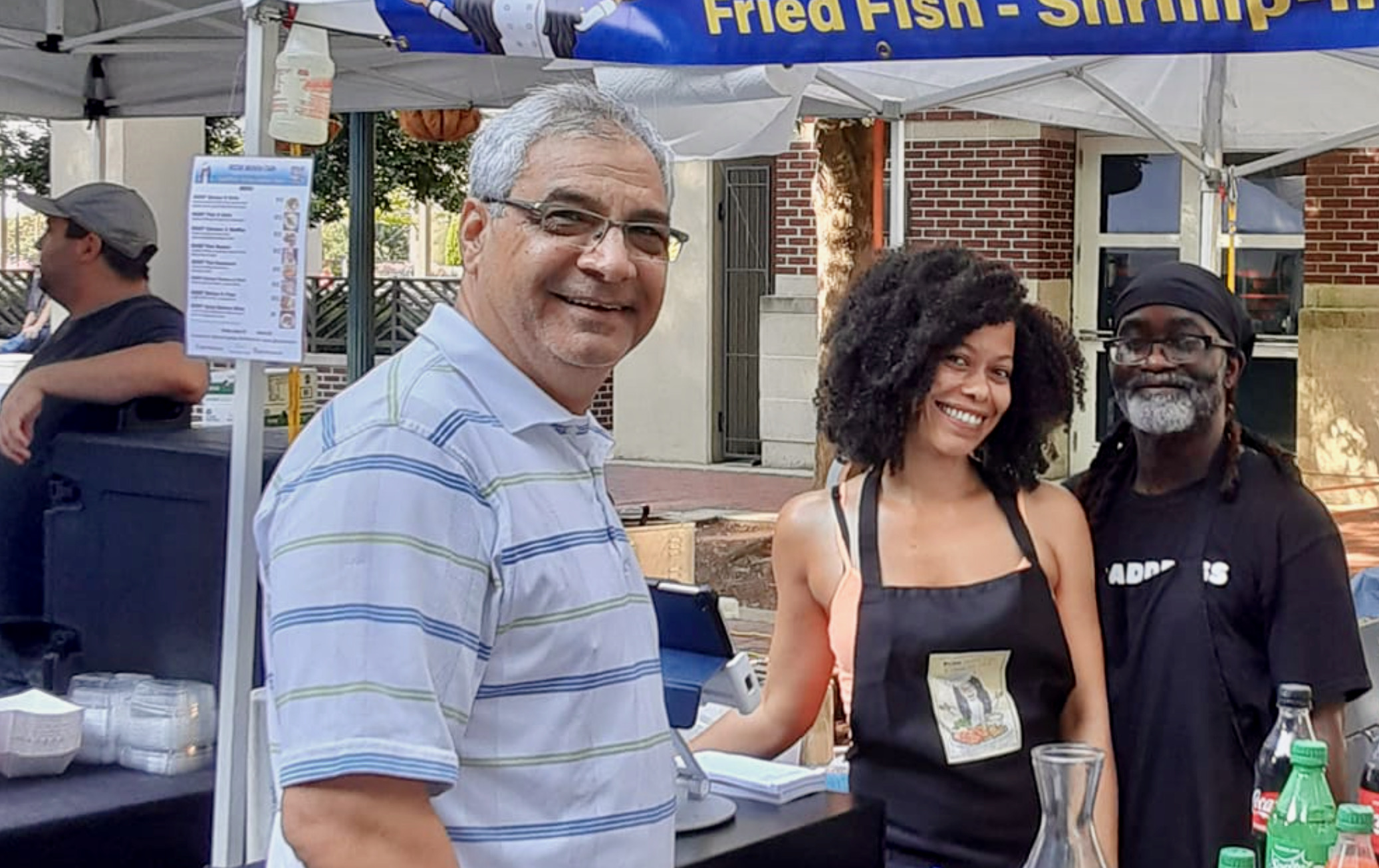 A former city of Columbia, South Carolina council member is running for mayor … again. Local businessman Moe Baddhourah filed his paperwork last month to campaign for the office he originally sought back in 2013, when he was defeated by incumbent Steve Benjamin.

He is the fourth candidate in the field, joining city council members Tameika Issac Devine and Daniel Rickenmann as well as local attorney Sam Johnson, the outgoing mayor’s former chief of staff.

Benjamin is declining to seek another term in office … opting to pursue a career as a lobbyist at the S.C. State House. How is that effort going?

In fact, sources familiar with the situation tell me Benjamin (above) had be “sat down” in connection with a recent hearing before the S.C. supreme court over his attempt to impose a mask mandate at Columbia, S.C. schools in response to the delta variant of the coronavirus pandemic.

Such mandates were expressly prohibited by the S.C. General Assembly – and Benjamin has been taken to court by S.C. attorney general Alan Wilson over the matter.

Sound familiar? The mayor has repeatedly challenged state leaders on matters of public policy … and been rebuked by the courts.

Benjamin, an attorney, was reportedly planning to argue the Columbia mask mandate case personally on behalf of the city, however “multiple interests” close to the fight told me last week that he was benched in favor of a “real lawyer.”

Questions about Benjamin’s competence notwithstanding, sources familiar with the situation said his top client – Prisma Health – was concerned about the optics of their registered lobbyist arguing against legislative leaders in court.

“He’s done enough to piss off the General Assembly this year,” one source familiar with the situation told me, referring to Benjamin’s involvement in a high-profile judicial battle and an acrimonious debate over funding for the city of Columbia’s cash-strapped convention center.

According to the former councilman, who spent seven years in office from 2012-2019, the Covid-19 pandemic has exposed the need for more business perspectives in local government.

“Since leaving office in 2019, I have united with my neighbors in weathering the pandemic, have re-invested in my community by opening a new restaurant and creating local jobs, while continuing to look after family and friends,” Baddhourah said in a statement announcing his candidacy. “These are difficult times and now, more than ever, Columbia needs experienced leadership in city government. I recently left politics and my seat on the Columbia city council, but with this new crisis in the form of a global pandemic, I have decided to offer my experience in business and government to the people of Columbia and enter the race for the mayoral seat soon to be vacated.”

Specifically, he told reporter Josh Cruse of The (Columbia, S.C.) Star he plans to fully repair the damaged Columbia canal within four years and impose a freeze on city water rates. He has also vowed to end controversial transfer payments from the city’s water and sewer fund.

Baddourah will likely have to deal with the fallout from his 2016 arrest on second degree domestic violence charges following an incident with his ex-wife – although this charge was expunged from his record following his successful completion of a pre-trial intervention (PTI) program.

Baddourah said he chose to enter PTI in order to keep his eight-year-old child from being called as a witness in his trial.

“I am confident of two things: Taking this action to avoid putting my child through the gut-wrenching process of a trial is the only responsible thing for a parent to do, and that I would have been exonerated at trial,” Badourrah said at the time.

Sources closed to Badourrah also furnished this news outlet with court filings in which a Richland county family court judge determined his former wife was “evasive” and “not credible” in responding to questions from “her attorney as well as on cross-examination.”

Columbia voters go to the polls on November 2 to choose their next mayor.

William Timmons’ Affair Allegations Are About To Make National News