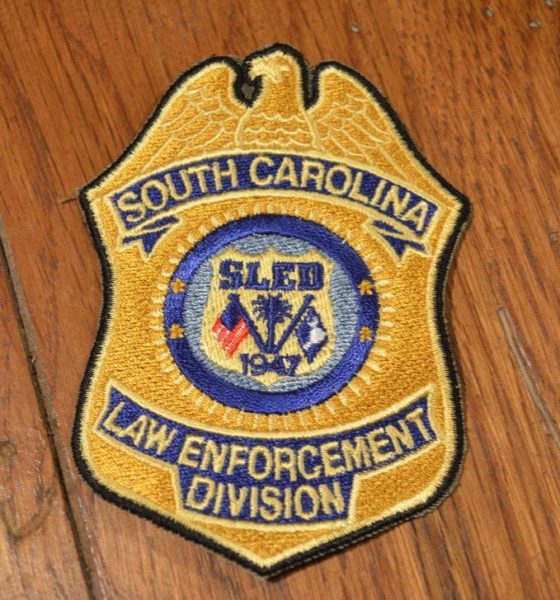 The lead investigative agency on the high-profile double homicide that took place last week in Colleton county, South Carolina issued a statement Tuesday afternoon providing its first public comments on the ongoing investigation into this crime. The release also provided an initial timeline related to law enforcement’s role in this yet-to-be-solved mystery – which has captivated the attention of readers across the nation (and beyond).

The graphic killings – which police believe took place between 9:00 and 9:30 p.m. EDT last Monday, June 7, 2021 – claimed the lives of 52-year-old Maggie Murdaugh and 22-year-old Paul Murdaugh, both of Hampton, S.C. The Murdaughs belonged to one of the Palmetto State’s most influential families, with deep connections to police, prosecutors and politicians in the South Carolina Lowcountry.

According to the statement provided on Tuesday by the S.C. State Law Enforcement Division (SLED), the investigation into these savage slayings began at 10:07 p.m. EDT last Monday when R. Alexander “Alex” Murdaugh – Maggie’s husband and Paul’s father and a prominent local attorney – placed a 9-1-1 call which was routed to the Colleton county dispatch center.

“During that call, Murdaugh indicated to the Colleton county dispatch center that he had returned to family property located at 4147 Moselle Road in Islandton, South Carolina to find the bodies of his wife Margaret ‘Maggie’ Murdaugh and his son Paul Murdaugh shot outside of the residence on the property,” the statement noted.

Deputies of the Colleton county sheriff’s office “immediately responded to the location,” at which point they discovered that “Paul and Maggie had both sustained multiple gunshot wounds.”


At 10:28 p.m. EDT – just over twenty minutes after the 9-1-1 call from Murdaugh was received – SLED was contacted by the Colleton sheriff’s office. At that time, SLED’s “assistance in conducting this double murder investigation” was requested. At 11:47 p.m. EDT, agents from SLED’s various Lowcountry regional offices “began arriving on scene.” Twenty minutes after that, SLED’s crime scene personnel were on the scene collecting evidence.

“SLED agents began working with the Colleton county sheriff’s office immediately to evaluate the crime scene and take the lead on this investigation,” the statement noted. “SLED crime scene agents began arriving on scene at 12:07 a.m. Crime scene personnel worked throughout the morning of June 8 to collect evidence and submitted it to SLED’s forensic lab, which immediately began processing and testing the evidence.”

SLED’s release offered no indication as to what evidence it is reviewing in connection with the murders, although as I reported yesterday the agency is said to be examining “a variety of digital records and other information” related to Alex Murdaugh, who placed the 9-1-1 call after discovering the bodies.

Murdaugh was identified very early in the inquiry by law enforcement and prosecutorial sources as a “person of interest” in connection with the slayings – however he has reportedly provided police with an “ironclad” alibi. Attorneys close to the powerful Murdaugh family have told me he is not a suspect in the case and is “cooperating fully” with SLED. These sources further claim that Murdaugh’s interview with SLED investigators last week was all about “closing the book on him as any sort of suspect” in the case.

My sources have challenged those assumptions, however …

As for the next steps in the investigation, it is not immediately clear where things are headed. SLED’s release did not provide a narrative related to the shootings – nor did it identify any suspects or provide a description of anyone who is currently being sought in connection with the murders. The release also made no appeal to the public for information about the case.

What did it say?

“SLED agents have been working the case continuously since arriving on scene with the assistance of the Colleton County sheriff’s office deputies and others, and that work continues,” the agency’s release stated. “We continue to pursue all leads and the investigation is certainly active and ongoing at this time. We will continue to submit all forensic evidence to SLED’s forensic lab.”

The statement added that SLED is “committed to conducting a professional and thorough criminal investigation” into the murders, as well as providing “transparency” in terms of releasing information to the public – including information from the 9-1-1 call.

Still, the release cautioned that the agency would not publish any information until “the appropriate time.”

“We cannot and will not do anything that could jeopardize the integrity of this investigation or that would violate the due process afforded to all in our constitutional system of justice,” the release concluded.

Here is the statement …

As noted in prior coverage, the Murdaughs are an institution in the South Carolina Lowcountry – exercising outsized influence over the dispensation of “justice” in Allendale, Beaufort, Colleton, Hampton and Jasper counties. Three generations of Murdaughs served as solicitor in the S.C. fourteenth judicial circuit from 1920-2006. During this time (and since, some say) the family has determined the destinies of thousands of individuals tied to various criminal and civil cases. Also, Alex Murdaugh and his brother work at the prominent Hampton, S.C. law firm of Peters, Murdaugh, Parker, Eltzroth and Detrick (PMPED) – the dominant law practice in the fourteenth circuit and one of the most powerful law firms in the state. In addition to his private practice, Alex Murdaugh assists S.C. fourteenth circuit solicitor Duffie Stone’s office on certain cases – and reportedly carries a law enforcement-style badge issued by the solicitor.

Stone, incidentally, is under increasing pressure to recuse himself from the investigation.

As I reported over the weekend, SLED has been aggressively pursuing any number of potential narratives tied to this graphic crime. Among them? Allegations that Paul Murdaugh was “targeted” due to his alleged role in a fatal February 2019 boat crash that occurred just north of the Marine Corps Recruit Depot (MCRD) at Parris Island in Beaufort County, S.C.

This horrific crash – which killed 19-year-old Mallory Beach – dominated headlines for months in South Carolina and thrust the Murdaughs (and their many political, prosecutorial and law enforcement connections) into the statewide limelight.

Beach died when a 17-foot center console fishing boat allegedly driven by an inebriated Paul Murdaugh slammed into a pylon near the Archer’s Creek bridge. Her body was found a week later – five miles away from the crash site – with the local coroner identifying the cause of death as blunt force trauma and drowning. All of the surviving passengers on the boat – which was owned by Alex Murdaugh – were described by local law enforcement as being “grossly intoxicated” in the aftermath of the crash.

According to my sources, the ongoing boat crash inquiry “involves Alex Murdaugh and possibly other members of his powerful family.” Specifically, that investigation – which is separate from the double homicide probe – focuses on whether any members of the Murdaugh family or their local allies attempted to tamper with the investigation into 2019 the boat crash.