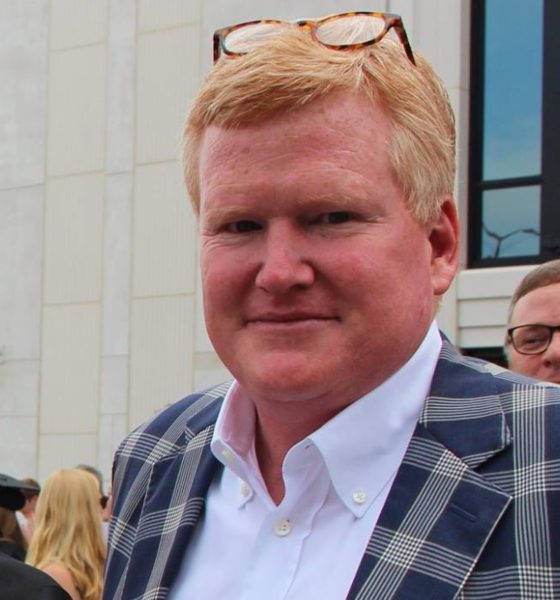 Sources familiar with the investigation of a brutal double homicide in rural Colleton county, South Carolina say that a family member of the victims is a “person of interest” in their ongoing inquiries. However, they stopped short of calling this person a suspect in the case.

R. Alexander “Alex” Murdaugh – who discovered the bodies of his wife Maggie Murdaugh and son Paul Murdaugh on Monday evening (June 7, 2021) at around 10:00 p.m. EDT – has nonetheless become a central focus of the probe into their deaths, law enforcement sources confirmed to me early Wednesday.

Police declined to discuss any details related to their interest in Murdaugh, noting that the investigation is in its early stages.

“Facts are fluid,” one source told me, adding that things could become considerably clearer “within the next forty-eight hours.”

As of this writing, no one has been apprehended or charged in connection with this crime. Also, police have not provided any information to the public as to possible suspects. However, local and state law enforcement agencies have gone on the record in the aftermath of the savage slayings saying there is “no danger to the public.”

Many have interpreted this declaration as an indication investigators know (or believe they know) who committed these shocking murders … which sparked a flood of speculation on Tuesday that had many South Carolinians comparing the saga to a John Grisham novel.


The S.C. State Law Enforcement Division (SLED) – which is leading the inquiry – declined to discuss the status of the investigation or its reported interest in Alex Murdaugh.

“No additional information is available while we are conducting an active investigation,” SLED spokesman Tommy Crosby told me on Wednesday morning.

A critical item to mention? Alex Murdaugh has reportedly provided investigators with an “ironclad” alibi for his whereabouts at the time of the shootings – which police believe took place sometime between 8:50 p.m. and 9:30 p.m. EDT on Monday evening. Also, his status as a “person of interest” is not all that surprising given that he is the one who discovered the bodies – and given his status as husband and father of the two victims.

Still, sources familiar with the inquiry told me late Tuesday that there are “credible concerns” related to the timeline of the shootings. They are also probing what one source described as “possible manipulation of the crime scene” – although, again, they declined to provide any details regarding that facet of the inquiry.

One cryptic detail was provided …

“In our current age, technology makes it very difficult for people to hide their movements,” a law enforcement source familiar with the inquiry told me.

According to multiple law enforcement sources familiar with the crime scene, Paul Murdaugh and Maggie Murdaugh were both killed “execution-style” by a yet-to-be-identified assailant(s) using “multiple firearms.”  Police believe the killings were “clearly premeditated,” but have declined to discuss any details related to the victims and their wounds, the weapons and ammunition used in the commission of the crime or the timeline/ narrative of the slayings.

The Murdaughs are one of the most powerful families in the Palmetto State. Three generations of Murdaughs served as solicitor for the state’s fourteenth judicial circuit from 1920-2006, and three Murdaughs – including Alex Murdaugh – currently work for the prominent Hampton, S.C. law firm of Peters, Murdaugh, Parker, Eltzroth and Detrick (PMPED).

The family is no stranger to controversy …

Paul Murdaugh, readers will recall, was accused of multiple felony charges in connection with a tragic February 2019 boating accident that killed 19-year-old Mallory Beach. Murdaugh had pleaded not guilty to those charges, and was awaiting his day in court at the time he was murdered.