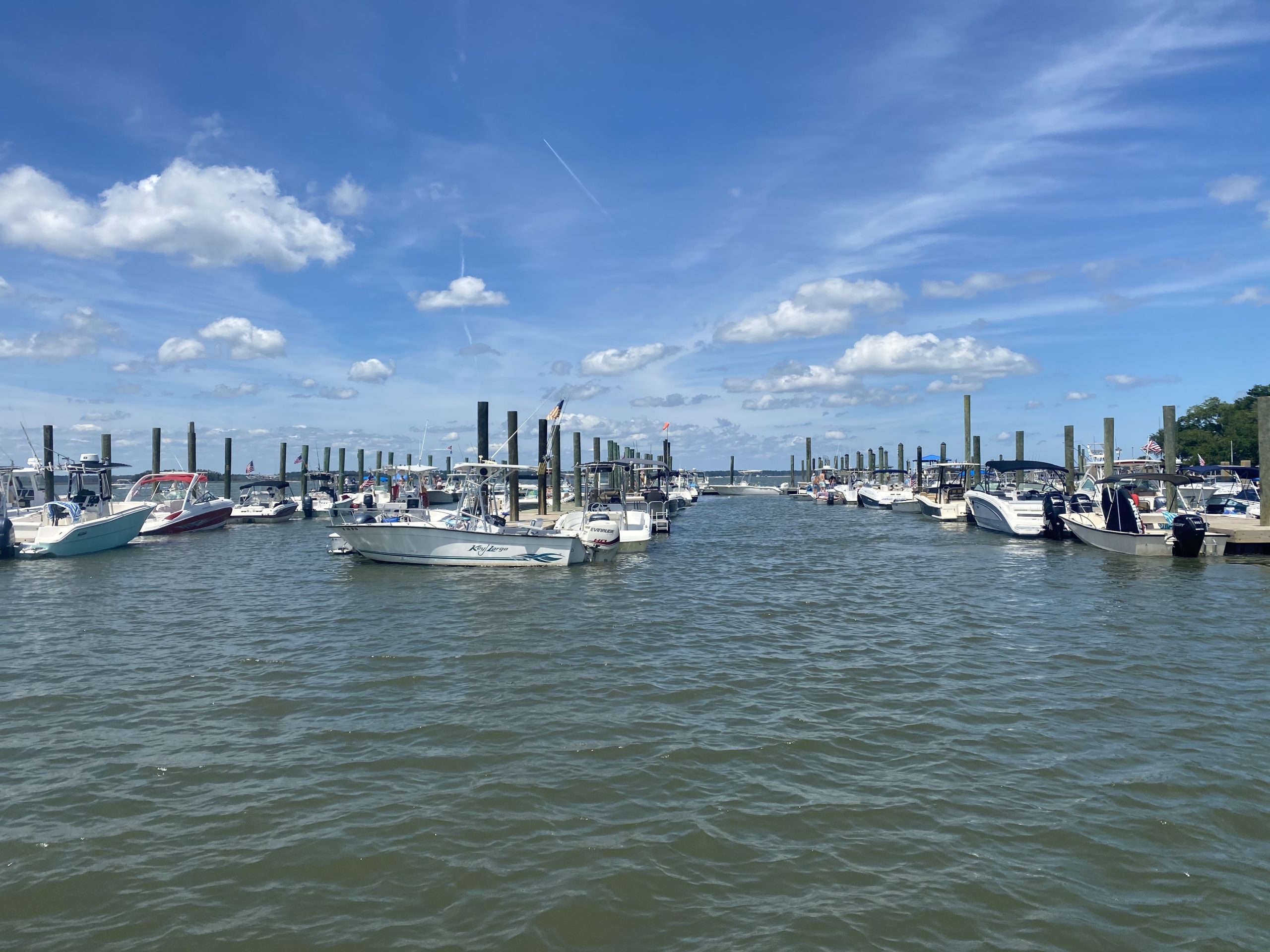 Multiple law enforcement agencies responded to Daufuskie Island Saturday after several people were injured in a 30-person drunken brawl at one of the Lowcountry’s most popular boating destinations, according to a sheriff’s office report.

The Beaufort County Sheriff’s Office was called to Freeport Marina on Daufuskie Island — where roughly 30 people were in a fight on the docks around 4:20 p.m. Saturday, according to the police report. The South Carolina Department of Natural Resources (SCDNR) and the U.S. Coast Guard responded as well.

According to the Beaufort County Sheriff’s Office, deputies arrived on scene after the scuffle and said it was difficult for them to figure out exactly what happened because so many intoxicated people told them different versions of the story. It also appeared like several people in the fight had already left by the time police arrived.


Multiple witnesses spoke to FITSNews and described the scene on the Daufuskie Island docks Saturday as “very trashy.”

Facenda told police that the older man pulled out a “black Glock-looking pistol,” when he threatened him, but that claim was not backed up by other statements.

Anyways, the older man took off, but another group of boaters started fighting with Facenda and his friends, according to the report.

At one point, a woman pushed another woman, which made her stumble into a man named Michael — who apparently was just trying to carry two drinks to his boat when he got caught up in the altercation, according to the report.

Facenda mistakenly thought that Michael had shoved the girl, so he attacked him, according to witness accounts in the police report

Michael was then punched in the face, the report said. Facenda’s brother —Aaron Facenda — allegedly put him in a headlock while Jesse hit him in the face, according to the police report. Michael then fell to the ground and broke his right ankle.

Other people then started fighting Jesse Facenda and his glasses were cracked, according to the report. He then either fell off or was pushed off the dock and cut his arm on barnacles in the water.

Michael, bleeding heavily from the mouth, was able to stumble to his boat and told his friends to drive him to the hospital immediately, according to the report.

Soon after he got to the hospital, Michael contacted law enforcement and reported the incident.

Police said that all parties involved in the fight except Michael appeared to be intoxicated.

Jesse Facenda admitted that he assaulted a person, but didn’t know who he assaulted, according to the report.

Deputies said they believed Jesse and Aaron Facenda were the primary aggressors in the situation and caused injuries consistent to second-degree assault and battery. However, a witness told FITSNews that Aaron was not an aggressor and did not touch Michael.

The Beaufort County Sheriff’s Office has not made any arrests in the case, but deputies planned on showing Michael a photo-lineup for him to positively identify the aggressors, the report stated.

Again- no charges have been filed in this case and the above narrative is just the investigating officer’s account (which is below for the purpose of disclosure).


Daufuskie is South Carolina’s most southern island, sitting between Hilton Head and Savannah. Daufuskie is just across the Calibogue Sound from Hilton Head’s Harbour Town and is only accessible by boat.

All parties are innocent until proven guilty in the court of law.