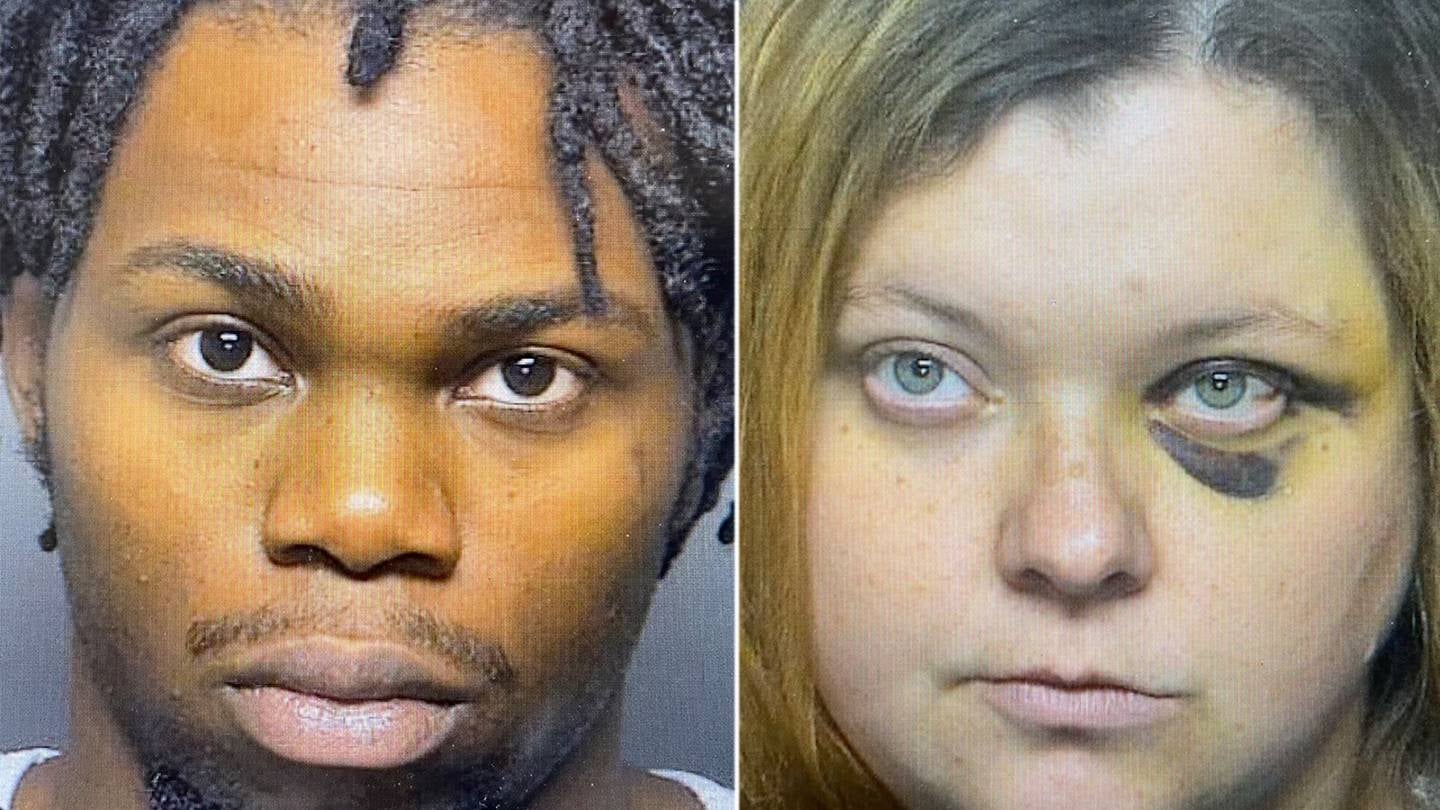 Since Monday night, police in Richburg, South Carolina have embarked on a large manhunt searching for an armed and dangerous man who shot at law enforcement officers and fled the scene, according to the Chester County Sheriff’s Office.

Now, the 26- year-old wanted man Tyler Donnet Terry and Adrienne Simpson, the 34-year-old woman who was arrested Monday when Terry ran from police, have been accused of at least three murders since May 2 between Missouri and South Carolina.

On Friday, Chester Sheriff’s Office officials ramped up the manhunt and expanded the perimeter beyond Fishing Creek closer to Fort Lawn.

“We have more than doubled our man power as of this morning and have received additional air assets from the FBI,” the Chester County Sheriff’s Office said Friday morning.

Police in St. Louis said in a press conference Thursday that they believe Terry and Simpson drove to St. Louis on May 15 and fatally shot a doctor and a 70-year-old woman in separate incidents in Brentwood and University City, Missouri, KMOV reported.Police believe the murders were random and for robbery.

“We cannot find a tie to either one of these people to St. Louis. From now what it appears, this modern day version of Bonnie and Clyde do several violent crimes in South Carolina,then travelled across the country,” Brentwood Police Chief Joseph Spiess, Jr. said, according to KMOV’s reporting.

Simpson and Terry have also been charged in the murder of Thomas Durell Hardin on Lowery Row in York on May 2.

York Police also obtained warrants on Terry for attempted murder, weapon possession, first-degree burglary, and injury to property for other shootings in York on May 2.


To make this case even crazier, on Wednesday evening Chester County police found the body of Simpson’s husband Eugene Simpson — who had been missing since May 2, the day when the alleged crime spree began, WBTV reported.

The ‘Bonnie and Clyde’ duo has not been charged in Eugune Simpson’s homicide.

“In addition to the fugitive search, we are conducting numerous investigations tying (Terry) to other serious criminal activity,” Chester County Sheriff’s Office officials said Wednesday. “We want the public to be well aware of the seriousness of the situation and give more perspective of how dangerous Terry is.”

Law enforcement officials have been searching for Terry mostly in Chester and York counties since Monday evening.

“The driver proceeded to evade law enforcement and led deputies on lengthy chase during which gunfire was exchanged,” the South Carolina Law Enforcement Division (SLED) said. “Multiple law enforcement vehicles were struck by the subject’s gunfire.”

During the chase, Terry crashed his vehicle and fled from the scene into a wooded area, according to police.

Simpson was then taken into custody.

Law enforcement have mostly focused their search in the Highway 9 area of Chester County.

As of Thursday evening, Chester County officials said they were searching the area between Fishing Creek and Sloan Road.

“We are asking residents in the area to remain on high alert, secure their firearms, lock their doors and continue reporting suspicious activity to 911,” Chester County Sheriff’s Office officials said around 5 p.m. Friday.

Click on the video below to see a Tyler Terry, who was last wearing a Burns Auto shirt with the name David on it, black pants, and crocks.