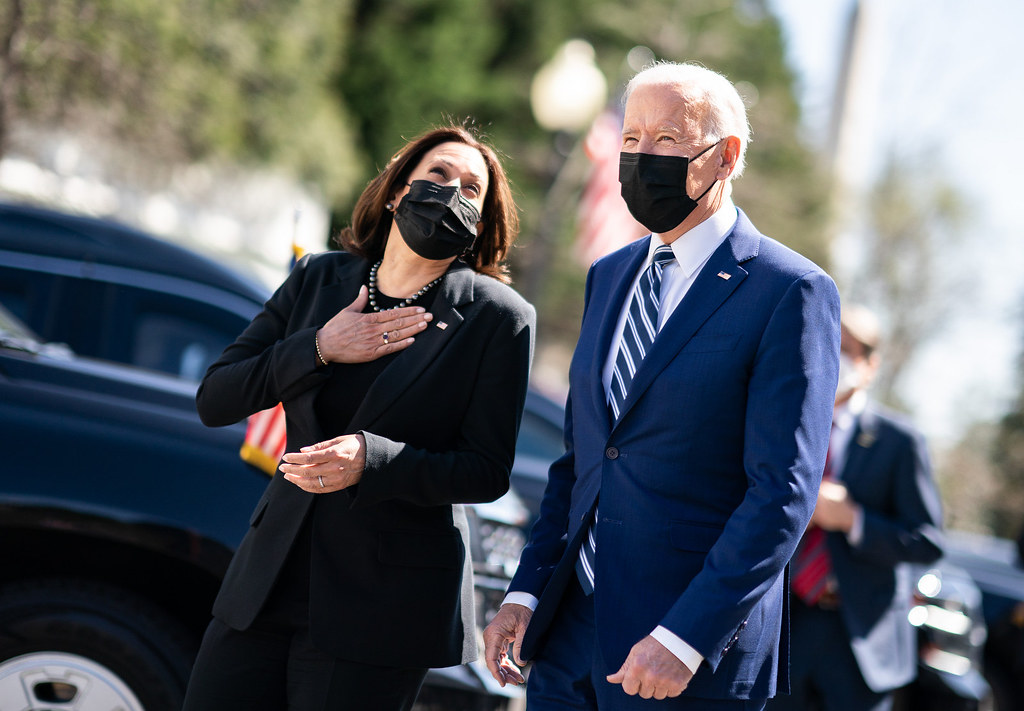 In a potential preview of a 2024 presidential rematch, former U.S. president Donald Trump is ripping his predecessor Joe Biden in no uncertain terms – mocking him over a litany of crises which have called into question the latter’s leadership skills.

In blasting Biden, Trump had a humorous take on comparisons being drawn between the current president and Jimmy Carter – a one-term Democrat who struggled mightily during his four years as president from 1977-1981.

“I see that everybody is comparing Joe Biden to Jimmy Carter. It would seem to me that is very unfair to Jimmy Carter,” Trump said in a statement. “Jimmy mishandled crisis after crisis, but Biden has CREATED crisis after crisis. First there was the Biden Border Crisis (that he refuses to call a Crisis), then the Biden Economic Crisis, then the Biden Israel Crisis, and now the Biden Gas Crisis. Joe Biden has had the worst start of any president in United States history, and someday, they will compare future disasters to the Biden Administration – but no, Jimmy was better!”

In a separate statement, Trump trolled Biden even harder by tying the current gas crisis to the litany of scandals surrounding his son, Hunter Biden. He also chided Biden’s secretary of energy, Jennifer Granholm as being “lost.”

“If there were long and horrible gas lines like this under President Trump, the Fake News would make it a national outrage!” Trump said. “Did Joe Biden put Hunter in charge of our energy, with all of his Burisma experience? Even Energy Secretary Jennifer Granholm is lost!”

“Today’s headlines are ripped straight out of the newspapers of 1973,” Rick Manning of the group Americans for Limited Government wrote in a column published by Town Hall. “For those who remember 1973, the idea of America traveling back to experience the travails of that era after experiencing four years of hopeful pursuit of peace and prosperity in our nation is a little bit depressing.”

In addition to citing many of the issues raised by Trump, Manning’s column also addressed arguably the biggest problem facing Biden – inflation.

Just yesterday, the U.S. Bureau of Labor Statistics (BLS) announced that the consumer price index expanded by a staggering 0.8 percent in April after rising by an adjusted 0.6 percent during the month of March. The former increase was the largest on record in nearly thirteen years (dating back to June 2008).

“Rising inflation is another Biden gift from 1973, a year where the inflation rate almost doubled from the previous year to 6.22 percent,” he wrote. “In the first three months of the Biden administration, inflation has almost doubled to 2.6 percent with a reasonable expectation that the prices Americans pay for goods will continue to increase as the full effects of the helicopter money policies demanded by the Democrats continue to be felt throughout the economy.”

Manning is correct. In fact, his point underscores my contention that Biden’s “stimulus” was simply not necessary, and is in fact hamstringing America’s recovery from the coronavirus pandemic and its subsequent societal shutdowns. Worth recalling, though? Trump signed a smaller but similarly ill-conceived “stimulus” last December – even after calling the legislation a “disgrace.”

At the time I blasted this decision as “Trump’s latest cave” – a reference to his history of selling out fiscal conservatives. So yeah … I have consistently called out both of these leaders out for their addiction to “helicopter money.”

Will Trump run again in 2024? If so, it’s hard to see anyone credibly challenging him in a Republican primary (ahem, Nikki Haley). Which means he would likely square off against Biden again … assuming the incumbent remains upright.