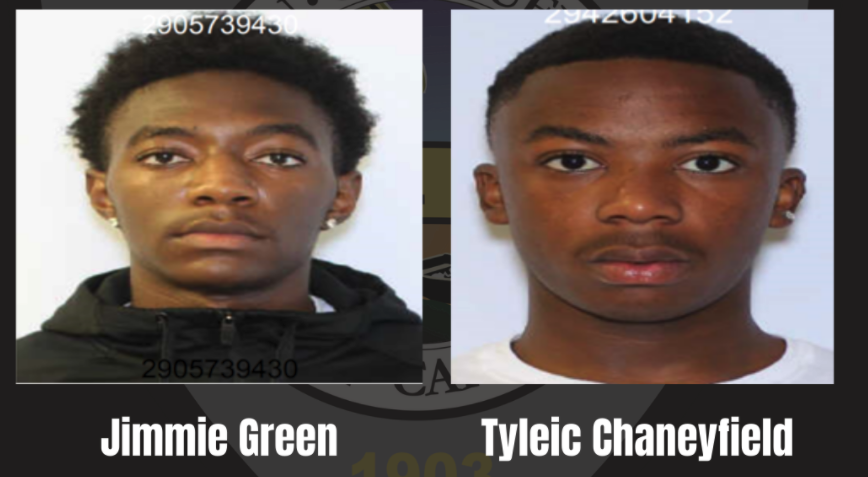 Four days after a Bluffton High School student was murdered in a drive-by shooting, two suspects turned themselves into police.

Chaneyfield and Green are each charged with murder, two counts of attempted murder and possession of a weapon during a deadly crime.


Four teenagers have been arrested in the deadly Friday night shooting.

Jayden Void, an 18-year-old Hilton Head Christian Academy student, and Shayniah Void, 18, who is from Orangeburg, S.C., were arrested Saturday and charged with accessory after the fact to a felony or murder.

The siblings are being held on a $1 million bond.

Bluffton High School senior Dwon Fields Jr. died in the Friday night shooting. He was 18 years old and set to graduate this year.

Edwin Graham Jr. (EJ), a 16-year-old Bluffton High School sophomore, was severely injured in the shooting. He was transported to Savannah Memorial, where he has been in the ICU since Friday. According to a GoFundMe page set up for Graham, he faces multiple surgeries in the next few weeks.

An 18-year-old Bluffton High School student who was in the same car as Graham and Fields was released from the hospital Saturday.

The shooting occurred around 11:25 p.m. Friday at the intersection of Bluffton Parkway and River Ridge Drive near Hampton Lake — a quiet residential area of Bluffton, which is between Hilton Head and Savannah, Georgia, according to the police report.

Bluffton Police say that the suspects shot at the victims’ car multiple times, causing the car to veer off the roadway and crash.

Fields died on scene, while the other teenagers were transported to the hospital following the shooting.

All three victims in the incident were Bluffton High School athletes and well-known in the community.

D’won “DJ” Fields worked at Kilwin’s in Bluffton when he wasn’t at school or playing sports.

Jake Higgins, Kilwin’s owner, set up a GoFundMe for Fields’ family, as well as a scholarship fund in DJ’s name for local athletes attending trade schools.

“DJ was a true example of kindness and fairness and his example has influenced the lives of many in sports and in work,” Higgins wrote. “He was a diligent, hard worker who wanted to enroll into a trade school for welding.  He was larger than life and his smile and protector personality will be sorely missed by all of us.”

At a press conference Monday, DJ’s father Dwon Fields Sr. begged the community to help the police as they continue to investigate the heinous crime.

“If anyone has any information about this, please come forward,” he said between bursts of tears. “Our son was supposed to graduate June 18. He just made his college decision this Thursday. We were planning for a graduation on June 18 and now I have to bury my son.”

The South Carolina Law Enforcement Division (SLED) and the Beaufort County Sheriff’s Office are assisting in the ongoing investigation.