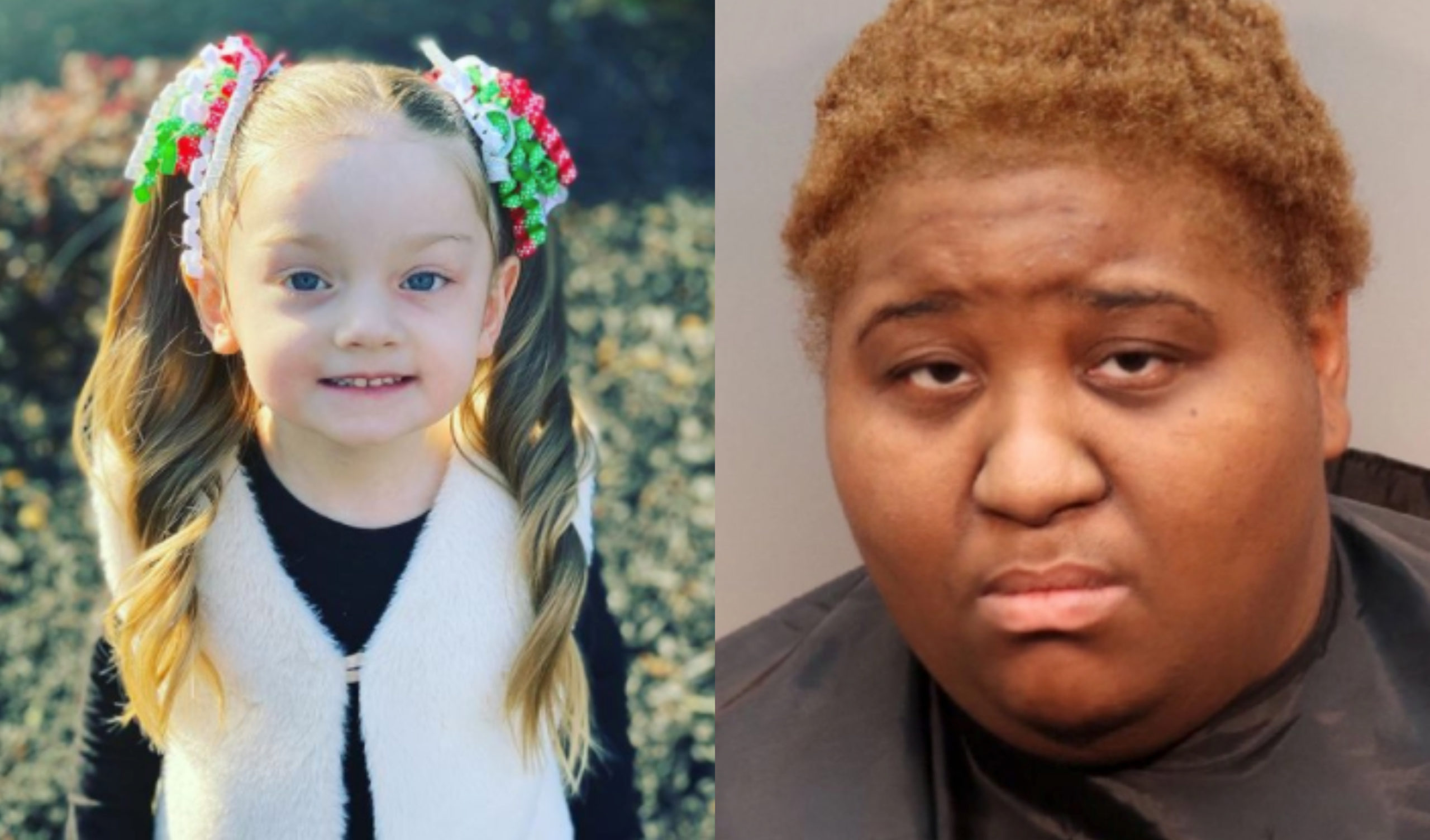 One day after 3-year-old Victoria ‘Tori’ Rose Smith was killed, her foster mother Ariel Robinson — who is now charged in her murder — sent a friend a Facebook message.

The friend, who wanted to be called “Jill” in this story for her family’s privacy, had plans to see Robinson at her home in Simpsonville, South Carolina that weekend.

Robinson, who is best known for winning season 20 of “Worst Cooks in America on the Food Network, was filming a new cooking show for her YouTube channel and Jill was going to be a guest.

“I am so sorry we are going to cancel for tomorrow. I will be in touch,” Robinson messaged Jill on January 15.

Ariel didn’t mention anything about the nightmare that occurred in their home just hours before — 3-year-old Tori, who she was scheduled to officially adopt the next week, had suddenly died.

Less than 24 hours before she messaged Jill, Ariel Robinson’s husband called 911and told dispatchers that Tori choked on water around 2 p.m. Jan. 14.

That evening, Jill’s father called and told her the news.

“I actually argued with my own dad and told him that there was no way he saw Ariel on the news for something like that,” Jill said. “I was literally in shock especially after Ariel and I just spoke about my daughter and Tori playing together just a few days before everything happened.”

Jill has been in a state of shock ever since she heard the news. One month later, she’s still peeling back the layers in the case.

At the hearing Friday, the prosecutor presented disturbing details in the investigation, including:

“After hearing the details the prosecutor gave, I am able to grasp the idea more that she is guilty,” she said. “It’s still super emotional and I feel so heartbroken for the other children and all the families involved because no one saw it coming at all.”

Jill said she was surprised by Ariel’s cold reactions at the bond hearing Friday.

“The only time she was emotional was when she was denied bond and heard about Austin (Jerry) making a statement against her,” Jill said. “I don’t know if the lack of emotions came from her being isolated in jail or if it’s something with her mentally.”

Jill has known Ariel Robinson since they were kids. She said Ariel grew up in a loving, religious home with a strict father.

“She did tend to be a bully in our early elementary years, but by middle school she was the girl that everyone was friends with,” Jill said.

Ariel gave birth to her first born son when she was in high school, Jill said.

After Ariel and her husband Jerry had their second son, Ariel spoke openly about how bad she wanted a baby girl on social media. Jill said she recalls the couple getting ready to adopt a newborn baby girl in 2019.

“I remember them having everything ready for the baby and right before the baby was to be born, the mom changed her mind about giving the baby up,” Jill said. “I remember Ariel being so heartbroken.”

Jill was one of many who supported the Robinsons’ GoFundMe account for the adoption.

“It was just a short time later she announced she was going to adopt three children and needed the additional funds for the adoption,” Jill said.

Between the foreclosure and the GoFundMe adoption account, it should have been obvious to SCDSS that the Robinsons couldn’t afford three children, Jill said.

At the bond hearing Friday, the prosecution dropped a bombshell in the case — Ariel and Jerry hadn’t yet officially adopted Tori and her brothers. On social media, Ariel always made it look like the adoption was finalized.

“I wonder how it would have played out with the foreclosure and the adoption hearing taken place,” Jill said. “I wonder if DSS isn’t doing thorough financial checks before allowing adoptions to happen. There are just so many questions regarding the system and if people are being checked thoroughly before being able to foster/adopt.”

According to Tori’s biological mother, the three siblings were in SCDSS custody partially because she couldn’t find housing.

On social media, Ariel Robinson looked like she had it all. She had the house, the husband, the five kids — snd she was suddenly struck with 15 minutes of stardom, and some fast cash ($25,000) after her Food Network reality TV win in August.

Ariel appeared to be milking her fleeting reality TV fame for whatever it was worth. She posted to her social media accounts several times a day and hosted a weekly podcast with her husband.

Looking back now on Ariel’s social media, Jill remembers thinking that something was off.

“Literally just about everyday, you saw a post about Tori,” Jill said. “I always found it odd she always posted Tori and rarely posted the boys, and if she did, it was all four boys together never just Tori’s brothers.”

Like so many others who are now combing through Ariel’s social media accounts looking for clues, Jill also noticed how often she “joked” about Tori in a way that seemed spiteful.

On social media, Ariel often referred to Tori as “the threenager.” Ariel said on her podcast that Tori acted older than her age and “had an attitude.” She also called Tori an “evil genius.”

In the post below, Ariel refers to Tori as “a little Heifer” after Tori said she was daddy’s princess, and not mommy’s princess.

Jill said at the time, she thought it was just a part of Ariel’s humor.

“Now, knowing what went on, it’s extremely disturbing and makes me wonder if those ‘jokes’ were actually the truth and not jokes at all,” Jill told FITSNews.

Jill has learned a big lesson in all of this.

“It’s crazy how you go your entire life thinking you know someone, but in reality, you don’t know them at all,” she said. “You never know what a person is trying to cover up in their life.”

Like so many others following this case who are heartbroken about Victoria Rose Smith, she wants to know why SCDSS wasn’t paying close attention to the Robinsons.

“I think this also opens up a world of opportunity for DSS reform in South Carolina,” she said. “Clearly they need to get it together and I hope this is a lesson for lawmakers that it’s time for new laws that will protect children and not allow them to be put in harm’s way.”

In the aftermath of the tragedy, Victoria Rose Smith’s biological family has publicly pushed for South Carolina Department of Social Services (SCDSS) reform.

More than 38,000 people have signed a petition started by the biological family asking state lawmakers to reform the South Carolina Department of Social Services (SCDSS) — a scandal scarred agency whose failures are now in the national spotlight.

The murder of Victoria Rose Smith has caught a lot of national attention in the last few weeks. On Wednesday, Nancy Grace covered the tragedy on her podcast.

We hope to bring more details in this case in the future. Stay tuned.