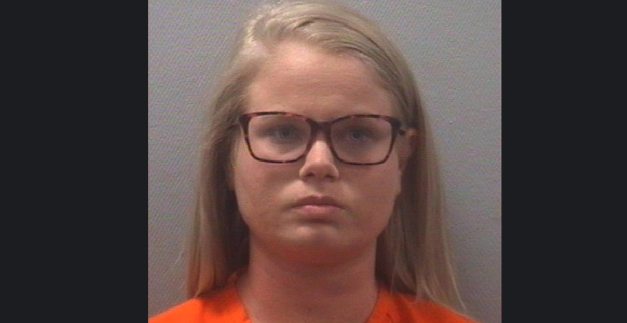 Samantha Lynne Knopsnyder, who previously taught at Sandhills Middle School in Gaston, South Carolina, recently requested a hearing from SCDE in order to change the status of her educator certificate, which was suspended in 2018 following her arrest.

Knopsnyder was charged with third degree criminal sexual conduct with a minor in August 2018, according to the Lexington County Sheriff’s Department.


The inappropriate relationship occurred in 2017 when she allegedly kissed a former student, according to the sheriff’s office.

In 2019, Knopsnyder pleaded guilty to a lesser charge of second-degree harassment for engaging in a “pattern of intentional, substantial and unreasonable intrusion into the private life of the victim, that served no legitimate purpose, and which would cause a reasonable person in his position, to suffer mental or emotional distress,” according to SCDE.

According to online court documents, her sentence was 30 days in jail or a $200 fine.

After her court case was finalized, Knopsnyder requested a hearing in her case with SCDE state board to get her teaching license back. The hearing was held in December.

The SCDE hearing officer found “substantial evidence that Ms. Knopsnyder engaged in an inappropriate relationship with the student, who was in middle school at the time, and that the relationship included inappropriate communications and physical contact,” the SCDE order said.

SCDE officials found evidence that showed Knopsnyder’s relationship was romantic and included sexual contact with the student, according to the order.

The victim, who was a middle school student at the time of the incident, testified at the SCDE hearing.

“The hearing officer found the student’s testimony during the hearing to be credible, based on his demeanor during his testimony, his offer of details about the relationship, and the fact that his testimony was corroborated by a considerable amount of other evidence,” the SCDE order said.

In the hearing, Knopsnyder also admitted to deleting Facebook messages between her and the victim. The hearing officer found her testimony not credible due to several inconsistancies between the story she told and the evidence, the order said.

Ultimately, the state board ruled to permanently revoke Knopsnyder’s educator certificate on February 9 “due to the severity of misconduct” presented at the hearing.

She will not be allowed to teach in South Carolina again.