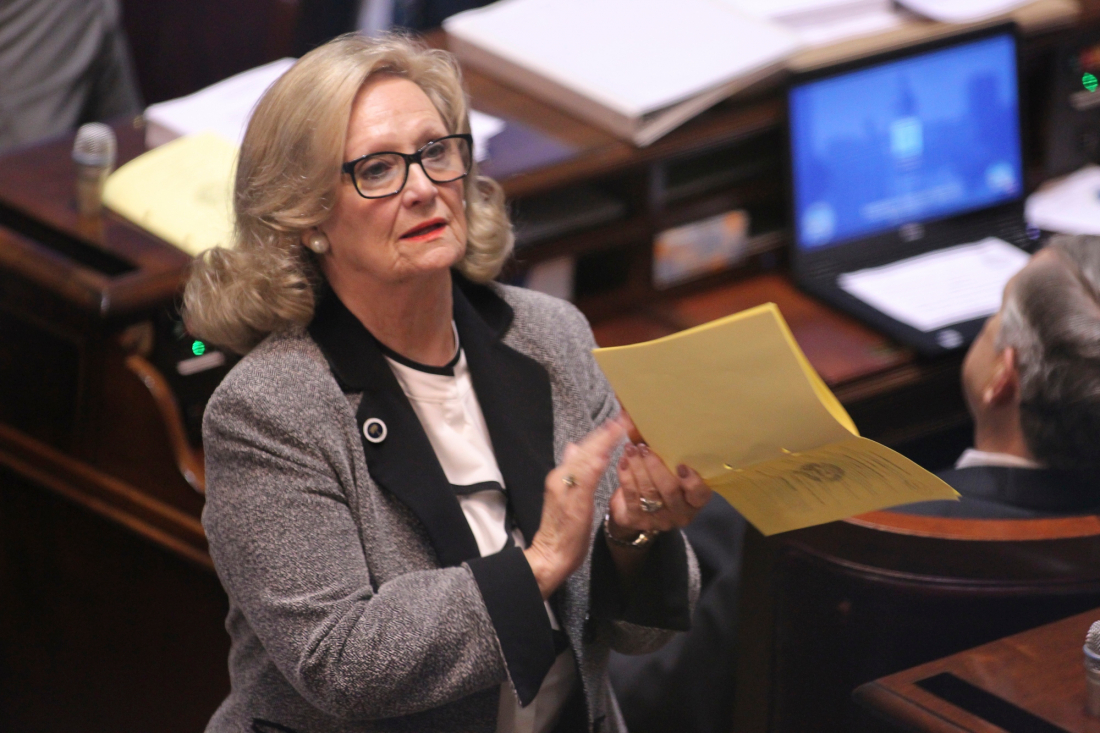 According to our sources, Spartanburg, S.C. magazine publisher Karen Floyd is said to have contacted multiple lawmakers in the Palmetto Upstate and asked them to cast their votes for S.C. circuit court judge DeAndrea Benjamin, one of the top candidates for the state’s second-highest court.

As we noted in our coverage, Benjamin – wife of über-liberal Columbia, S.C. mayor Steve Benjamin – is among the judges at the center of the Palmetto State’s ongoing judicial leniency crisis, in which violent offenders are set free on bond even though they pose a clear and present danger to society.

We have repeatedly called out such judicial decisions … and the lack of transparency accompanying them.

Needless to say, the GOP lawmakers who claim Floyd called them about the Benjamin race were not swayed by her reported overtures.


There is, however, one lawmaker Floyd shouldn’t have any trouble convincing …

To whom are we referring? Rita Allison, chairwoman of the S.C. House education committee.

According to documents filed with the S.C. State Ethics Commission (SCSEC), Allison has been on Floyd’s payroll for the past several years.

In 2019 and 2020, Allison reported receiving additional income from Elysian Investment Group LLC. Her 2021 report – detailing income from the previous year – is due at the end of March.

How much money was Allison paid by Floyd’s companies? We do not know … she left those fields blank in every single report.

To be clear: There is nothing unethical about lawmakers making a living outside of their legislative positions – although we have argued for the better part of the past decade that all of these income sources must be disclosed.

Including the amounts involved …

Ultimately, though, lawmaking in the Palmetto State is a part-time gig that does not pay particularly well … which is why lawmakers are always looking for ways to game the system for their own benefit.

The only way to stop such behavior? Rethinking the system …

To her credit, Allison disclosed her business relationships with Floyd’s firms … which is the only way we were able to find out about them. As we have noted in the past, many lawmakers fail to report such income … making it impossible to find out who is lining their pockets.

That makes it incredibly difficult to trust decisions that emanate from the S.C. State House.

Allison is at least operating in the sunlight (partially, anyway) … which is commendable.

When it comes to matters of public policy this news outlet has never been a fan of Allison’s. We believe she – like many “Republicans” in the S.C. General Assembly – is nothing but a tool of the failed status quo that has held this state back for decades.

Having said that, we have never seen anything to suggest she is a fundamentally dishonest person. At least not yet, anyway.

Bottom line? Our bombshell report about Floyd continues to reverberate around the S.C. State House, with lawmakers buzzing over all manner of rumored proximity issues involving the erstwhile Upstate powerbroker … who has seen her influence recede in recent years.

We will continue to dig on those issues – as well as their potential impact on what is shaping up to be yet another scandal-scarred legislative election of judges in South Carolina (one of only two states that employs this infinitely corruptible method of filling slots on its judiciary).