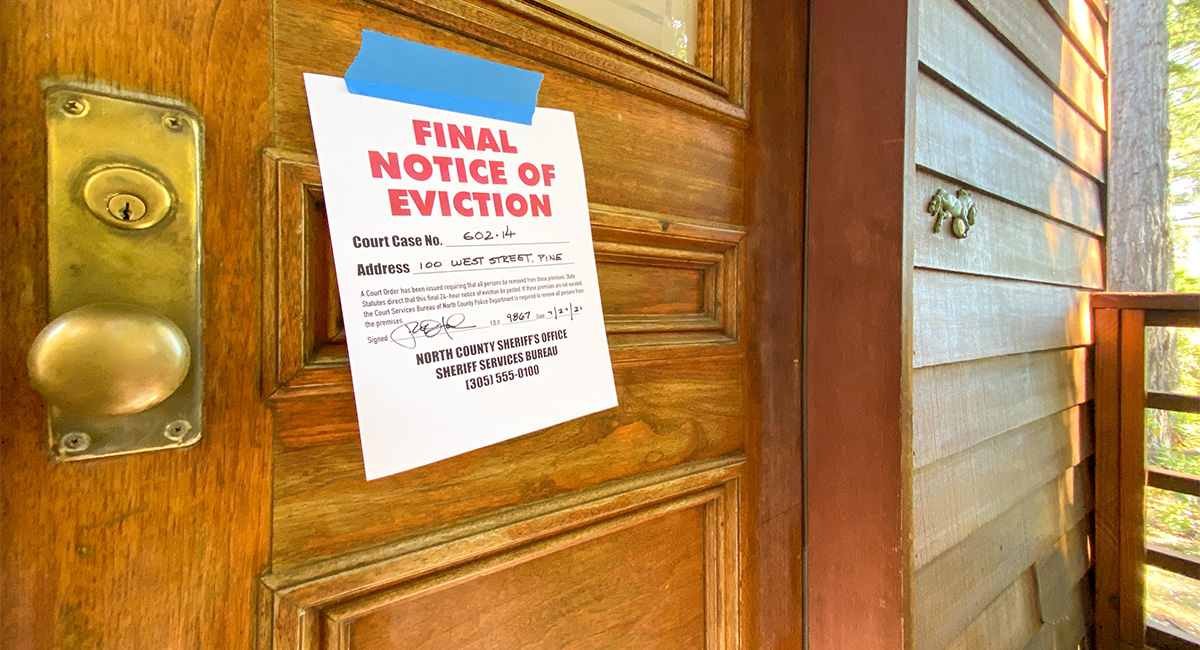 There are some truly awful stories out there about the plight of the poor during this first Christmas season since the coronavirus pandemic and its subsequent societal shutdowns rocked our nation – and its economy.

One tale we were recently told involved a woman who was forced to offer her dogs up for adoption because she lost her home – and is now living in her car. The woman asked others not to judge her – saying her dogs had been with her for years, but that it wasn’t fair to them for her to try and keep them under such circumstances.

There are thousands of stories like this across the country, and there will likely be thousands more next year …

One upcoming deadline that could compound the heartbreak? A federal moratorium on evictions is set to expire on December 31, 2020 – potentially putting millions of Americans out on the streets.

According to Stout – a global investment and advisory firm – as many as 5 million households are “at risk of eviction in January alone, and millions more will be vulnerable in the months after,” per a weekend report from Will Parker of The Wall Street Journal.


Additionally, updated data from the U.S. Census Bureau revealed 9 million American households were currently behind on their rent payments – and an October report (.pdf) from the Philadelphia branch of the U.S. Federal Reserve system revealed 1.3 million heads of household who were employed prior to the Covid-19 shutdowns were behind on their rent and utilities by an average of $5,400.

Meanwhile, Moody’s analyst Mark Zandi told reporter Heather Long of The Washington Post that the total amount of unpaid rent in the United States will top $70 billion by the end of the year.

Things are bad closer to home, too …

A report filed just yesterday by Lauren Crawford of WBTW TV 13 (CBS – Florence/ Myrtle Beach) warned of a “substantial increase in evictions and homelessness” in South Carolina in the coming year. Crawford’s report cited the work of the left-leaning SC Appleseed advocacy group as projecting that anywhere from 100,000 to 273,000 households were at risk of eviction beginning January 1, 2021.

The upper end of that estimate is more than half of the state’s estimated 500,000 renters.

While many expect the moratorium on evictions to be reinstated – especially if Democrats win control of the U.S. Senate in Georgia next month – there is a cost to foregoing rent in perpetuity.

What most of these stories neglect to mention – or mention only sparingly – is that millions of American landlords are actually middle class citizens or small business owners who rely on rental income from their property investments to survive.

These middle class investors also rely on rental income to employ property managers, contractors and other workers – and to pay property taxes and insurance on their properties.

A simple question: What about them?


If it is unfair to throw someone out on the street for failing to pay their rent … isn’t it also unfair to force a property owner to allow tenants to live rent-free on their properties in perpetuity? Particularly if losing out on this rental income puts them in a position where they can no longer pay their own mortgages and utilities?

Even ostensibly “big, bad” commercial real estate owners – including corporate investors about to be crushed by the rising work-from-home movement – are worth considering as we contemplate the deeper economic impact of all this.

“Landlords do not usually elicit much compassion, but the predicament of the commercial real estate sector deserves attention – not least because it could very easily become a problem for the wider economy,” a June 2020 editorial from Financial Times noted. “Banks, pension funds and life insurers are among the groups holding commercial mortgages and exposed to any potential defaults. Property companies are not as leveraged as they were before the financial downturn in 2008 but concerns are rife that another crisis is looming.”

There is also a growing cost to taxpayers associated with rental assistance provided as part of the social safety net. Last year alone, the federal government doled out $51 billion in housing assistance – including $41 billion to three programs at the U.S. Department of Housing and Urban Development (HUD) which provide rental assistance to low income households.

That figure is expected to rise dramatically in 2020 …