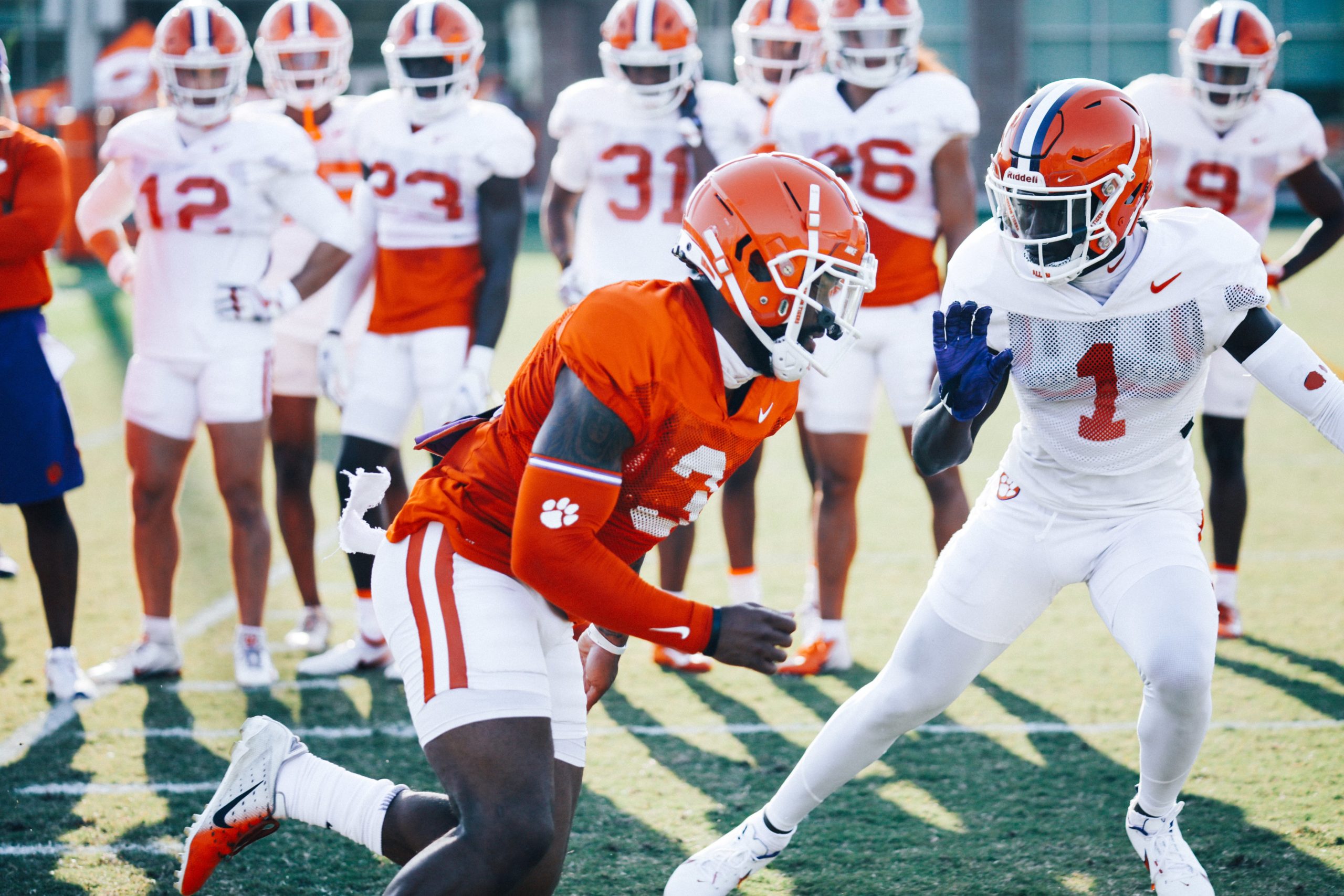 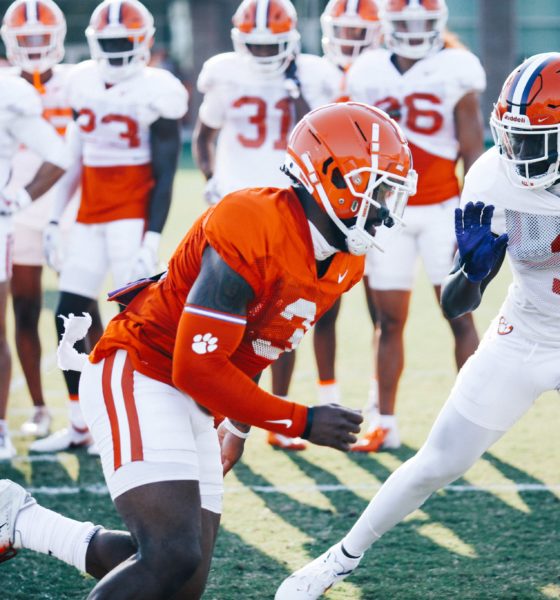 Only five games removed from their national championship loss to the LSU Tigers in New Orleans, Clemson is certainly feeling like a healthier pack of Tigers than the defending national champion Bayou Bengals – who are 1-2 and next-to-last nationally in passing yards allowed per game (giving up 605 passing yards per game to opponents not named Vanderbilt).

Other than Georgia and Alabama – who face off this Saturday in Tuscaloosa – only a handful of teams in the entire country have convinced fans that they could compete with the Tigers.

For Clemson to wind up facing a probable Southeastern Conference opponent in the College Football Playoff (CFP), the Tigers need to follow a three-step plan …

With one-fourth of the season already in the books, the first step for Swinney and the Tigers is to win out in October – which consists of a trip to Atlanta for a matchup against Georgia Tech this Saturday followed by a two-game home stretch against Syracuse (October 24) and Boston College (Oct. 31.)


Closing out those three contests would lead to a de facto CFP play-in game on November 7 at the hallowed home of college football’s sixth-winningest FBS program – No. 4 Notre Dame. In the shadow of “Touchdown Jesus” at Notre Dame Stadium in South Bend, Indiana, the Tigers could all but lock up a CFP slot – assuming the Fighting Irish’s plans aren’t foiled by Louisville, Georgia Tech or Pitt.

If Clemson can cross that bridge, they would simply need to smack Florida State, Pitt, and Virginia Tech to seal their sixth annual invitation to the ACC Championship Game on December 12 at Bank of America Stadium in Charlotte, North Carolina. There, they would more than likely see a second duel with Notre Dame or face the North Carolina Tar Heels – who moved into the AP Top Five for the first time since 1997 on Sunday.

Behind program architect head coach Mack Brown, the Tar Heels have returned to the rarified air of the top five for the first time since he completed his first stint in Chapel Hill.

Look for the Tigers to recognize some familiar faces if they return to the CFP. Only 11 of 130 Football Bowl Subdivision schools have qualified for this series in it’s brief six-year history – and only seven schools on the aforementioned list are still in this year’s hunt.

For this week’s contest, there’s another familiar, recurring theme: Regardless of the Tigers defensive performance, will another mediocre Atlantic Coast Conference school have anything near the firepower necessary to go up against Clemson?

Can anyone in the country, for that matter, match the firepower of Clemson’s dynamic duo?

Lawrence has already tossed for 1,140 yards and ten touchdowns without throwing a single interception. Meanwhile senior running back Travis Etienne has accounted for 392 yards and four touchdowns while averaging an eye-popping 6.8 yards per carry.

In other words, this game is probably going to be over by halftime … unless, of course, second-season head coach Geoff Collins of Georgia Tech can get the ball rolling behind big 6-foot-3, 215-pound freshman Jeff Sims of Jacksonville, Florida, who has recorded 944 yards and five touchdowns in his first-ever collegiate season.

Saturday’s contest will be brought to football fans via a live, nationally-televised broadcast by ABC with Bob Wischusen providing play-by-play commentary, Dan Orlovsky giving analysis, and Marty Smith reporting from the sidelines.

The action will take place at Bobby-Dodd Stadium in Atlanta, Georgia on the campus of Georgia Tech, with toe touching leather at high noon – officially kicking off the 85th rendition of a southern rivalry.

While the Yellow Jackets may be heavy underdogs, they have a chance to keep this game competitive behind their dual-threat rookie quarterback. However, he will need to take much better care of the football if the Jackets are to be successful. While the quarterback commanding Tech’s spread-style attack leads the team in both passing and rushing, he has already tossed eight interceptions. Giving away too many turnovers, especially against the Tigers, will doom Georgia Tech.

The good news for the Yellow Jackets? The team should be confident headed into a showdown on their home turf.

While Georgia Tech is making too many useless mistakes behind sloppy penalties and several special teams meltdowns, they’re vastly improved from last season’s embarrassing 3-9 edition that included a loss to FCS Citadel.


The Yellow Jackets has been riding high since the fourth quarter in last weekend’s Friday home win against Louisville. Down one point headed into the final period, ‘Tech would end up drubbing the Cardinals, 46-27.

One reason for the boost? Georgia Tech has continually forced turnovers on defense, as second-year coordinator Andrew Thacker’s defense, which has taken advantage of nine takeaways thus far.

The bad news for Georgia Tech? The Yellow Jackets are No. 11 in the Atlantic Coast Conference and No. 56 in the NCAA in total defense this season, allowing 444.8 yards per game.

Clemson is likely to stick to the running game as Georgia Tech’s rushing defense has given up an average of 216 yards in their last three games, all which were against unranked competition. That means a chance to see the capabilities of Etienne and Lyn-J-Dixon, the Tigers’ capable back-up tailback.

Other than the game-changing trait of Tech’s defense to create chaotic turnovers, the other ace in their sleeve is the rushing offense. The key matchup of the day will be the Jackets ground game (No. 4 in the ACC and No. 16 in the NCAA with 213.8 yards per game) against Brent Venables’ rushing defense.

Ranked No. 10 in the nation, the Tigers have bottled up opposing rushers, only allowing an average of 89.8 yards in four games this fall.

The Jackets defeated Florida State 16-13, but proved nothing after being downed by Central Florida (who lost to Tulsa, 34-26) and Syracuse, thus allowing the Orange’s lone victory this fall.

So… it will take turnovers, capitalization off of those turnovers, a great ground game, and more from the Jackets to keep up with Clemson… but a confident team playing with swagger might keep fans tuned in a little bit longer than an obviously overrated Miami Hurricanes team did last week.