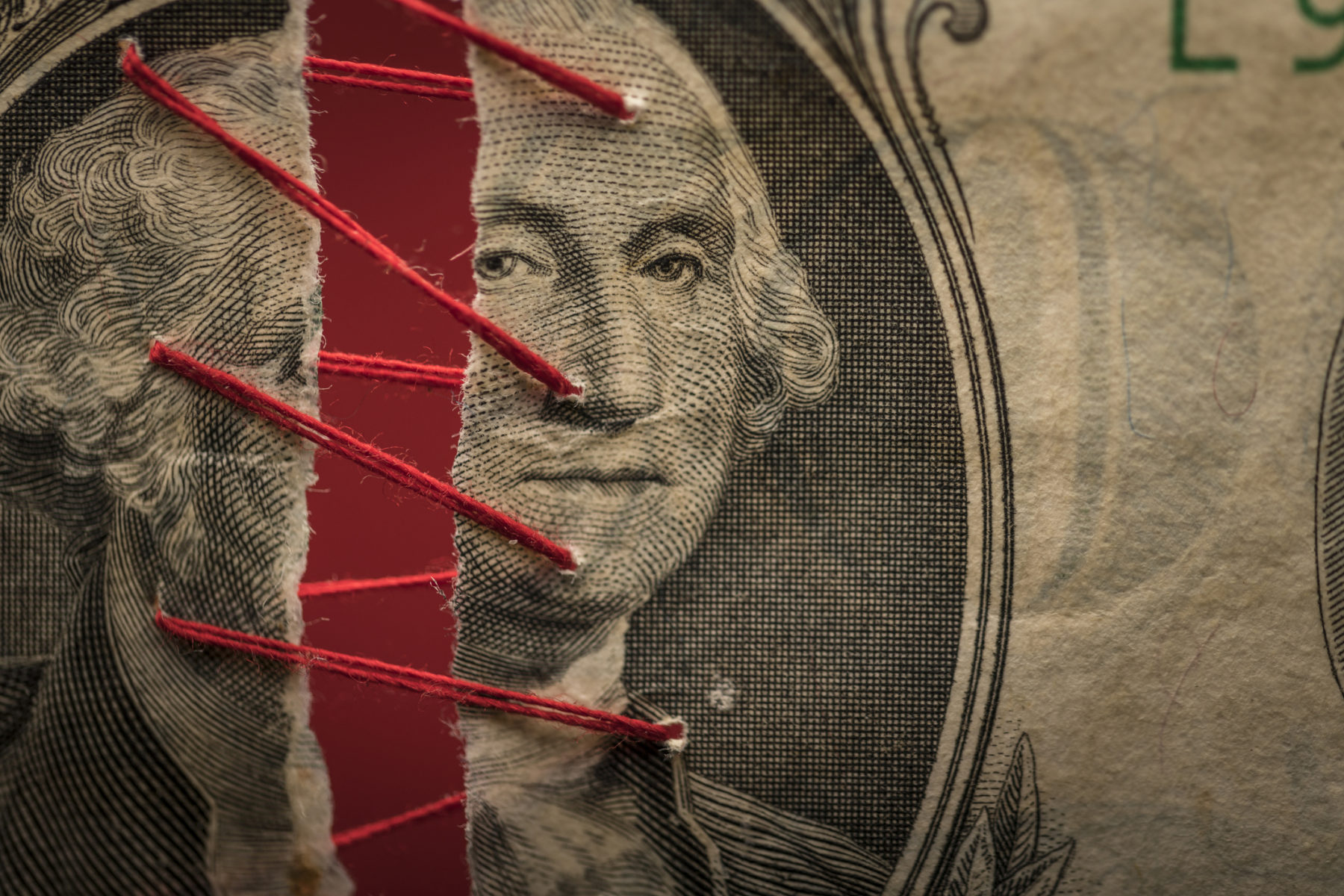 by RON PAUL ||  According to the Congressional Budget Office’s (CBO) latest “Update on the Budget Outlook,” this year’s $3.3 trillion federal deficit is not just three times larger than last year: it is the largest federal deficit in history. The CBO update also predicts that the federal debt will equal 104 percent of the gross domestic product (GDP) next year and will reach 108 percent of GDP by 2030.

The CBO update also shows that the Social Security, Medicare, and highway trust funds will all be bankrupt by 2031. This will put pressure on Congress to bail out the trust funds thus further increasing the debt.

This year’s spike in federal spending was caused by the multi-trillion dollar coronavirus relief/ economic stimulus bills passed by Congress and signed by the president. However, spending had already increased by $937 billion from the time President Trump was sworn in until the lockdown.

Federal spending is unlikely to be reduced no matter who wins the presidential election. Former Vice President Joe Biden has proposed increasing spending on everything from Obamacare to militarism to “green” cronyism. Yet some progressives are attacking Biden for being to “stingy” in his spending proposals. Even more distressing is how few progressives are critical of Biden’s support for increasing the military budget.

With some notable exceptions, such as his infrastructure plan, President Trump is not proposing any massive new spending programs. However, he Is not promising to stop increasing, much less cut, federal spending.

Most Republicans have abandoned their Obama-era opposition to deficit spending to support President Trump’s spending increases. This repeats a pattern where Republicans oppose deficit spending under a Democrat president but decide that “deficits don’t matter” when a Republican is sitting in the Oval Office. If Biden wins in November, Republicans will likely once again discover that deficits do matter, especially if Democrats also gain control of the Senate.


Government spending forcibly takes resources from the private sector, where they are used to produce goods and services desired by consumers, and puts them in the hands of politicians and bureaucrats. This distorts the market, reducing efficiency and lowering the people’s standard of living. This, combined with pressure to monetize the federal debt, causes the Federal Reserve to pump money into the economy leading to a boom-bust business cycle.

Unless Congress begins reducing spending, the coming economic crisis will be even worse. The logical place to start cutting spending is ending all unnecessary overseas commitments, corporate welfare, and shuttling down all unconstitutional federal agencies – starting with the Department of Education.

The savings from these cuts can be used to start paying down debt and providing for those truly dependent on the current system while we transition away from the welfare state. Private charities, including ones run by religious organizations, are better than government bureaucracies at providing effective and compassionate aid to those in need.

Most politicians will not vote to curtail the welfare-warfare state unless their constituents demand it. The people will not demand an end to big government as long as so many believe that the government has a moral responsibility to, and is capable of, providing them with economic and personal security.

Therefore, our priority must be on getting people to reject the entitlement mentality and embrace the philosophy of liberty and personal responsibility. This will enable us to build a movement capable of convincing politicians to stop voting for more spending and debt and instead vote to respect the Constitutional limitations on government in all areas.