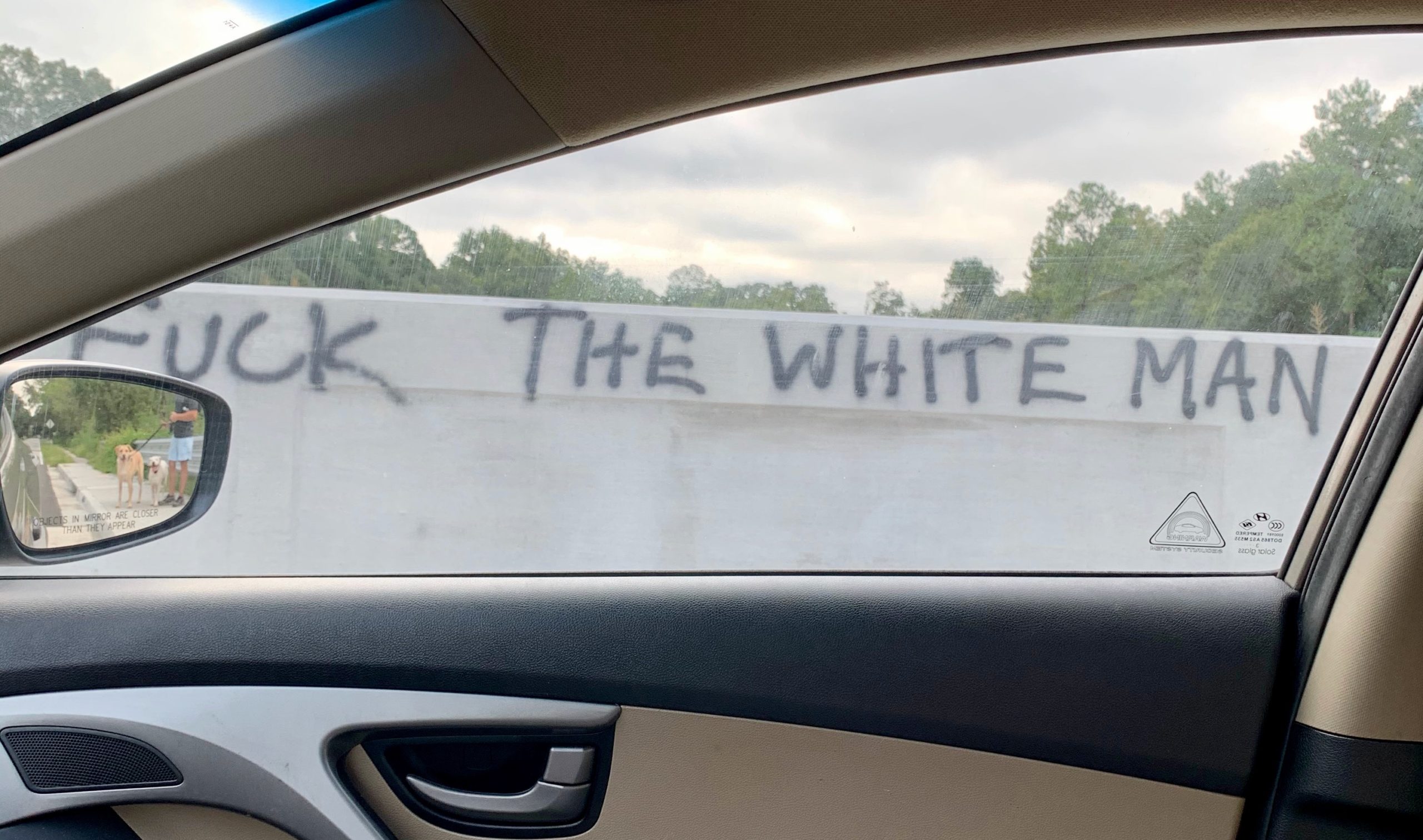 A recently refurbished bridge in the Ashley Harbor region of Charleston county, South Carolina has become a target for vandals who claim to support the Black Lives Matter movement. The bridge – which was reopened to the public in May of 2020 after a $1.1 million renovation – has been hit twice within the span of five days by the profane “protester(s).”

The bridge was first vandalized last Tuesday (August 25, 2020) when the words “F*CK ALL WHITE PEOPLE” and “BLACK LIVES MATTER” were spray-painted on the span. On a nearby sidewalk, the words “F*CK WHITE FOLK” were also spray painted.

The profane graffiti prompted an angry rebuke from local resident Elvin Speights, who called the vandalism “garbage” and “dumbness.”

“Are you serious? Whoever did this, you don’t speak for me, because I don’t feel this way,” Speights said. “What message are we sending when we do stuff like this? What are we achieving with that? This is going too far. This is not how we get things done.”

County transportation crews painted over the graffiti later in the week, but residents awoke on Sunday morning to find that the bridge had been vandalized … again.

This news outlet has no idea whether these acts of vandalism were in fact perpetrated by Black Lives Matter activists – or people looking to pin blame upon them (“false flags,” if you will).

All we know is such racist rhetoric should be universally condemned – irrespective of its direction or point of origin. And while all Americans enjoy freedom of speech and expression – including the freedom to say racist things – that freedom does not extend to the defacement of public property.

Of course, considering the conduct of Charleston’s leaders in response to the recent spate of racial violence that has rocked the Holy City, we cannot say we are surprised to see such destructive behavior …