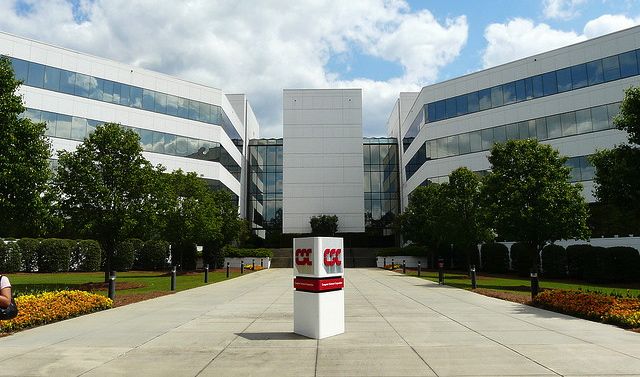 Earlier this year we reported on the latest round of rolling layoffs at Blythewood, S.C.-based Computer Sciences Corporation (CSC) – part of a terrible, no good spring for the Palmetto State economy.

Wanna know why we have record shrinkage of our state’s labor force?  Easy: It’s because politicians who trip over themselves to announce the latest taxpayer-funded “economic development” (a.k.a. bribes to select corporations) are never around when reality sets in.

Anyway, we noted back in March that CSC had “started laying off dozens of employees from its Blythewood facility each bi-weekly pay period beginning last February. It also reduced pay and benefits, eliminated flexible work hours and outsourced an unspecified number of jobs.”

According to sources familiar with the layoffs, things have only gotten worse for the global information technology firm in the intervening months.

“Upper management in Blythewood is ‘retiring’ left and right,” one source tells FITS. “When upper management begins leaving like they are, they know something is coming.”

CSC is reportedly telling remaining rank-and-file employees that their annual leave can no longer be carried over and “must be used up this year.”  Also the company will shut down completely the entire week after Christmas in an effort to reduce costs.

“(The) feeling is another large round of layoffs are coming and CSC does not want to pay off annual leave,” one source tells us. “And whatever shape the company is left in will see big benefits cut in 2015.”

Ironically CSC – which relies extensively on taxpayer-funded incentives and government contracts – pledged earlier this year to work with the administration of U.S. President Barack Obama to put long-term unemployed Americans back to work.

Thomas Ravenel To File Signatures To Run Against Lindsey Graham