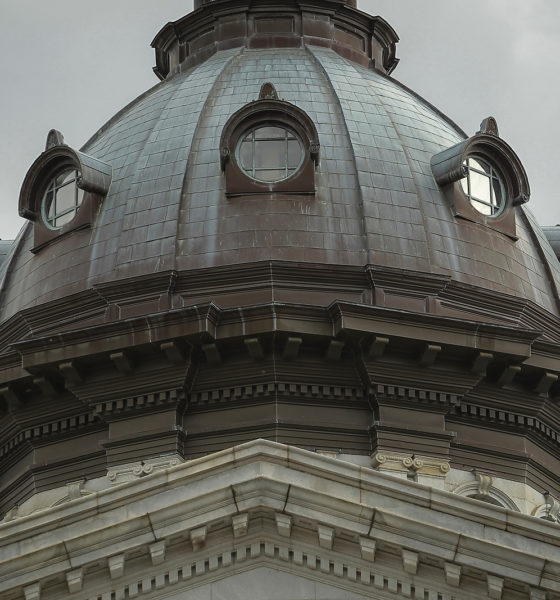 The Republican challenging incumbent South Carolina senator Dick Harpootlian in one of the Palmetto State’s few competitive S.C. Senate districts is embracing term limits – saying it is the most important issue to residents of his district.

Benjamin Dunn – who was defeated by Harpootlian in a special election two years ago – is campaigning again this fall for S.C. Senate District 20 (.pdf). As part of his latest candidacy, he announced on Thursday that he had signed a pledge with U.S. Term Limits.

“Benjamin Dunn has been a longtime supporter of term limits,” Dunn spokesman Dalton Temple said in a statement. “Our campaign has made a core issue of supporting term limits. Familiarity breeds contempt, and as the Dunn campaign continues speaking to voters in the district, one issue stands above the rest, and that is term limits.”

Really? During an economic crisis caused by shutdowns related to the coronavirus pandemic?

According to Temple, Dunn believes “at most” a legislator should serve up to sixteen years. At the other end of the scale, he would oppose term limits of less than eight years “as being too short,” Temple said.

“The longer any individual stays in office the more likely he or she is to consider the seat as a possession rather than a position of service,” Temple added. “As for Mr. Dunn’s plans, he commits to give three terms to South Carolina and the 20th district.”

This news outlet has waxed and waned when it comes to term limits. On the one hand, we love the populist appeal of “throwing out the bums” in office.

Because at all levels of government, there is no shortage of bums. Particularly in South Carolina.

“On the other hand, we don’t like the impositions term limits place on the Democratic process – which is why we’ve always felt the best way to impose term limits would be via a convention of the states,” we wrote in post way back in June of 2017.

Ultimately, though, we believe term limits is little more than “populist pablum.”

“Term limits is all for show,” we wrote just ahead of the 2018 election cycle, calling out elected officials who were using the issue for electoral gain but habitually failing to follow through on their commitments once they took office.

Anyway, we have written about this particular Senate race extensively in the past – and we touched on it again in a recent series (here and here) about competitive S.C. Senate elections this fall.

Our view on this contest?

We like Dunn. A lot. We think the attorney – an Afghan War veteran – would make a great senator. And we think he would honor his commitments because we believe him to be an honorable and principled person.

In any other race, we would probably be endorsing him enthusiastically … but this is not any other race. Simply put, Harpootlian is unlike any Democrat we have ever seen (or are likely to ever see again) in state government.

In less than two years in office, Harpootlian has done more to advance the cause of responsible, transparent government in South Carolina than most “Republicans” have done in decades. Not only that, he has done so knowing it would alienate him from many status quo lawmakers in his own party – to say nothing of the fiscally liberal GOP leadership in the chamber.

Such bold stands are unheard of in state government …

Accordingly, this news outlet will be enthusiastically endorsing Harpootlian come November … and our founding editor Will Folks (a resident of S.C. Senate District 20) will be taking the rare step of casting a vote for the incumbent senator at that time.