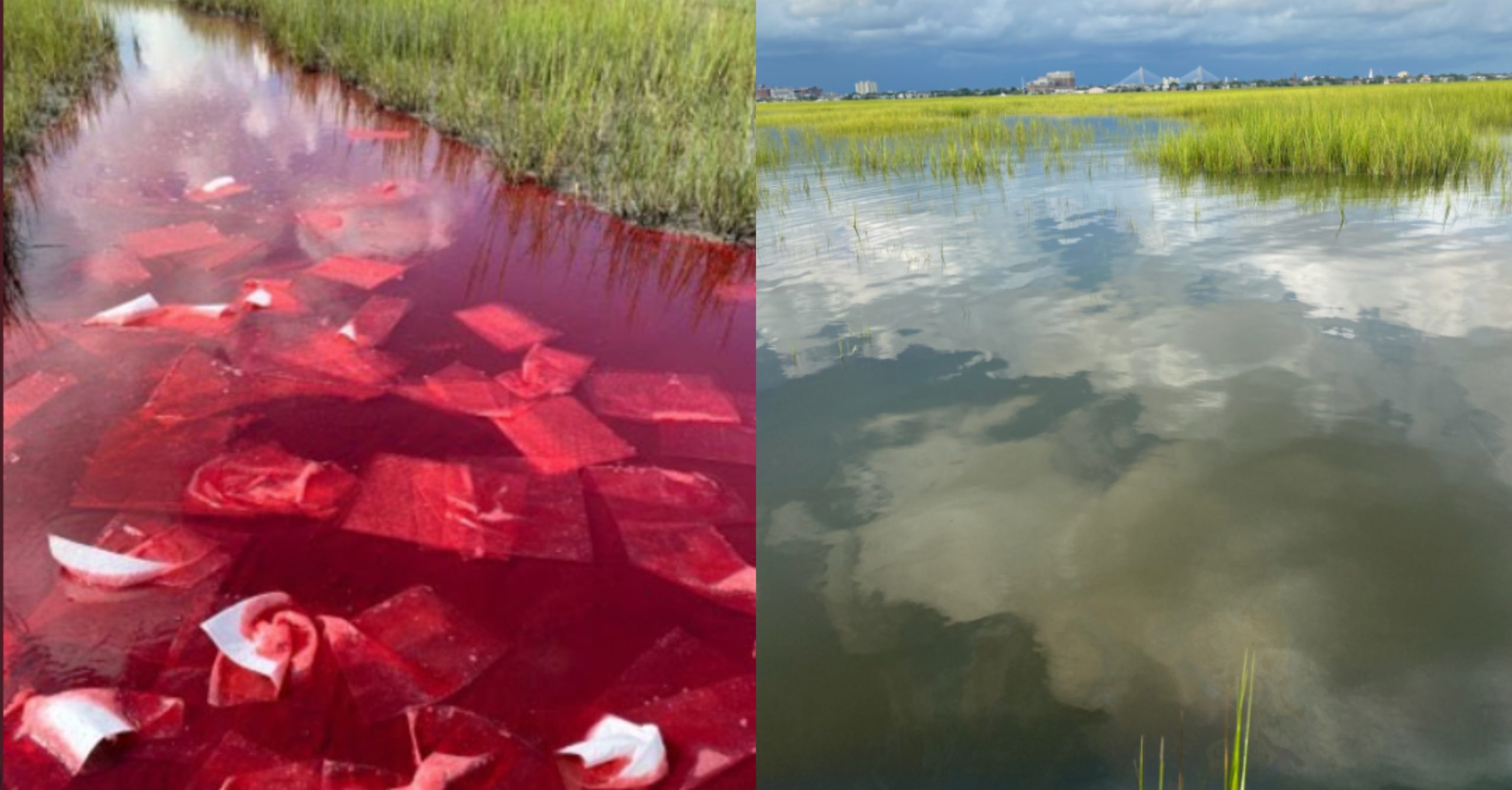 Charleston Water System officials said late Sunday they believe a lightning strike Friday night damaged the electrical controls on a diesel fuel pump which caused over 3,000 gallons of fuel to spill into a marsh near Charleston, South Carolina.

Officials from the U.S. Coast Guard and South Carolina Health And Environmental Control (SCDHEC) responded to the spill at the Plum Island Wastewater Treatment Plant in Charleston Saturday morning. Responders spent the weekend cleaning up the fuel and as of Sunday evening, 99 percent of the fuel was cleaned up.

“Early Saturday morning, the damaged controls started a pump that began to transfer diesel from one storage tank to another,” Charleston Water System officials said in a news release. “Once the tank reached capacity, about 3,000 gallons overflowed via pressure relief valves as intended, which protected the integrity of the tank so the other 12,000 gallons remained safely inside.”

A Charleston Water System worker discovered the spill around 5:30 a.m. and workers began containing it.

Around 80 percent of the fuel entered Dill Creek which impacted 22 acres of marsh.

#UPDATE Sunday’s clean up efforts focused on replenishing and maintaining sorbent pads and hard boom in the marshy areas. The oil spill response organization is reporting 3,000 gallons of diesel and water mix has been collected since the incident. #D7 #USCG #Ready #Responsive pic.twitter.com/ZEdPowqccs

“After frequent careful and thorough inspection, we can confirm that the following areas have not been impacted: Charleston Harbor, James Island Creek, Ellis Creek,” Charleston Water System officials said Sunday.

“No injured wildlife have been seen by our staff or any regulatory agency on-site,” Charleston Water System Officials said.

The U.S. Coast Guard will remain on scene to evaluate the situation and help continue with cleanup.

This wasn’t the only strange event caused by lightning last week in South Carolina.

On August 9, lightning struck a tree in Beaufort, South Carolina and created glowing claw marks as it set the inner part of the tree on fire.

The image above went viral.