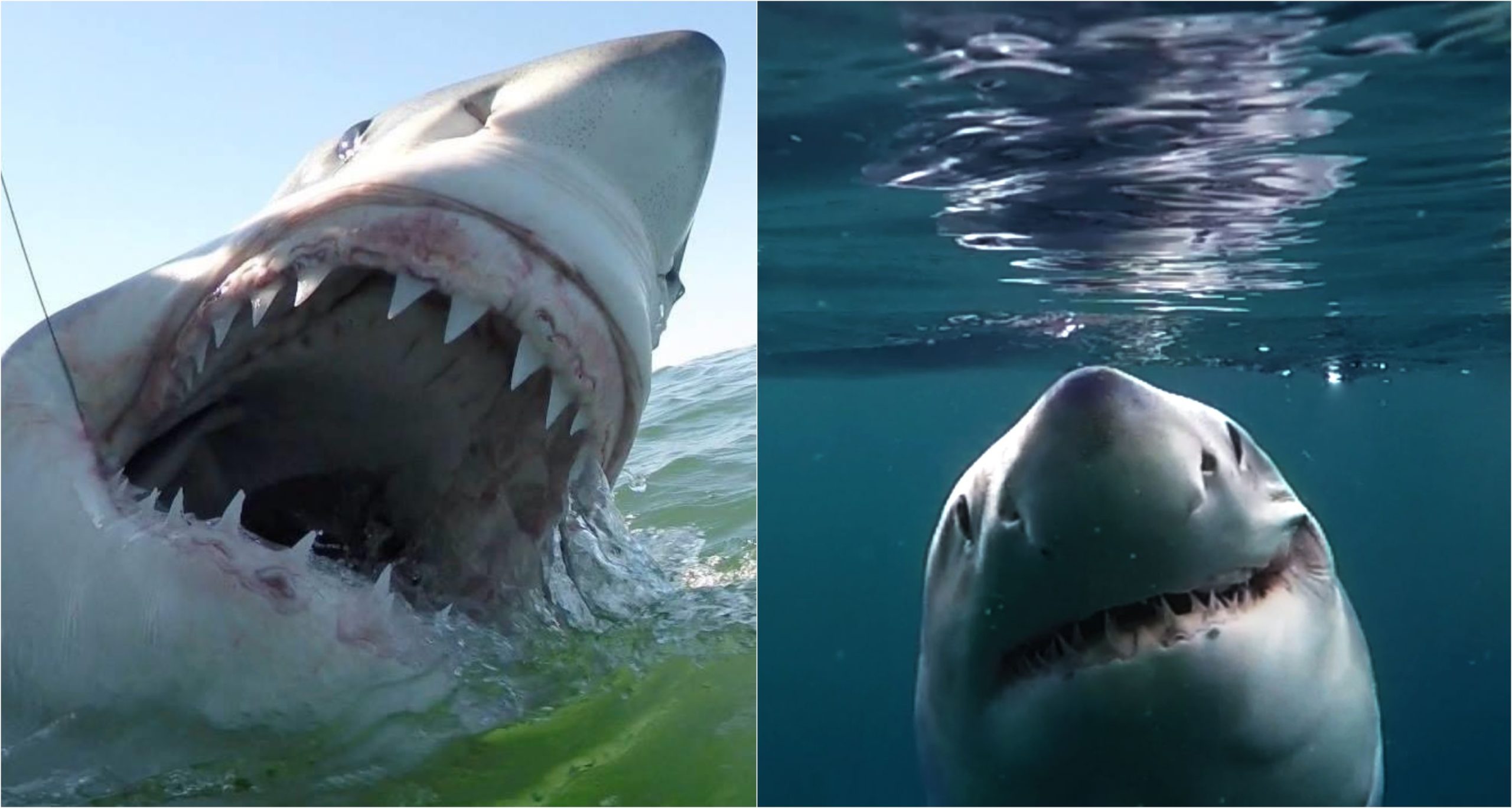 It’s Shark Week on the Discovery Channel — so we’re taking a momentary break from 2020’s regular news and celebrating some of South Carolina’s coolest and most mysterious creatures.

There is no better person in South Carolina to celebrate Shark Week than captain Chip Michalove — the great white shark whisperer  himself.

FITSNews chatted with Michalove, a famous fisherman who has hooked and released more than 30 great white sharks off the coast of Hilton Head Island.  He is one of the only fishermen on the east coast to consistently catch great white sharks with rod and reel and has landed headlines around the world for his larger-than-life catches.

Michalove has caught thousands of sharks in his decades as a charter captain at Outcast Sport Fishing. He always releases the sharks, and many of them he tags with trackers for scientific study.

For years, he was ridiculed by the other local fishermen who said Chip was on a “great white goose chase” trying to catch a creature they weren’t sure was out there.

“It’s been a trial-and-error process and it’s made me a better more patient fisherman,” he said. “Great whites are all up and down the east coast. People aren’t putting in the time to learn how to catch them.”


If you’re wanting to go shark fishing in South Carolina with hopes of reeling in giants, Michalove is your guy to call.

So we asked Michalove to help us rank a few of South Carolina coolest, baddest sharks off our shores, according to popularity and what his clients are wanting to see when they climb aboard his charter.

“The interest in sharks is at an all-time high and it’s only getting higher,” Michalove said. “I always tell people, there’s no Grouper Week on the Discover Channel and there’s good reason for that.”

Here’s the list of the best, baddest, most fascinating sharks in our waters.

5. The Blacktip Shark : The Beach Sharks

Of all the large sharks swimming off South Carolina’s coast, blacktips are the peskiest and most abundant. Michalove said he catches around 200 a year. Blacktips are in South Carolina between April and September.

Blacktips are typically the smallest of the giants in our waters, but by no means small, growing up to 150 pounds and typically around 4-5 feet long. Some can grow up to 8 feet.

Michalove believes these sharks are the most likely culprits for most of South Carolina’s shark attacks, based on the size of most wounds. Michalove said they have smaller mouths and frequent shallow waters as they chase schools of fish.

“These are the ones cruising through the surf, the ones the life guards blow the whistle at,” Michalove said. “They love the beach and the inlets.”

But what’s cool about them?

“When you hook them they jump out of the water and spin,” Michalove said.

Michalove is so familiar with the species, he’s able to reel in the sharks, and pull them into his boat so his clients can hold them (author’s note: see very bottom of the page for a picture of me with a black tip).

Blacktips have cat-like eyes and the tips of their fins are typically black in color. They make great photo ops (but don’t try this at home).

A lot of times when you see a shark attack in Florida or South Carolina, the bull shark is blamed.

They are aggressive in nature with a mean bite, but Michalove believes they’ve been wrongfully accused of a lot of attacks. Over the years, Michalove has read dozens of shark stories where the bullshark is pinned as the likely culprit, but he says the wounds just don’t add up to the size and power of their jaws.

Bull sharks can grow up to 8 feet long and average around 200 – 290 pounds, but Michalove has seen them as large as 500 pounds.

“If a bull shark grabs you, you’re going to need a skin graph or a prosthetic, Michalove said.

Bull sharks were blamed for a series of attacks off the New England coast in 1916 that eventually inspired the movie “Jaws.”

These sharks can survive in fresh and saltwater, which is why Michalove says they’re popular among fishing clients.

Bull sharks are in South Carolina between March and October, but peak season is between July and August, Michalove said.

Michalove said bull sharks have been unusually abundant in Lowcountry waters this year.

“When I caught it again the second time, I thought it looked familiar and then I saw my boat’s paint on its nose,” he said.

“Tigers are the true locals of South Carolina,” Michalove said. “No other big shark is here nine months out of the year.”

Though Michalove has caught a tiger shark during every month of the year in South Carolina waters, typically these sharks head out to the Gulf Stream from December through February.

Though tiger sharks have been responsible for a lot of attacks around the world, they are highly unlikely to attack in South Carolina waters.

Tiger sharks are the second largest sharks in the southeast (next only to the great white, of course). They are huge and stick out with their black stripes/ spots and large heads. Tiger sharks are between 10 and 14 feet and 850-1400 pounds

Michalove said tiger sharks love the rivers in South Carolina. He’s caught a 1,000 pound tiger shark near the Broad River Bridge in Beaufort, which is about 13 miles from the ocean.

As cool as tiger sharks are, Michalove is worried that there are so few large ones in the Lowcountry.

“In the last few years, I’ve been catching the same few tiger sharks that are over 1,000 pounds again and again,” Michalove said. “I worry there are so few of the big ones left anymore.

Some have blamed the Edisto Watersports and Tackle Shark Tournament for eliminating so many of the largest sharks in the Lowcountry. The winner of the for-kill tournament slaughtered a 1,000-pound tiger shark last year. The annual tournament was cancelled this year due to COVID-19 concerns.

But don’t worry, these sharks are aren’t much of a threat to humans.

“If my boat sank and I had a dolphin and a hammerhead coming at me, I think I’d be more scared of the dolphin,” Michalove said. “Hammerheads are scared of their own shadow.”

Highly sensitive, hammerhead sharks can pick up electric impulses 100 miles away, which makes them good at hunting fish.

Hammerheads also make for great photo ops in the water (see below).

Michalove warns that it’s important not to pull the big ones completely out of the water because they fight hard and can die fast from the struggle.

1. The Great White Sharks: The Apex Predator Of The Atlantic

There is no creature in the Atlantic like the great white shark.

“They come into the Port Royal Sound and the St. Helena Sound,” Michalove said. “They come in close, but they’re not cruising the beaches like they are at Cape Cod.”

Michalove is admittedly obsessed and fascinated by the great white shark. Every time he catches one, he learns more about the creature.

“Not only are they massive, but they’re incredibly intelligent,” Michalove said. “This is the smartest fish in the sea we’re talking about. It’s a process trying to figure them out.

He estimates that there are around 1,000 great whites off the South Carolina coast every winter.

Great white sharks are massive in size — some of them the size of a car or bigger. This year he caught a 2,800-pound shark he named after a Bluffton Teen who died in a hit-and run.

Having nailed the nearly impossible expertise of catching and releasing a great white shark, Michalove is pretty tight-lipped when it comes to sharing his secrets. He wants to protect the species as best he can, and he doesn’t want amateurs after them.

He did say that they prefer water temperatures between 54 and 68 degrees and can be found anywhere between the sounds and the Gulf Stream, up to 60 miles off shore.

“Everybody always says the same thing about great whites, ‘I just want to see one,'” Michalove said. “But you can’t just see one. As soon as you see one, you’re going to want to see another and another. It’s too good to only see one time.”

Look at that! How could we not include the lemon shark? Also, it’s the only social shark in South Carolina. And they’re social sharks, meaning they love living in groups. Recently, scientists discovered that these sharks actually make friends and learn behaviors from their friends.