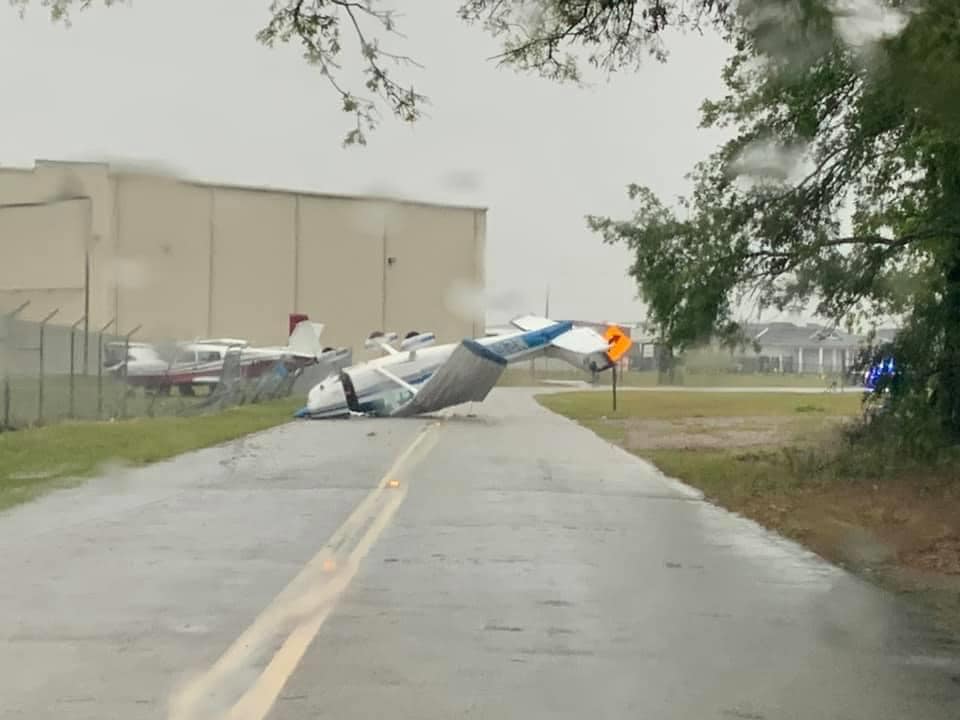 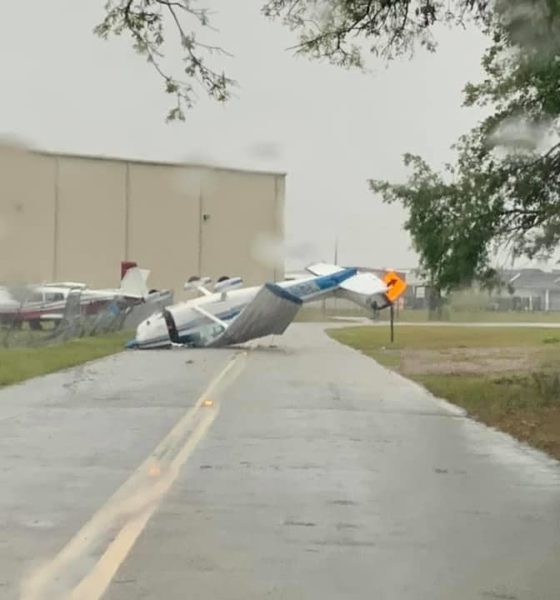 Airport in Walterboro, S.C. gets hammered …

A violent storm system that swept across South Carolina on Easter evening and Monday morning did considerable damage to an airport in the Lowcountry region of the state, according to images posted on social media and shared by multiple media outlets in the area.

The Lowcountry Regional Airport – located at 537 Aviation Way in Walterboro, S.C. – saw numerous planes damaged as a result of the storm.

At least two planes housed at the airport were picked up by strong winds associated with the storm and flipped over completely.

We were tipped off to this developing situation early Monday morning by one of our sources in law enforcement, who told us the airport in Walterboro was “a huge mess.”

In addition to the damage done to individual planes, the airport itself also appears to have sustained significant structural damage as a result of the deadly storm system – which killed at least six South Carolinians and did widespread damage across the state overnight.

“Tough way to start the week,” S.C. senator Tom Davis wrote on Facebook in response to the destruction.

The Lowcountry Regional Airport – which is jointly owned by the city of Walterboro, S.C. and Colleton county – bills itself as “the largest regional aviation airport in the state” and a “gateway to many locations throughout the region.” It features three runways ranging in length from 5,500 to just over 6,000 feet.

It recently underwent a host of capital improvements.