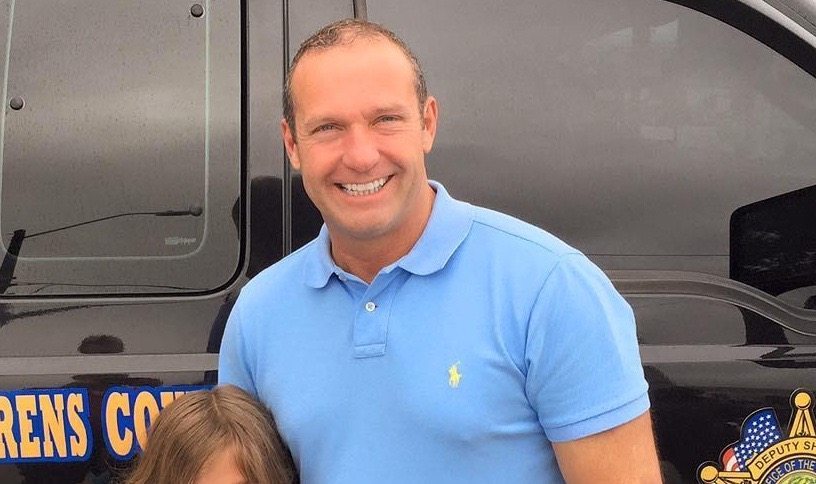 Former four-term Laurens county, South Carolina sheriff Ricky Chastain is seeking his old job back – a post he lost in 2016 after he was embroiled in a sexting scandal, one of many instances of questionable behavior involving the rural Palmetto State lawman.

Chastain’s post touted a litany of accomplishments related to his 16-year tenure as sheriff, although he made no mention of the myriad of scandals that ultimately brought him down.

Chastain’s sexting saga – which broke exclusively on this news site in April of 2016 – contributed to his defeat at the hands of Don Reynolds in the GOP primary that June. It also led to a criminal investigation (although no charges were ever filed against him).

Reynolds had his own baggage, incidentally, but was able to overcome it to defeat Chastain in the GOP primary. He went on to defeat a write-in candidate in the November 2016 election.

Prior to the sexting scandal, Chastain gained infamy by impregnating a co-worker and driving her to Charlotte, N.C. for an abortion (in his patrol car, no less). After his defeat at the polls, an audit by the S.C. State Law Enforcement Division (SLED) revealed a host of issues related to evidence collection and storage in Laurens county – issues which were attributed to mismanagement by Chastain.

In addition to Reynolds and Chastain, former Laurens county chief deputy Jarvis Reeder – who was hired to be Reynolds’ chief deputy in 2016 but was fired less than two years later – is also running for this office.

It is not immediately clear what led to Reeder’s termination, but Reynolds has not replaced him in the year-and-a-half since he was fired as chief deputy.

Also running? Ted Richardson, a former Laurens county sheriff’s office captain who served under Chastain. According to our sources, Chastain was supposed to support Richardson in his bid but ultimately decided to attempt a political comeback instead.

Chastain’s return to public life comes amid elevated scrutiny of South Carolina sheriffs – many of whom continue to find themselves on the wrong side of the law.

Within the last year, sheriffs in Chesterfield, Colleton, Greenville and Florence counties have either been suspended or removed from office following guilty pleas or convictions on misconduct in office charges. And just last month, we published an exclusive report which led to the sheriff of Union county announcing his intention not to seek another term in office.

Sexting played a role in that scandal, too …

Our view on Chastain’s attempted comeback? We do not foresee any scenario in which the voters of Laurens county would ever trust him to hold elected office again … but in South Carolina, we have learned to never say never.