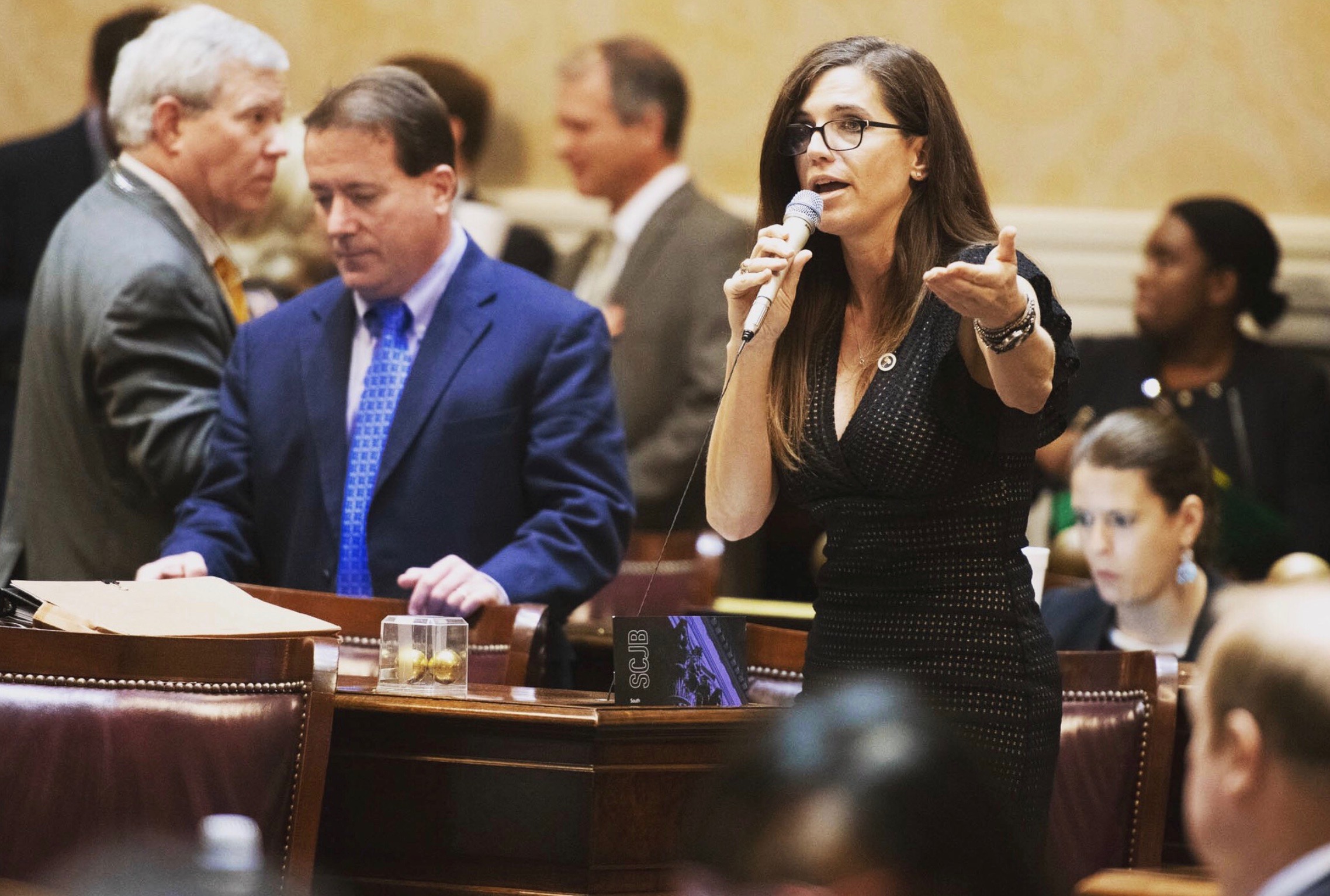 The 41-year-old businesswoman received the imprimatur of the Club for Growth, a national group that claims to support “principled, pro-growth conservatives.”

Mace is currently facing three GOP challengers in the hopes of battling incumbent Democrat Joe Cunningham next November. The Club for Growth’s endorsement is the latest national nod she has received, which along with her fundraising and polling advantages has her staking out clear frontrunner status in a district national Republicans claim is their top 2020 target.

“Nancy Mace is a pro-growth conservative who understands that free markets are best for South Carolina voters, and we are happy to endorse her in her U.S. House race,” the group’s president David McIntosh said in a statement. “We believe Mace is well-positioned to take on and beat liberal Pelosi loyalist Rep. Joe Cunningham.”

We cannot speak as to whether the Club is a legitimate “conservative” organization or not, but Mace has been a reliable vote in support of freedom and free markets since her election to the S.C. House in January 2018.

As for Cunningham, the Club derided him as “ultra-liberal,” saying he has voted with U.S. speaker Nancy Pelosi 85.7 percent of the time and with Alexandria Ocasio-Cortez 85 percent of the time since he took office earlier this year. That may be true, but the “ocean engineer” continues receiving unexpected love from Republican politicians and conservative groups in his adopted home state regardless.

The Club for Growth is the latest group to poll the first district – which Republicans narrowly lost in 2018 after controlling it for nearly four decades. U.S. president Donald Trump carried the district in 2016 by a whopping thirteen percentage points, but the incumbent GOP president is struggling to hold his base together amid the drama over impeachment. That is problematic for any Republican, but it is especially irksome for Mace – who was one of Trump’s key “First in the South” staffers back in 2016.

Trump’s struggles in the first district are one reason Cunningham joined his fellow Democrats in advancing the impeachment inquiry against Trump last week – a move Mace blasted.

Asked specifically how she would vote on the issue were she in the House, the first female graduate of The Citadel demurred.

With Mace already catching flak from her GOP rivals, we suspect her failure to take a position on this issue will not go unnoticed by them.

Assuming Mace wins the GOP nomination, this news outlet has long believed she has the potential to be the perfect candidate for national Republicans who are looking to showcase a compelling conservative counterpoint to the über-liberal/ socialist agenda of Ocasio-Cortez and other left-leaning progressives currently driving the conversation on the national stage.

Her personal narrative and ideological matrix are not only a good fit for the first district, but lend themselves to upward mobility on the national stage.

To get to that stage, though, she will have to defeat Cunningham – who in addition to receiving the aforementioned surprise support from the center-right will be backed to the hilt by the same deep-pocketed, left-leaning interests that put him in this seat in the first place.

Which makes this seat a very hard slog for Mace … or for that matter any Republican candidate.