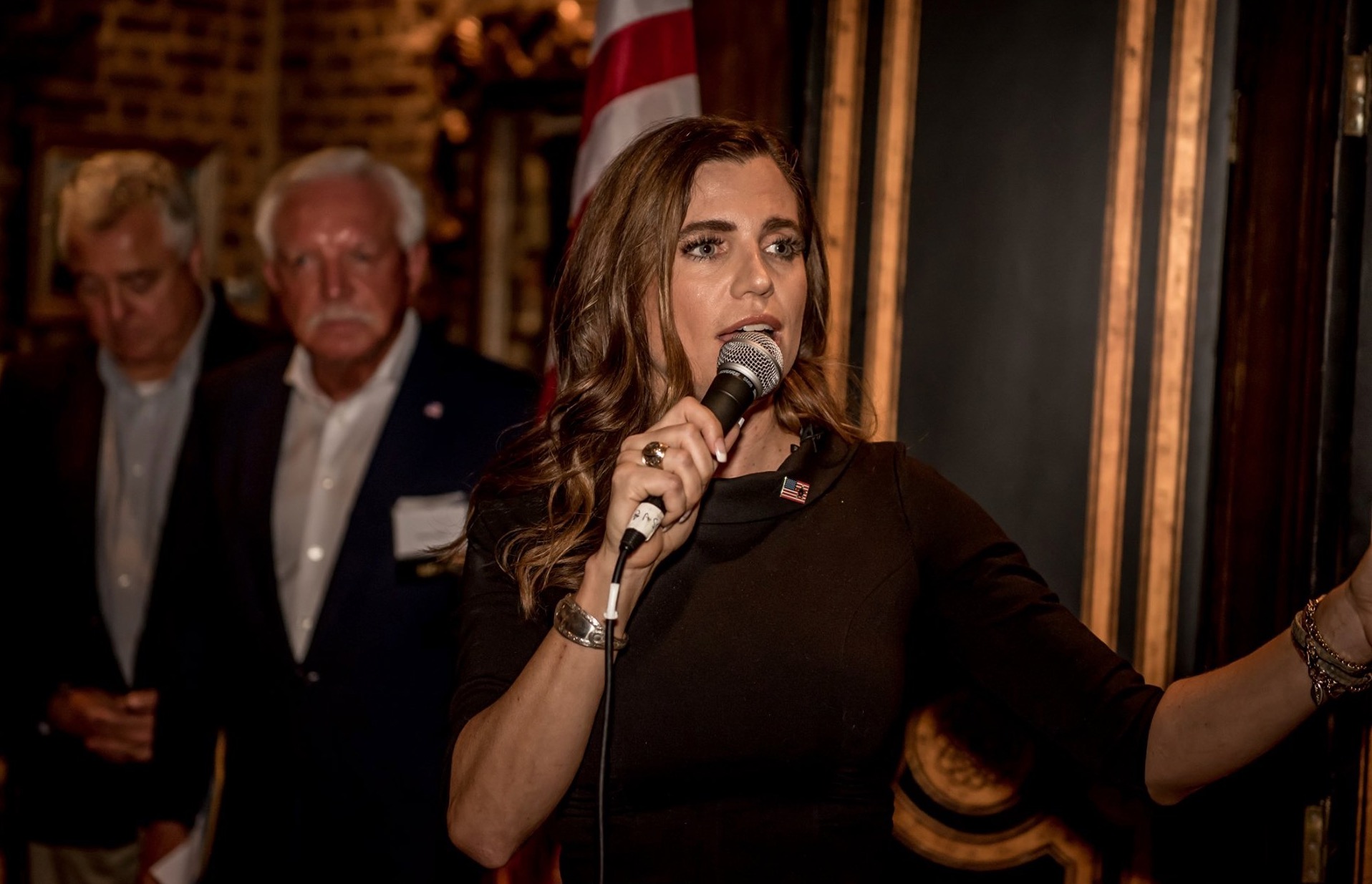 South Carolina state representative Nancy Mace remains the early frontrunner in the Republican race for the Palmetto State’s first congressional district, according to the results of a new survey from a political action committee affiliated with the national Club for Growth.

According to the national survey, Mace is backed by 23 percent of the GOP electorate – compared to eight percent support for Beaufort county councilman Michael Covert and “Bikers for Trump” founder Chris Cox of Mount Pleasant, S.C.

Mount Pleasant town councilwoman Kathy Landing is in fourth place with the support of five percent of respondents.

The overwhelming majority of Republicans in the district – 57 percent – remain “undecided.”

The results of the Club for Growth poll – which purportedly surveyed 400 likely GOP voters last week – are consistent with results released earlier this month by Columbia, S.C.-based First Tuesday Strategies. That survey had Mace receiving 19.4 percent support, with Covert, Cox and Landing each clocking in at around three percent. A whopping 59.4 percent of respondents were “undecided” in that survey, too.

As we noted in response to the previous poll, “obviously this race remains wide open, but Mace … is the clear frontrunner at the outset of the contest.”

That advantage extends to the early fundraising totals, too.

Mace, 41, obviously still has a long way to go to capture the nomination. Not only are her opponents starting to tee off on her (especially Covert), but she has bad blood with several influential GOP leaders in the state – including former governor (and United Nations ambassador) Nikki Haley and U.S. senator Lindsey Graham.

According to our sources, Haley (above) and Graham have encouraged national GOP leaders to continue searching for prospective candidates – while we are informed one “known commodity” is also eyeing the Republican race.

Of course the real battle will be the general election …

As we have noted on several prior occasions, Cunningham is getting some surprise love from Republican politicians and conservative groups – bipartisan backing which has capably reinforced his “Lowcountry over Party” mantra.

Such crossover support could be tremendously impactful in a district the 37-year-old “ocean engineer” barely won last fall – and which U.S. president Donald Trump won by thirteen points in 2016.

When it comes to Lowcountry support for Trump, though, times have changed …

Compounding the problem for Cunningham’s GOP challengers? The surprise support he has received from the ideological center-right/ center of the Palmetto political spectrum has been accompanied by ongoing GOP ineptitude in the attacks being leveled against him (see here and here).