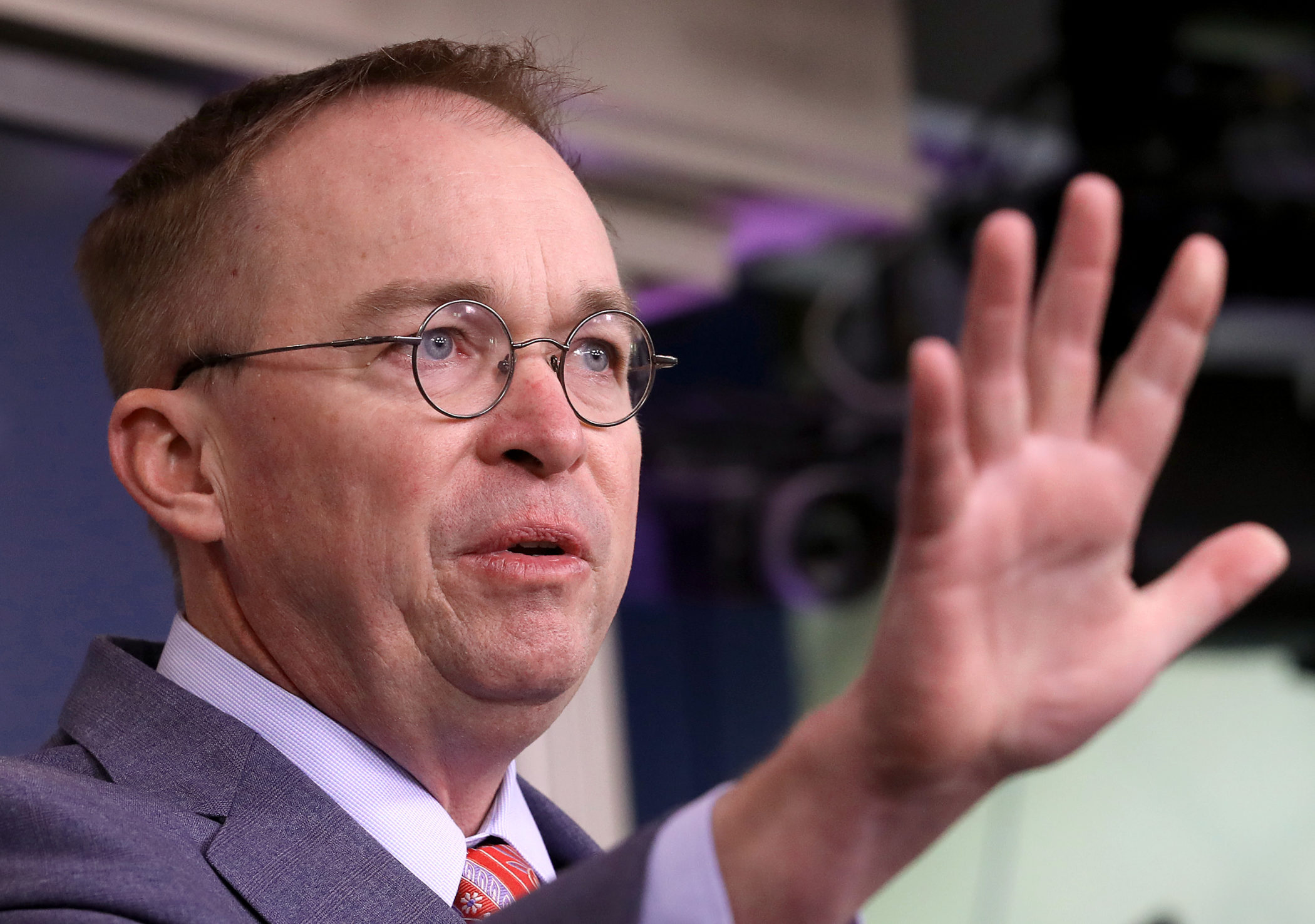 Which goes against weeks of spin coming out of the west wing as it relates to the so-called “Ukrainian meddling” scandal.

“I have news for everybody,” Mulvaney said during a bombshell press briefing at the White House. “Get over it. There’s going to be political influence in foreign policy. That is going to happen.”

“Did he also mention to me in (the) past the corruption related to the DNC server? Absolutely,” Mulvaney said, recalling a conversation he had with Trump. “No question about that. But that’s it, and that’s why we held up the money.”

“The look-back to what happened in 2016 certainly was part of the thing he was worried about (with) corruption with that nation,” Mulvaney added, calling such concerns “absolutely appropriate.”

Hours later, though, Mulvaney issued a press statement slamming the media for “misconstruing” his remarks.

“Once again, the media has decided to misconstrue my comments to advance a biased and political witch hunt against President Trump,” Mulvaney said in his statement. “Let me be clear, there was absolutely no quid pro quo between Ukrainian military aid and any investigation into the 2016 election. The president never told me to withhold any money until the Ukrainians did anything related to the server. The only reasons we were holding the money was because of concern about lack of support from other nations and concerns over corruption.”

The press conference is Mulvaney’s second major flub in as many weeks. Last week, he played an instrumental in convincing Trump to hire his longtime friend and former colleague in the U.S. House of Representatives Trey Gowdy (above) to help the administration defend against the escalating Democratic impeachment inquiry.

The very next day, though, it was revealed Gowdy could not assist the effort for several months due to lobbying rules linked to his tenure in congress from 2011-2019.

Now he is out of the picture entirely.

The Gowdy fiasco quickly turned into an embarrassing process story, with reporters Maggie Haberman and Annie Karni of The New York Times reporting that the botched hiring offered “a rare public glimpse into the internal posturing – and undercutting of colleagues – that has been playing out in the West Wing on a daily basis since Speaker Nancy Pelosi announced a formal impeachment inquiry.”

Our view? We do not know exactly what is going on right now in Washington, D.C. (a town that has completely taken leave of its senses), but mistakes like these are very un-Mulvaney-esque.

Prior to the impeachment drama settling in, Mulvaney had emerged as a stabilizing figure in the White House – focusing on running the government while Trump ran the D.C. political circus through his Twitter account. In contrast to other west wing leaders, Mulvaney kept his nose down and diligently advanced the Trump agenda in the executive and judicial branches of government – earning high marks for his work.

Since impeachment, though, Mulvaney has made several uncharacteristic missteps – prompting a range of speculation from those who know the former South Carolina congressman well.

“Mick may be the victim of hubris,” one of his former legislative colleagues told us. “He always thinks he is the smartest guy in the room, and that’s a good thing – until it isn’t.”

Another South Carolina politico who served with Mulvaney had a different take on the latest developments.

“The only explanation I can think of is (that) he is trying to get fired,” the politico told us. “Because Mick doesn’t make mistakes like this.”

While we gave up defending Trump many months ago owing to his escalating fiscal liberalism, this news outlet continues to take a dim view of the Democratic impeachment effort. Having said that, it is clear Mulvaney’s comments have handed that effort fresh momentum – while at the same time seriously undermining the position of the Trump administration on its dealings with Ukraine.