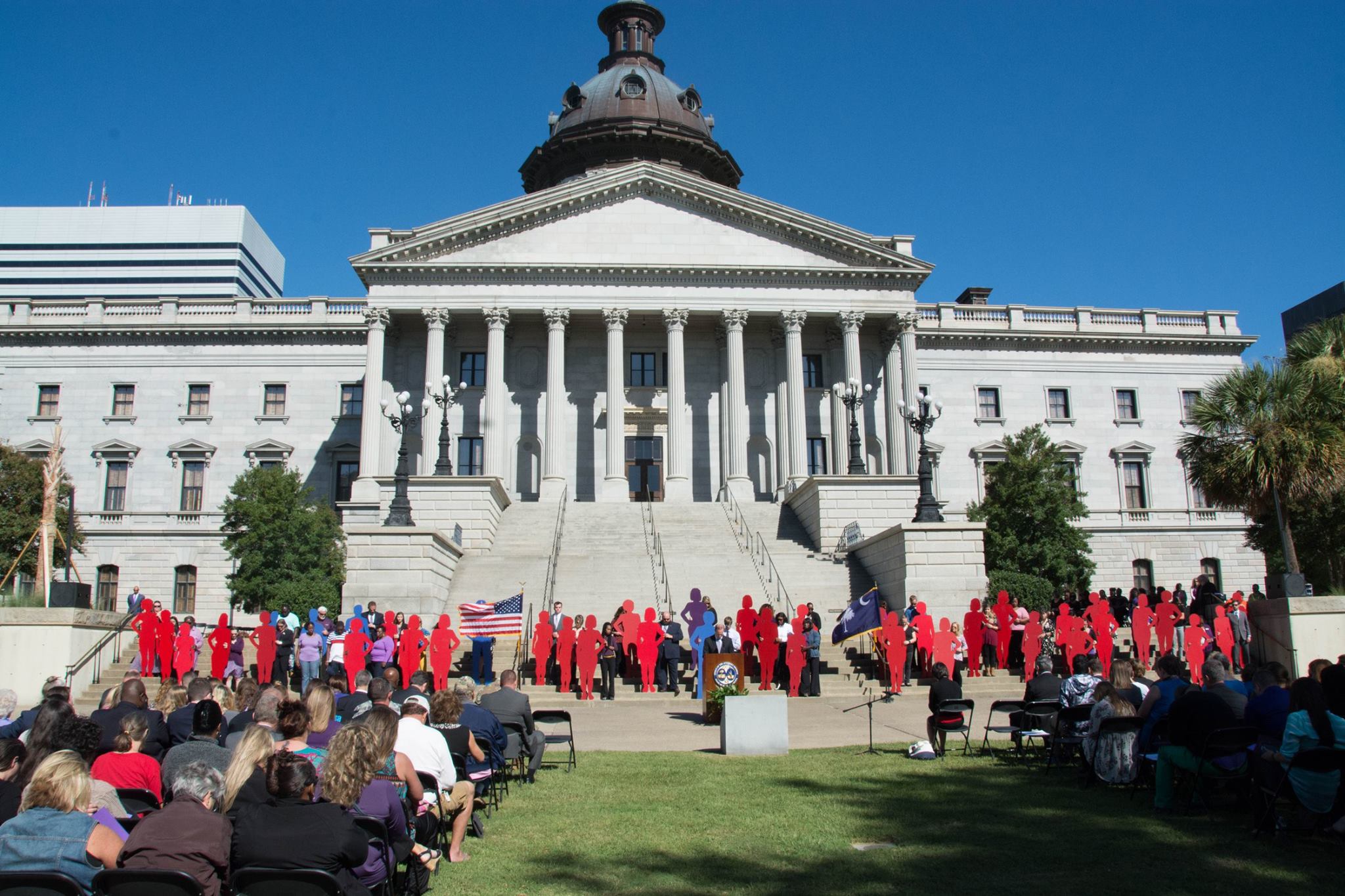 The 22nd annual ceremony – held on the south steps of the S.C. State House – marked the beginning of domestic violence awareness month across the United States. It also coincided with the release of updated crime stats related to women who die at the hands of men – often men with whom they reside.

“This is a sad and solemn occasion to commemorate the lives that were lost in the past year to domestic violence,” Wilson said in a statement issued from his office. “This is a cycle of violence that must be broken in our state. All too often, not only is the life of the victim lost, but in ways, we lose the children who grow up in a home where domestic violence is taking place.”

During the ceremony, Wilson called the names of thirty women and eleven men from across the state who lost their lives as a result of domestic violence during 2018. On the steps of the State House, their friends, family members and volunteers held life-sized silhouettes representing their lost loved ones – while a 42nd silhouette was raised representing potential unknown victims.

“Domestic violence affects us all,” Wilson’s statement continued. “Domestic violence cuts across gender, race, and ethnicity. People in every socioeconomic status experience this type of violence. Domestic violence victims are all around us – in our neighborhoods, workplaces, and our places of worship.”

This week, the Washington, D.C.-based Violence Policy Center released a report showing South Carolina ranking as the fifth-worst state in America in terms of the number of women murdered by men.

For many years, it was the worst.

According to the report – which used federal crime data – 52 women were killed by men in South Carolina in 2017, the latest year for which data is available. That is up from 48 women killed by men in 2016.

The statistics include all homicides, not just domestic violence homicides.

State senator Katrina Shealy, a Republican from Red Bank, S.C., has pushed to expand protections for women (and men) who live together. Shealy also helped push through a 2015 law which increased penalties for domestic violence offenders.

“Being number one in domestic violence is never where we want to be again,” Shealy (above) told reporter Christina Myers of The Associated Press earlier this year.