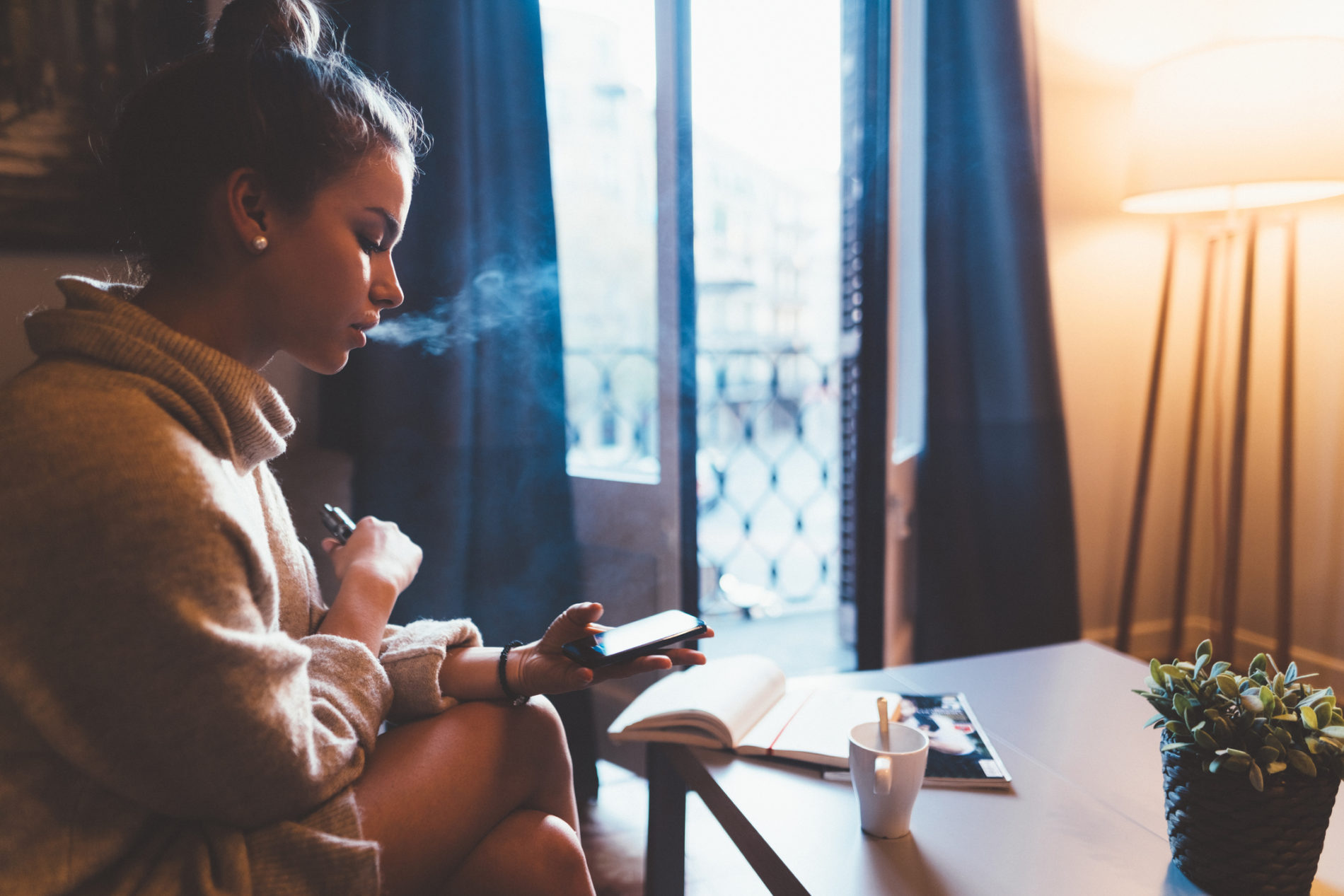 U.S. president Donald Trump is preparing a nationwide ban on flavored e-cigarettes in connection with a yet-to-be-explained respiratory outbreak that has killed six people.

Actually, it is first lady Melania Trump leading the charge on this issue …

“I am deeply concerned about the growing epidemic of e-cigarette use in our children,” the first lady tweeted earlier this week. “We need to do all we can to protect the public from tobacco-related disease and death, and prevent e-cigarettes from becoming an on-ramp to nicotine addiction for a generation of youth.”

On Wednesday, the president also addressed the issue, saying he was especially concerned with “vaping as it pertains to innocent children.”

“We can’t allow people to get sick and we can’t have our youth be so affected,” Trump said. “That’s how the the first lady got involved. She’s got a son, together, that is a beautiful young man and she feels very, very strongly about it.”

Trump’s Health and Human Services (HHS) director Alex Azar feels strongly about the issue, too, judging from a scorching statement issued by his agency on Wednesday.

“The Trump Administration is making it clear that we intend to clear the market of flavored e-cigarettes to reverse the deeply concerning epidemic of youth e-cigarette use that is impacting children, families, schools and communities,” Azar said in the statement. “We will not stand idly by as these products become an on-ramp to combustible cigarettes or nicotine addiction for a generation of youth.”

Dialing up the heavy-handedness, the acting commissioner of the Food and Drug Administration (FDA) vowed to bring “the full scope of our regulatory authority thoughtfully and thoroughly to tackle this mounting public health crisis.”

“We must act swiftly against flavored e-cigarette products that are especially attractive to children,” Ned Sharpless said. “Moreover, if we see a migration to tobacco-flavored products by kids, we will take additional steps to address youth use of these products.”

As if the point weren’t sufficiently driven home, take a look at the FDA’s home page right now …

Talk about amping things up to eleven …

In case you aren’t reading between the lines, the federal government has declared a war on vaping.

Its justification? As of this writing, health officials are investigating nearly 500 cases of an allegedly vaping-driven respiratory outbreak – one which may have something to do with users placing tetrahydrocannabinol (THC, the active ingredient in marijuana) in their vaping devices.

How will this war impact South Carolina? Good question. Just a few months ago, vaping giant Juul announced its plans to locate an assembly and packaging plant in Lexington County, South Carolina.

The proposed plant is expected to bring a capital investment of $125 million and 500 new jobs – although state senator Katrina Shealy indicated an additional 300 jobs were part of the company’s long-term plans.

We wonder … have those plans now changed?

Shealy told us this week she hadn’t heard any updates on the facility lately. Sources close to Juul insisted the company was still planning on “going live” at the beginning of 2020.