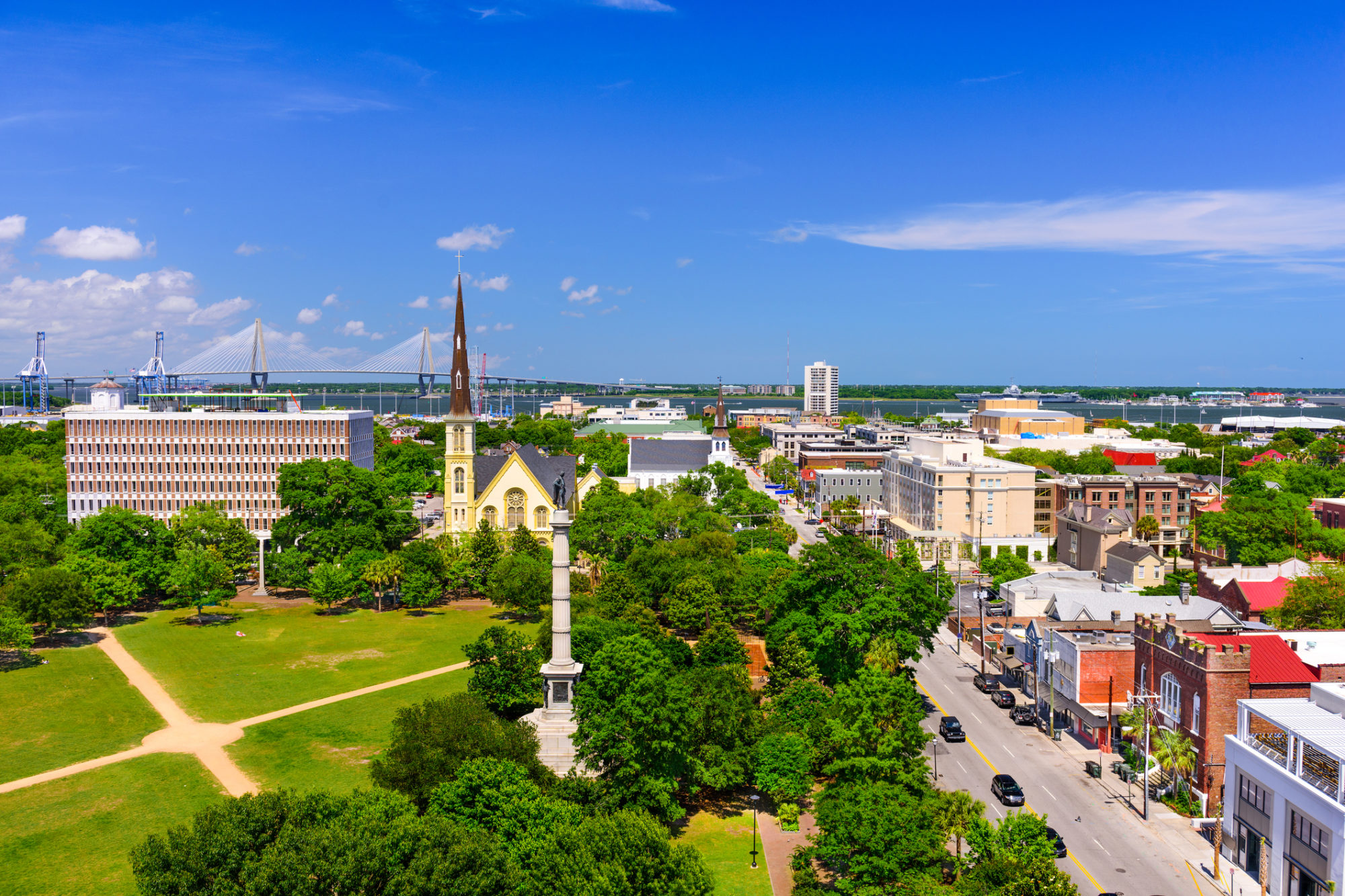 While redheaded bombshell Kathryn Calhoun Dennis continues to receive rave reviews on Bravo TV’s Southern Charm, her most famous forbearer is taking some serious heat in the Holy City of Charleston, South Carolina.

And it’s not even summer yet …

Actually, the campaign to remove the Calhoun monument is part of a broader, nationwide effort the group has dubbed the “Make It Right” project.

The goal of MIR isn’t merely to “raise awareness” or “spark a national dialogue,” but to use multiple media formats to move the needle and create visible, measurable change. The inaugural project is focused on the removal of Confederate monuments and memorials, which are tangible eulogies to heroes of a treasonous anti-American campaign and a reflection of U.S. investment in white power and supremacy.

In support of this tough talk, “Make it Right” is holding a protest rally at 6:30 p.m. EDT in Marion Square on Thursday (May 16, 2019) as part of its opposition to the “racist Calhoun marker and all symbols of white supremacy.”

Erected on June 27, 1896, the 80-foot monument features Calhoun standing with his cloak draped over his shoulders – a scroll clutched in his left hand as he overlooks the street that bears his name.

“Removing Calhoun will require sustained work and effort,” the group stated in a recent release. “The monument will never come down until those keeping it in place feel pressure from multiple sources, and realize that there won’t be a compromise.”

Actually, there won’t be a compromise … because in South Carolina, there has already been a compromise.

In 2000, the S.C. General Assembly approved the so-called “Heritage Act” – which holds that “any monument, marker, memorial, school, or street erected or named in honor of the Confederacy or the civil rights movement located on any municipal, county, or state property shall not be removed, changed, or renamed without the enactment of a joint resolution by a two-thirds vote of the membership of each house of the General Assembly.”

The Heritage Act was part of a bipartisan, biracial compromise that moved the Confederate flag off of the dome of the S.C. State House to a position on the north lawn of the state capitol nearly 20 years ago.

This law was amended in the spring of 2015 to remove the flag from the State House grounds – but legislative leaders made clear at the time that they would support no further historical sanitization.

We agreed with them then … and now.

Accordingly, efforts by municipalities to remove symbols of the Confederacy have been unsuccessful … as have efforts to remove Calhoun’s legacy from Clemson University while at the same time renaming the school’s signature building, Tillman Hall.

That building is named after Benjamin Tillman, an outspoken white supremacist and lynch law advocate who was indicted (but never tried) for his role in the 1876 Hamburg Massacre. In that incident, at least six black freedmen were murdered by a racist mob.  Three others were shot and seriously wounded.

Not only was “Pitchfork Ben” never prosecuted for the Hamburg Massacre, he referred to it as one of many “stirring events” that rallied support for his 1890 gubernatorial campaign. Tillman won that race, which led to the onset of South Carolina’s “Jim Crow” laws and the infamous Constitution of 1895 – a document which continues to hold our state back on multiple levels.

Activists pushing for the removal of the Calhoun statute believe Tillman’s legacy is alive and well in the Palmetto State.

“Well into the 20th century, Confederate monuments remained a keystone of white South Carolina’s retaliatory response to black folks’ meager Reconstruction-era civil rights gains,” wrote Kali Holloway, leader of the Make It Right project. “Just over ten years after Northern troops left the state, the Calhoun statue was dedicated, one of dozens of symbols of white defiance against black equality.”

They also take a dim view of the Heritage Act.

“The same principle was at work more than 160 years later when South Carolina’s neo-Confederate legislators governed from a place of anger about the movement of the Confederate flag from one part of the Statehouse (sic) to another,” Holloway continued. “Despite having already achieved a victory for the status quo, the illusory threat of black racial progress provoked a legislative whitelash in the form of the Heritage Act. That law, held up against the backdrop of history, reveals itself as a modern update to a very old American idea. The Newtonian law of white supremacy is that for every black civil rights step forward, there must be a retaliatory push back.”

And yet this was the same law used to remove the Confederate flag from the grounds of the State House altogether in 2015?

Charleston, S.C. mayor John Tecklenburg has tried to have it both ways with regard to the Calhoun statue, supporting its continued presence in Marion Square but urging the city to install a plaque that would illuminate Calhoun’s “views on racism, slavery, and white supremacy.”

A discussion on this plaque was deferred last January, though, and has not been addressed by the city since. Meanwhile, Charleston’s newly created “office of diversity, racial reconciliation and tolerance” has been studying the matter further.

While this news outlet opposes the removal of the Calhoun statue (and further historical sanitization in South Carolina), it is important to recall our prior positions on these delicate matters.

In the spring of 2015, for example, we were the first news outlet in the state to call for the removal of the flag from the grounds of the S.C. State House – a principled decision that cost us broad swaths of support.

Our column to that effect was published less that 48 hours after the “Holy City Massacre,” the premeditated, racially motivated murder of nine black churchgoers by a 21-year-old white supremacist. Unlike then-S.C. governor Nikki Haley, we immediately made the call – we didn’t have to wait for our crony capitalist masters to tell us the right thing to do.

Unfortunately, we continue to believe the process by which the flag was removed was divisive and patently unfair/ disrespectful of flag supporters.

“The flag had to come down: But those pushing its descent didn’t have to take the pole and ram it up the collective backside of those still clinging to a genuine – albeit misplaced – affinity for the standard,” we noted in the aftermath of that battle. “In fact they could have gotten it down quicker – and cleaner – had they shown the same sort of respect they insisted upon receiving themselves throughout this process.”

Our view? All of us need to be looking forward, not backward … recognizing the flaws in our shared history but not permitting them to inhibit a symbiotic future.