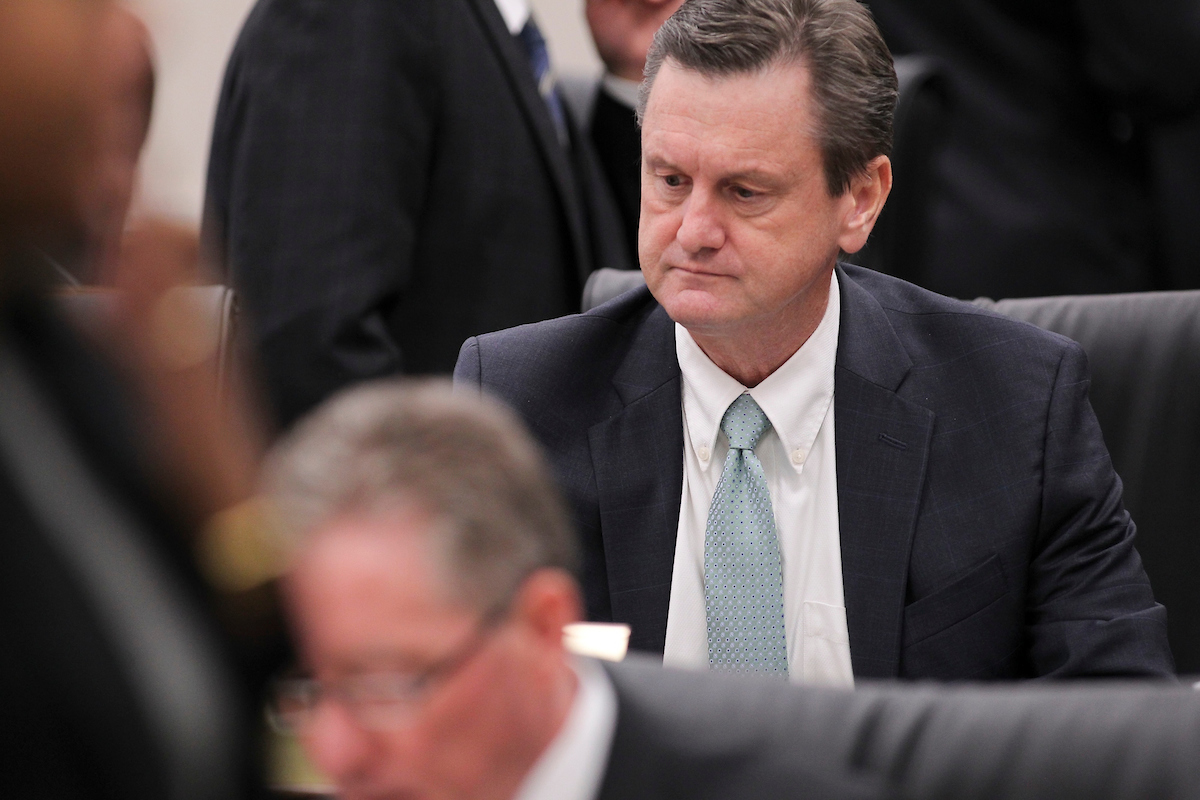 But of all the elected officials in the Palmetto State who are capable of withstanding such a hit, state senator Tom Davis of Beaufort, S.C. would seem to be at the top of the list.

That’s good news for Davis, because last week he got slammed by precisely such an attack – an anonymous, statewide mailing castigating him (inaccurately) on the issue of medical marijuana legalization.

Did the mailing hurt him? No … in fact we believe the mailing will probably wind up helping him (especially in light of recent polling on this issue).

Certainly, though, Davis is in no danger in his backyard.

Davis’ colleagues in the Senate have marveled to us in years past about his “other-worldly” approval ratings in Beaufort County, and his recent showing in a survey of prospective candidates for the South Carolina first congressional district underscored his popularity.

Davis drew the support of 7.4 percent of respondents in the survey, which is a significant number considering he has never run for office at the congressional level – and considering he hails out of one of the smaller population centers in this coastal district.

This week, we were provided with some additional evidence of Davis’ popularity. According to a survey conducted by WPA Intelligence, 65 percent of GOP primary voters in S.C. Senate District 46 (map) have a favorable impression of Davis – including 39 percent who have a “very favorable” impression. Meanwhile, only five percent of primary voters view Davis negatively – including only 2 percent who have a “very unfavorable” view of their lawmaker.

Those are impressive digits for any GOP lawmaker – especially an independent-minded contrarian with a mile-wide libertarian streak who has bucked his party’s leadership on multiple occasions in the past (including three memorable filibusters of a gas tax hike).

Some context on Davis’ numbers: While U.S. president Donald Trump and governor Henry McMaster have higher overall favorable numbers than he does, GOP voters are obviously more familiar with them (99 percent know Trump and 97 percent know McMaster). Yet despite this, Davis actually has a stronger “very favorable” rating than the incumbent governor. Meanwhile his favorable-to-unfavorable ratio of 13-to-1 is much better than Trump’s ratio of 8-to-1.

Davis has repeatedly stated he is not planning to run for the GOP first district nomination in 2020, but his monolithic support in Beaufort county would give him a built-in advantage in a crowded race.

Also, as we noted in our initial assessment of the first district field, Davis has a nice “wedge issue” with which to break into the Charleston and Berkeley county markets – which is where the votes are in the first district.

Specifically, Davis’ ongoing pursuit of a deepwater port in Jasper County is likely to be very appealing to Charleston voters who are tired of the congestion accompanying port expansion plans in and around the Holy City.

Stay tuned … we will be interested to see what Davis decides to do in the aftermath of the dark money hit against him.