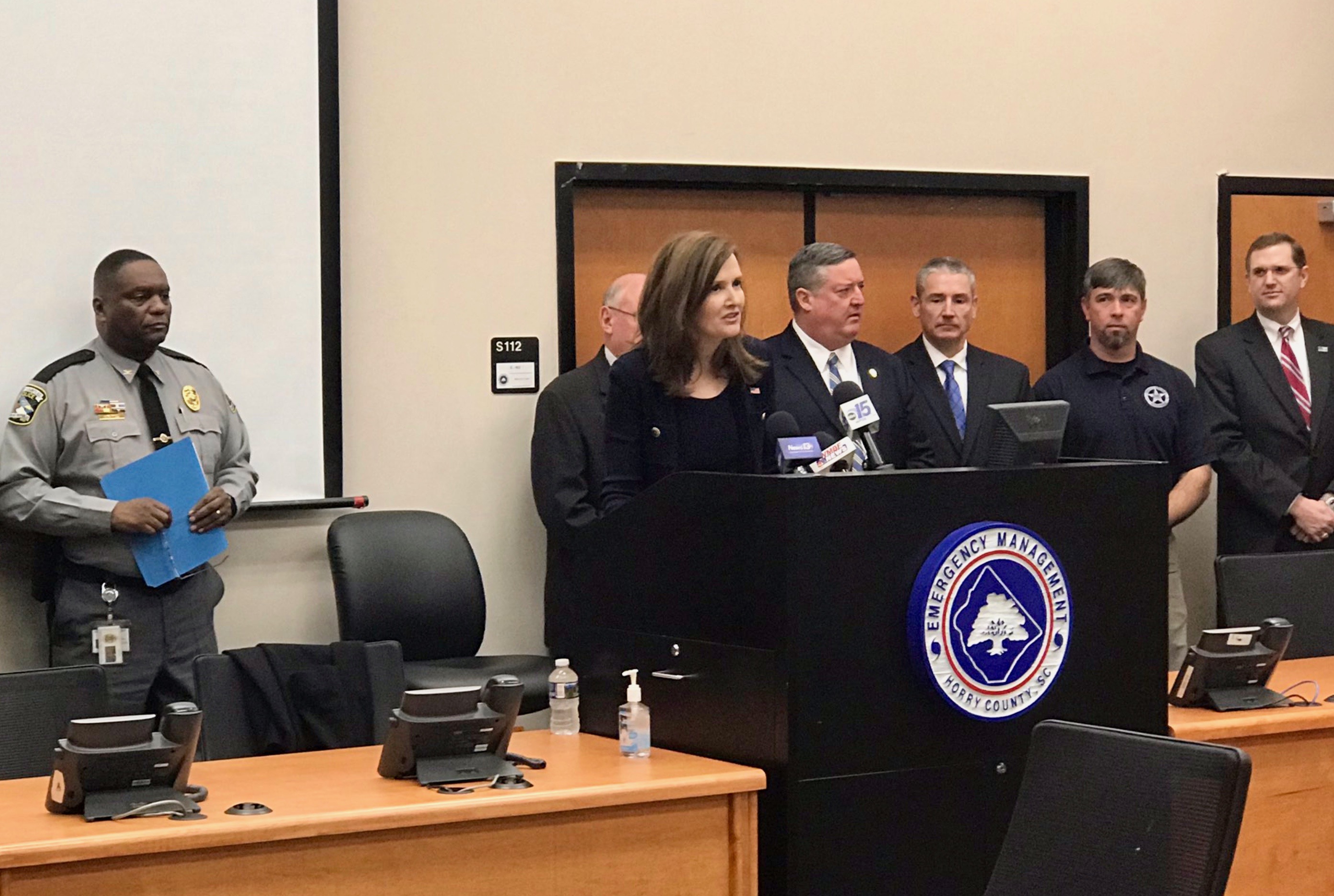 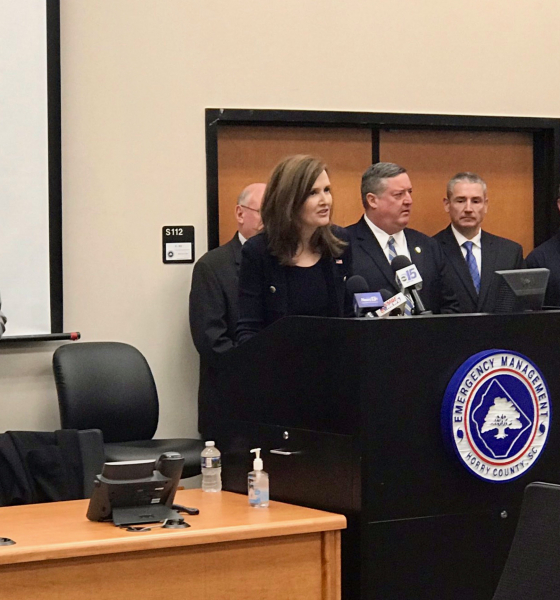 U.S. attorney for South Carolina Sherri Lydon vowed that she was going to crack down on organized gangs when she took office six months ago.

On Thursday, she made good on that promise …

Lydon joined federal, state and local law enforcement personnel in announcing a massive, multi-agency sting operation in Horry County, S.C. that resulted in the arrest of 27 alleged members or associates of the “G-Shine” gang.  Prosecutors claim this New Jersey-based organization has been dealing heroin, fentanyl, oxycodone, crack cocaine and other substances along the Grand Strand – contributing to the area’s opioid epidemic.

Twenty-four of the 27 defendants named in the federal indictment were arrested this week as part of a multi-location, multi-jurisdictional law enforcement “take down” that involved more than 125 officers.  Those defendants are currently facing 46 federal narcotics charges, although we suspect additional charges are forthcoming.

“G-Shine’s gang members and associates sell drugs,” Lydon said. “And when they sell those drugs, they use guns.  They use guns to defend themselves, and to defend their criminal enterprise.”

In opening her remarks, Lydon said one of the first things she did after taking office was to pay a visit to Myrtle Beach.

“I wanted them to know how much the U.S. attorney’s office wanted to help,” she said.  “I felt like our office had not had enough presence in this area.”

She also made it clear in announcing the latest sting that her work on the Grand Strand is just beginning.

“Our message today is for the community of Myrtle Beach,” Lydon said.  “We will spare no resources to make sure this community is safe.  We aren’t just going after drug couriers and seizing large drug amounts, we are targeting groups that are directly destroying communities in this area.  We are less about the size of the drug seizure and more about taking back neighborhoods.”

“Let me make clear my message to the gangs out there: If you mix illegal opioid distribution and violence, the federal government will join ranks with local law enforcement and target you,” she said.  “You are who we are looking for – we have our sights set on you.”

Tough talk for sure …

This is the second major announcement made by Lydon’s office in the last two weeks.  On November 28, her office announced multiple indictments related to an alleged “sextortion” scheme targeting members of the military.  That scheme – which we reported on back in October – was allegedly run by inmates housed at S.C. Department of Corrections (SCDC) facilities.

As with anyone accused of any crime, those facing charges in connection with this alleged criminal enterprise should be considered innocent until proven guilty by our criminal justice system – or until such time as they may wish to enter a pleading in connection with the charges filed against them.

As regular readers of this news site are well aware, we approach the issue of illegal narcotics a bit differently from most media outlets – especially when it comes to comparatively small-time busts.  Having long advocated for the decriminalization of marijuana and other drugs, we believe organizations like “G-Shine” owe their existence in no small part due to nearly five decades of failed federal prohibition policy.

We also believe it is unfair that some purveyors of addictive substances are targeted as criminals while others – including pharmaceutical executives and owners of alcohol distributorships – are treated as upstanding members of society.

Are both not ultimately doing the same thing to our communities?

In fact, the last time we checked this was a particularly sensitive contrast in the Myrtle Beach area …

Anyway, whatever our ideological inclinations are on the decriminalization issue we have no issue with Lydon’s Horry County “take down” – or her aggressive rhetoric in its aftermath.  In fact we admire it.  Lydon is taking on some very dangerous people who we suspect are posing a danger to the safety of the Myrtle Beach area, and that sort of principled determination (at personal risk) impresses us tremendously.

Got something you’d like to say in response to one of our stories? Please feel free to submit your own guest column or letter to the editor via-email HERE. Got a tip for us? CLICK HERE. Got a technical question or a glitch to report? CLICK HERE. Want to support what we’re doing? SUBSCRIBE HERE.
Banner: @HorryJournalist