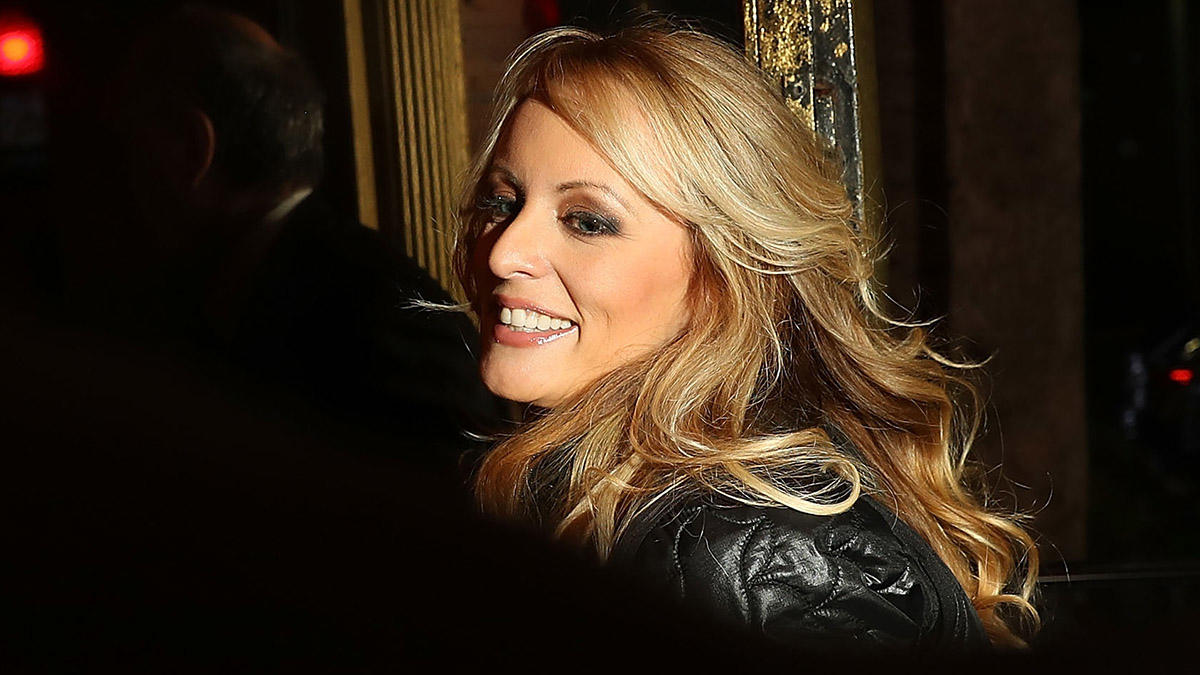 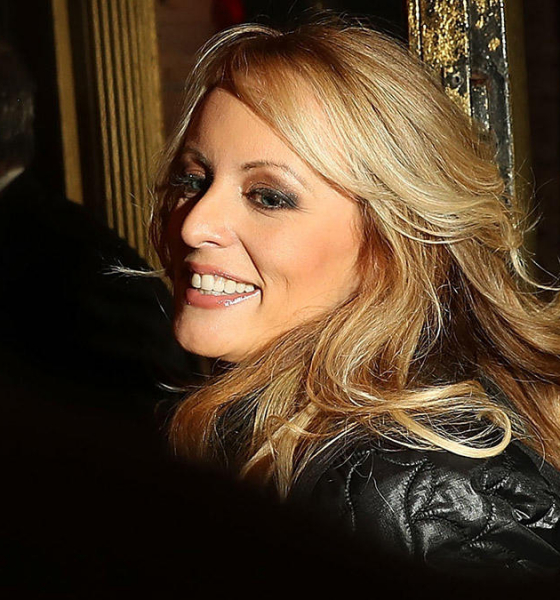 Stormy Daniels: Working To Pay Off Those Legal Fees

Less than 48 hours after a federal judge ordered her to pay $293,000 in legal fees and sanctions to U.S. president Donald Trump, adult entertainer Stormy Daniels will appear at a gentleman’s club in South Carolina

Daniels will appear on Thursday evening (December 13) at the Platinum West club in West Columbia, S.C. for two shows.  Admission is $15 in advance or $20 at the door.  The first show begins at 9:00 p.m. EST.  The second show is at midnight. 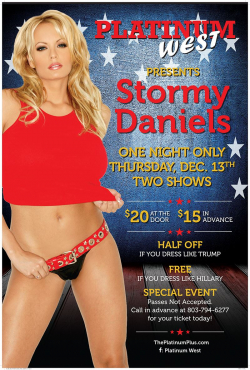 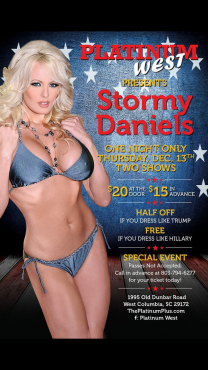 Daniels, 39, is one of many women with whom Trump is alleged to have had extramarital relations.  Her case is by far the most well-known, though – especially in the aftermath of this week’s conviction and sentencing of Trump’s former attorney – Michael Cohen.

Cohen made a $130,000 payment to Daniels – allegedly at Trump’s direction – on October 28, 2016 as part of a deal that prohibited her from discussing her “intimate relationship” with the future president.

Presumably in keeping with that arrangement, Daniels denied having sexual relations with Trump – however in 2011 she gave an interview to InTouch magazine detailing their alleged affair.  According to the interview, Daniels claimed she first had sex with Trump at a Lake Tahoe, Nevada hotel suite in 2006 – four months after Trump’s wife, first lady Melania Trump, gave birth to their son Barron Trump.  Subsequent encounters were alleged to have taken place at a hotel in Beverly Hills, California.

In filing suit against Trump back in March, Daniels confirmed the relationship – saying it continued “well into the year 2007.”  That same month, she provided intimate details of her alleged affair with Trump during a 60 Minutes interview with Anderson Cooper.

Two months ago, U.S. district court judge James Otero tossed a defamation suit filed against Trump by Daniels – and earlier this week he ordered her to pay a large portion of Trump’s legal fees related to that case.

Daniels’ main legal complaint against Trump is ongoing, however.

Daniels has made trips to numerous to the Palmetto State since landing in the national limelight, including appearances in Myrtle Beach and Greenville, S.C.

Brett Kavanaugh: We Told You So, Conservatives