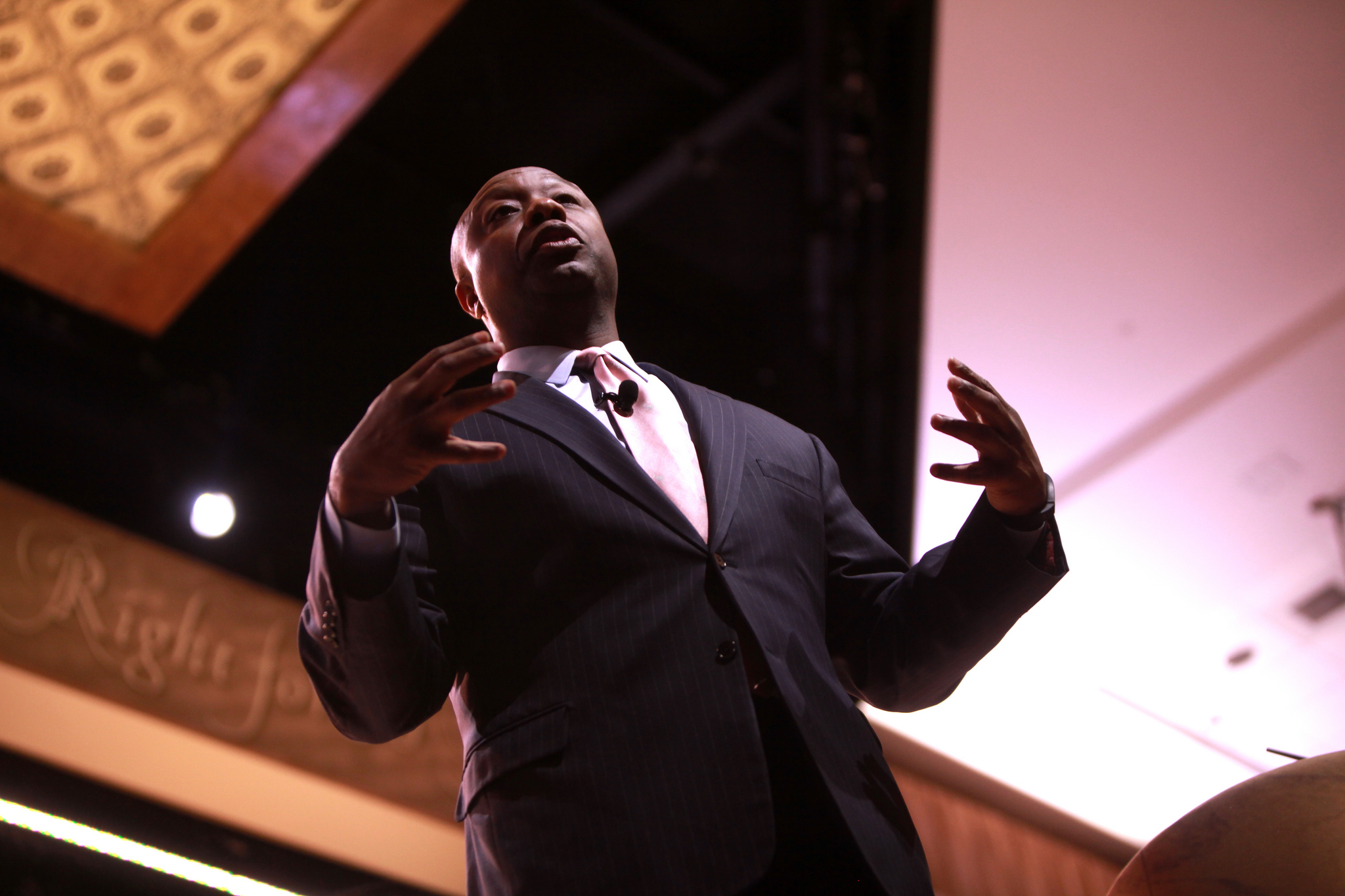 U.S. senator Tim Scott is being pilloried by the left for his vote to advance the nomination of Thomas Farr – a 64-year-old attorney tapped by president Donald Trump to serve as a district court judge in eastern North Carolina.

Scott has not voted to confirm Farr, however he did cast a key procedural vote to move his nomination forward.   Without Scott’s vote – which forged a tie in the U.S. Senate – vice president Mike Pence would have been unable to cast the vote that advanced Farr’s nomination.

Farr’s nomination is controversial because of his role in drafting a 2013 voter identification law in North Carolina that the U.S. fourth circuit court of appeals later struck down as unconstitutional.  According to the court, the law “target(ed) African Americans with almost surgical precision” and “impose(d) cures for problems that did not exist.”

Farr also represented U.S. senator Jesse Helms of North Carolina after the latter’s 1990 reelection campaign mailed 150,000 postcards to residents in heavily-black districts informing them that “residency requirements were strict and vote fraud was punishable by imprisonment.”  In a recently unearthed memo, the U.S. Department of Justice (DOJ) concluded these postcards were “designed to intimidate and threaten black voters throughout the state of North Carolina.”

“History will not be kind to Tim Scott,” Soledad O’Brien tweeted in response to his vote to advance Farr’s nomination.

Her response was among the more polite objections registered in response to Scott’s vote.

Others blasted him as a “token,” “traitor,” “sellout” and “empty suit.”

This is not the first time Scott has been in the spotlight over a Trump judicial nominee accused of racism.

Four months ago, he single-handedly scuttled the nomination of Ryan Bounds to fill a seat on the über-liberal U.S. ninth circuit court of appeals.

This news outlet’s founding editor, Will Folks, penned a lengthy column criticizing Scott for his opposition to Bounds – who more than a quarter century ago (as an undergraduate student at Stanford University) had the audacity to suggest that political correctness in America had gotten out-of-hand and that “race-focused groups” often did more to stoke division and intolerance than they did to alleviate it.

Bounds disavowed these prior remarks and apologized for “the obnoxious tone and misguided sentiments” expressed therein.  He further vowed to display “appropriate sensitivity to the views of others – particularly those from marginalized communities” if appointed to the bench.

Scott was not sold, though …

Frankly, it baffles us that Scott would vote to advance Farr after blocking Bounds.  When it comes to alleged racism, it certainly seems there was a far more compelling case to be made against Farr, whose name will come up for a final vote next week.

Will Scott ultimately support him?  We don’t know … although it would seem silly to advance his nomination one week only to sink it the next.  Which would lead us to believe Scott will be an “aye.”

While we criticized him for his opposition to Bounds (especially the manner in which he blocked his nomination), we are not going to get overly exercised one way or the other when it comes to Scott’s final vote on Farr.  If he votes to confirm him, that’s fine with us.  If he votes against him, that is also his prerogative.  Unlike Bounds, we would be hard-pressed to argue that Scott is outside of the lines if he winds up opposing Farr.