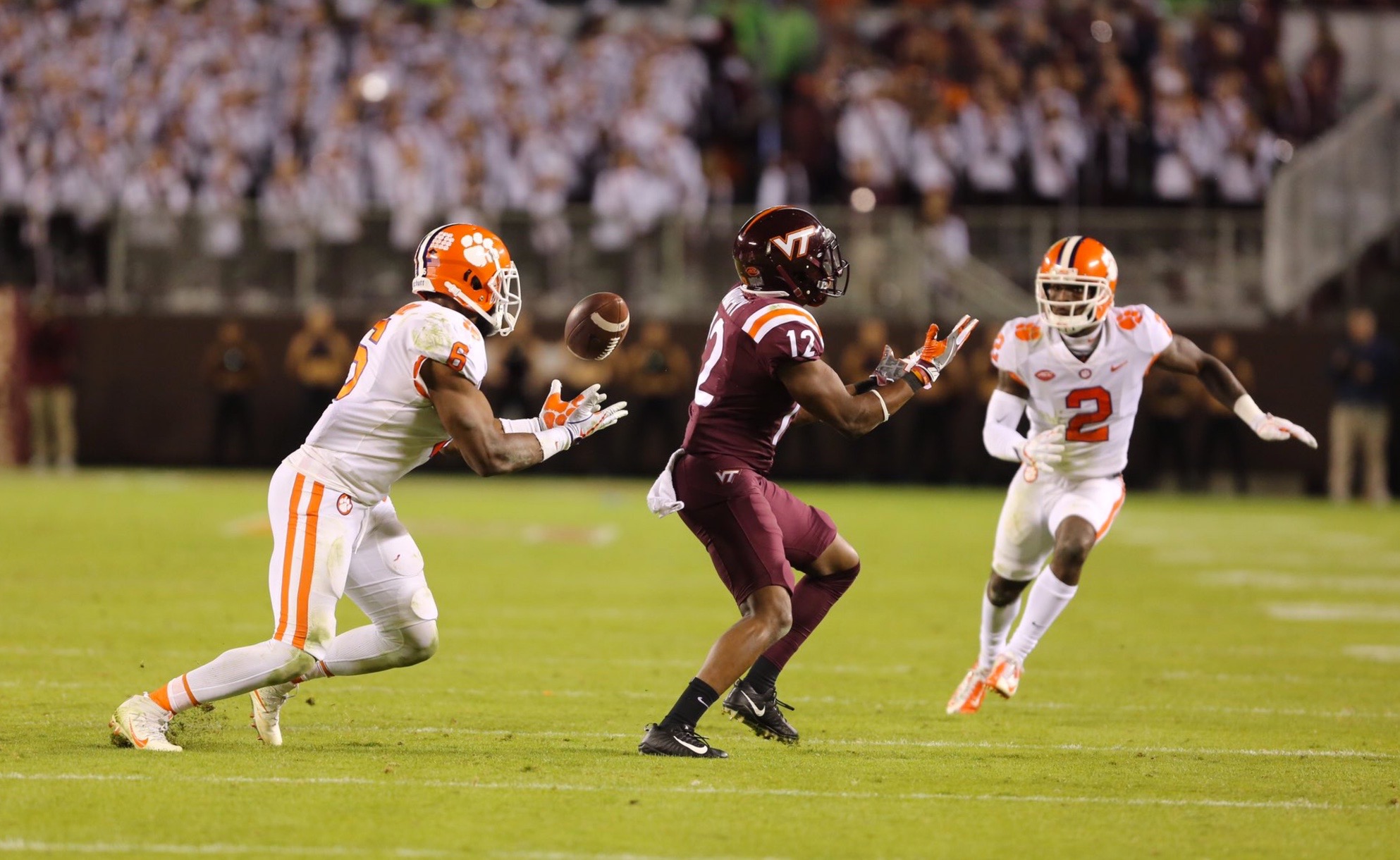 In the not too distant past, #Clemsoning referred to a football program’s failure to live up to expectations.  Well, that definition is dead and buried.  The new definition of the term?  A program shattering expectations … and proving the experts wrong every step of the way.

Clemson University‘s football program registered yet another statement victory in its quest to repeat as national champions – vanquishing No. 12 Virginia Tech 31-17 at Lane Stadium in Blacksburg, Virginia on Saturday night.

The Tigers are now the first time in NCAA history to record three wins over Top 15 teams during the month of September – having defeated No. 13 Auburn at home and No. 14 Louisville on the road previously this month.

Clemson “toppled another ACC challenger in utterly demoralizing fashion and, in the process, showcased that perhaps this year’s version of the Tigers is even better, even more dynamic, even scarier than the Deshaun Watson-led group that played for the past two national championships,” noted ESPN’s David Hale.

We’re not ready to go quite that far, but the drop-off many predicted for Clemson heading into the 2017 season simply hasn’t materialized.  Not only is defensive coordinator Brent Venables‘ unit bigger, faster and more ferocious than ever, but the Tigers’ offense hasn’t missed a beat despite losing stars Mike Williams, Deshaun Watson, Wayne Gallman and Jordan Leggett to the NFL.

Through five starts, Clemson’s junior quarterback has thrown for 1,059 yards and three touchdowns.  The 6-foot-4, 220-pound native of Calhoun Falls, S.C. has also amassed 362 yards and seven scores on the ground.

Against the Hokies, Bryant completed 12 of 26 passes for 186 yards and a touchdown.  He also led the team in rushing with 94 yards.

“What a dynamic kid,” Virginia Tech defensive coordinator Bud Foster said of the Tigers’ signal caller. “We couldn’t get him on the ground.”

Bryant is now 5-0 as Clemson’s starter – leading the No. 2 team in the country toward what would be its third consecutive trip to the College Football Playoff.

Can anybody stop Clemson?

As of this writing, the Tigers have no ranked opponents remaining on their schedule.  Resurgent NC State – which nearly upset Clemson at Death Valley last year – will host head coach Dabo Swinney‘s team on November 4, while once-proud Florida State travels to Tigertown on November 11.  Then there’s a road rivalry game against once-proud South Carolina, a team Clemson shredded last year by a 56-7 margin.

Oh, and let’s not forget Gamecock quarterback Jake Bentley has already given the Tigers plenty of bulletin board material for that game.

Bottom line?  We don’t see anybody beating Clemson the rest of the way … and let’s be honest, even a one-loss Tiger team is still likely a lock to make the CFP.