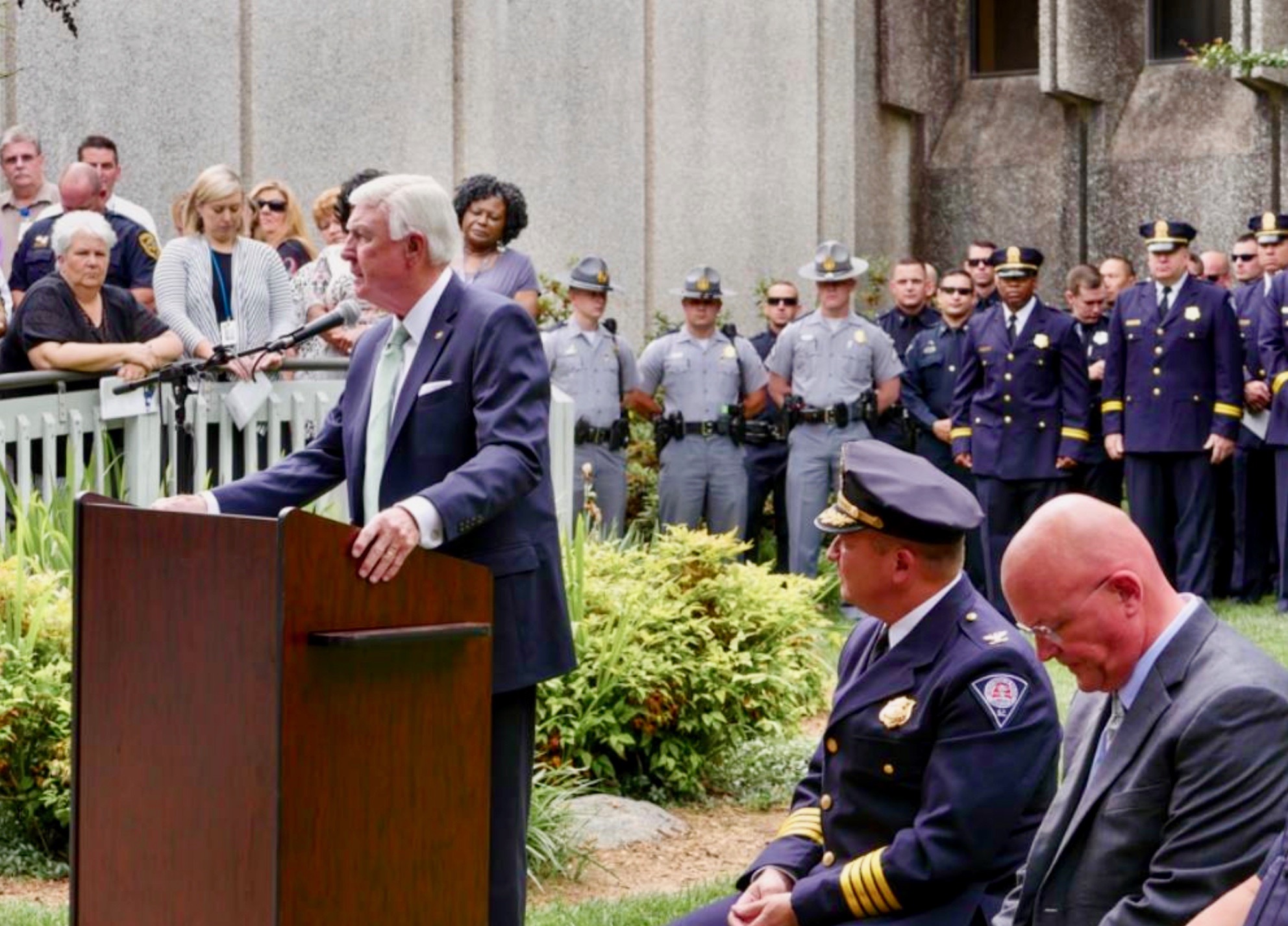 Paul Guy – a community activist and minister who is contemplating his own bid for sheriff – is reportedly filing an ethics complaint against Brown, arguing that his political activities on Smith’s behalf constitute a “misuse (of) the prestige and privilege of the office.”

Guy is also scheduling a press conference in Greenville later this week to address his concerns.

“You are providing Tommy Smith opportunities to address neighborhood watch meetings while introducing him as your choice to be the next sheriff of Greenville County,” Guy wrote on his Facebook page this week.  “As recent(ly) as last week at a neighborhood watch meeting held in northern Greenville you introduced Tommy Smith as your choice for sheriff in next year’s election.” 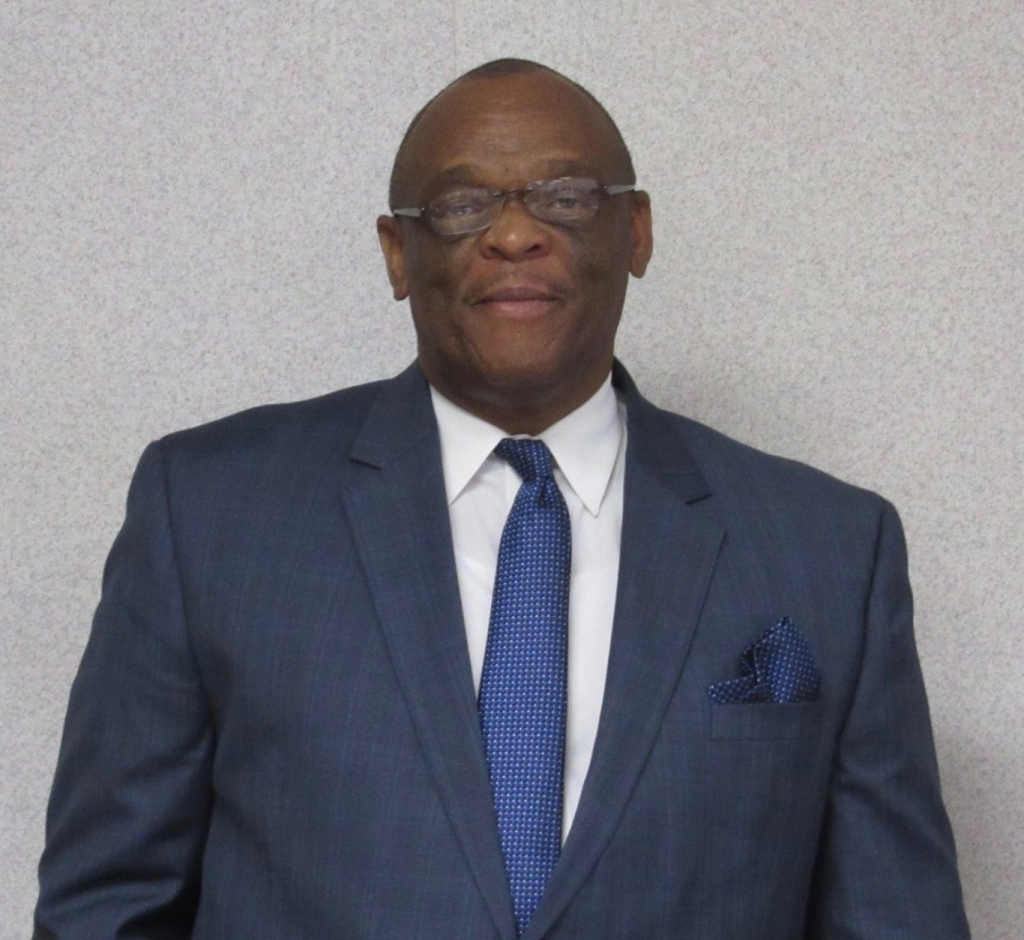 According to Guy (above), “this is an ethics violation.”

Not only that, he claimed Brown’s advocacy for Smith is “demeaning and dismissive of the aspirations of current deputies who have expressed interest in running for the office.”

Two veteran county deputies – captain Darius Hall and lieutenant Robert Whately – have indicated their intentions to run for sheriff.  Hall and Whately have a combined fifty years experience with the sheriff’s office.

Brown has told both deputies they must take unpaid leaves of absence the moment they announce their candidacies, a move viewed by many as part of his effort to “clear the field” for his favored candidate.

Smith, a former U.S. Secret Service deputy director, is the runaway favorite to win election as the next sheriff of Greenville County – although it remains to be seen when that election will take place.

As of this writing, there is no plea agreement between suspended sheriff Will Lewis and the office of S.C. sixteenth circuit solicitor Kevin Brackett, who is handling the prosecution of the disgraced law enforcement official.

Back in April, Lewis was indicted on misconduct in office and obstruction of justice charges stemming from a sex/ corruption scandal which unfolded exclusively on the pages of this news outlet.  That scandal remains unresolved.  It was supposed to have been approaching resolution recently, but then the woman at the heart of the drama – Savannah Nabors – gave birth to a new baby.  The birth of Nabors’ child temporarily shut down the mediation process in a civil suit involving her, Lewis and Greenville County taxpayers – an action we are told has significant bearing on the criminal case against the suspended lawman.

It is conceivable that the case could drag out until the next general election in 2020, which is one reason we called on Lewis to do the right thing and resign last fall – months before he was indicted.

He has not done that …

Brown, 81, was appointed by governor Henry McMaster back in April to serve until the charges against Lewis were resolved.  He previously served as sheriff of Greenville from 1977-2001.

He has made no secret of his support for Smith.

“I inherited a mess as you well know,” Brown told us this week.  “I have vetted all of the candidates whose names are up for this position and in my opinion A.T. Smith is the best-qualified candidate to continue the work we started when I got here.”

Brown also told us he has been meticulous in observing state ethics laws, and has received legal counsel about what campaign-related activities are permissible.

Smith, Hall and Whately are not the only three candidates looking to run for this office.

Hobart Lewis – who ran unsuccessfully for sheriff in 2016 – has made it clear he will run again at the first available opportunity.  Meanwhile Keith Grounsell, a former GCSO vice and narcotics officer, is also actively campaigning for the job.  Lynda Leventis-Wells – a Greenville County school board member and local community policing advocate – is also said to be mulling a bid.

Our view on all this?  What Mack does on his own time – with his own resources – is entirely up to him.  Accordingly, we have no problem with him endorsing a candidate in the upcoming sheriff’s race.  That is his prerogative.

Does that mean we would get involved in the race if we were in his position?  No, it does not.  In fact, we wouldn’t.

In our view, placeholders should take great care to avoid politicizing the offices they inherit on a temporary basis.  But from our vantage point this is a matter of personal preference, not ethics law.  Having said that, we will be interested in seeing what (if any) specific evidence Guy includes in his complaint against Brown – assuming it is made publicly available.

In other words, stay tuned …

Got something you’d like to say in response to one of our stories? Please feel free to submit your own guest column or letter to the editor via-email HERE. Got a tip for us? CLICK HERE. Got a technical question or a glitch to report? CLICK HERE. Want to support what we’re doing? SUBSCRIBE HERE.
Banner: Greenville County Sheriff’s Office