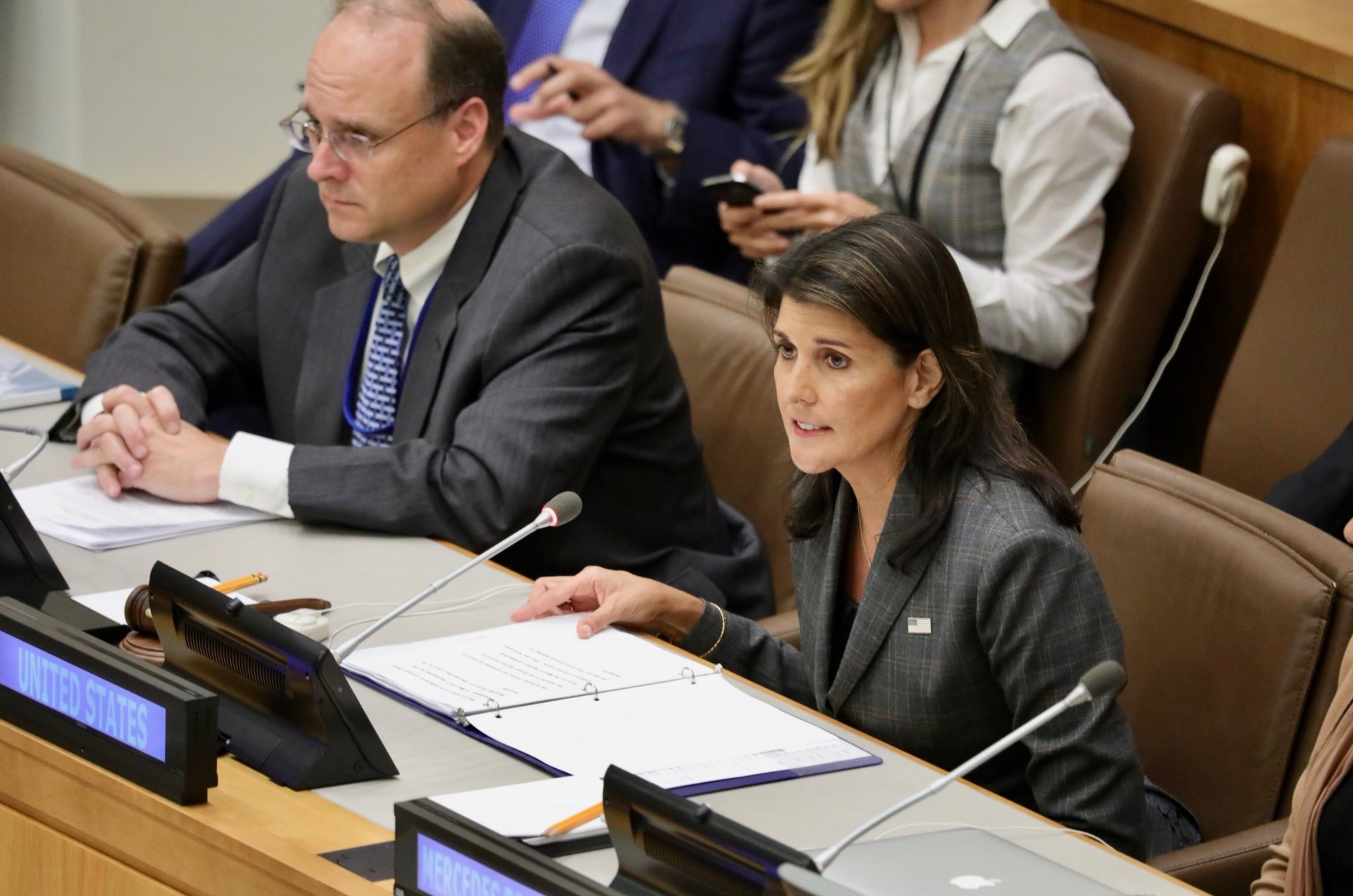 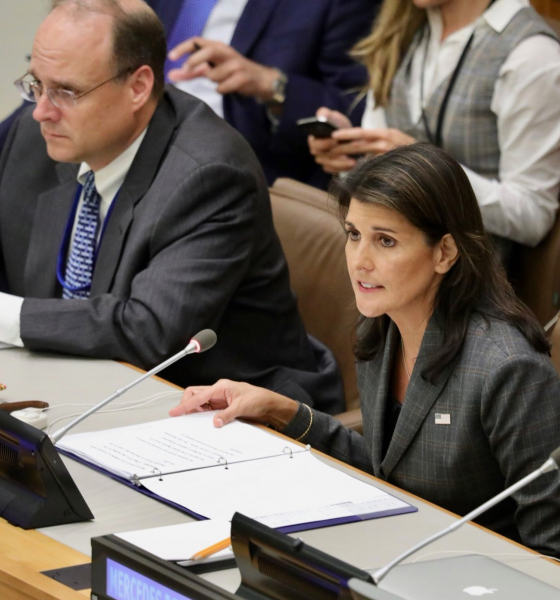 U.S. president Donald Trump has accepted the resignation of former South Carolina governor Nikki Haley as his ambassador to the United Nations (UN) effective at the end of the year.

News of Haley’s departure – which took Washington, D.C. completely by surprise – was first reported by Jonathan Swan of Axios.

“She’s done an incredible job,” Trump said of Haley. “She’s a fantastic person, very importantly, but she also is somebody that gets it.”

Haley – often touted as a possible 2020 presidential candidate – made clear during an Oval Office press conference with Trump that she had no intention of running against him for the GOP nomination in two years time.

“I will say this: For all of you that are going to ask about 2020, no, I’m not running for 2020,” Haley said. “I can promise you what I’ll be doing is campaigning for this one.  So I look forward to supporting the president in the next election.”

According to Swan, “Haley discussed her resignation with Trump last week when she visited him at the White House” but that news of her decision to step down “shocked a number of senior foreign policy officials in the Trump administration.”  Trump said Haley came to him six months ago indicating her desire to step down before the end of the year.

Haley’s resignation comes less than twenty-four hours after a Washington, D.C. ethics group challenged her use of private planes – something which has led to trouble for other Trump appointees.  It is not immediately clear if the two news items are related, however. 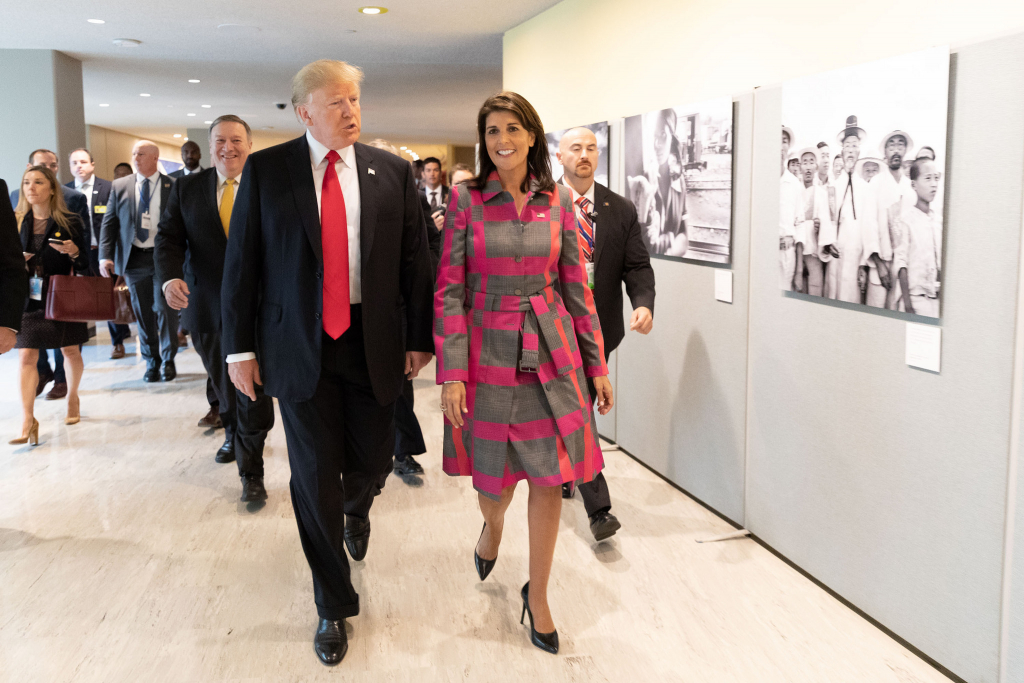 Haley – a #NeverTrumper during the 2016 campaign – got her job in the administration as a sop to current South Carolina governor Henry McMaster, who coveted her position in the Palmetto State.  A rabid neoconservative, Haley often found herself out of alignment with Trump and his foreign policy objectives – including a major blow-up earlier this year on the issue of Russian sanctions.

Widely suspected as a possible author of the “resistance” oped that ran in The New York Times this summer, Haley took to the pages of The Washington Post to rebuke her accusers – a move panned by Washington insiders as self-serving.

There were other rumors, too …

Speculation swirled in the immediate aftermath of Haley’s announcement as to what could be on the horizon for her.

The most prominent theory?  That a deal has been cut with McMaster to name her as a U.S. senator from South Carolina in the event fiscally liberal Lindsey Graham resigns his post to take a job in the Trump administration (perhaps as attorney general).

Another theory holds that Haley is in line to take over as the next leader of an influential Washington, D.C. think tank – perhaps the neoconservative American Enterprise Institute (AEI), whose president Arthur Brooks is retiring soon.

“It gets her several million a year in income, a bull horn on national politics, an extensive donor network, and preserves her ability to run for whatever she wants to down the road,” one source contemplating Haley’s next move noted.

Yet another theory is that Trump – in the days following the brutal confirmation of Brett Kavanaugh to the U.S. supreme court – has realized that he needs a woman on the ticket in 2020, and that Haley’s resignation is a prelude to him dumping vice-president Mike Pence and putting her on the ticket.

Is that last theory far-fetched?  Probably … but these days, literally nothing coming out of Washington, D.C. would surprise us.