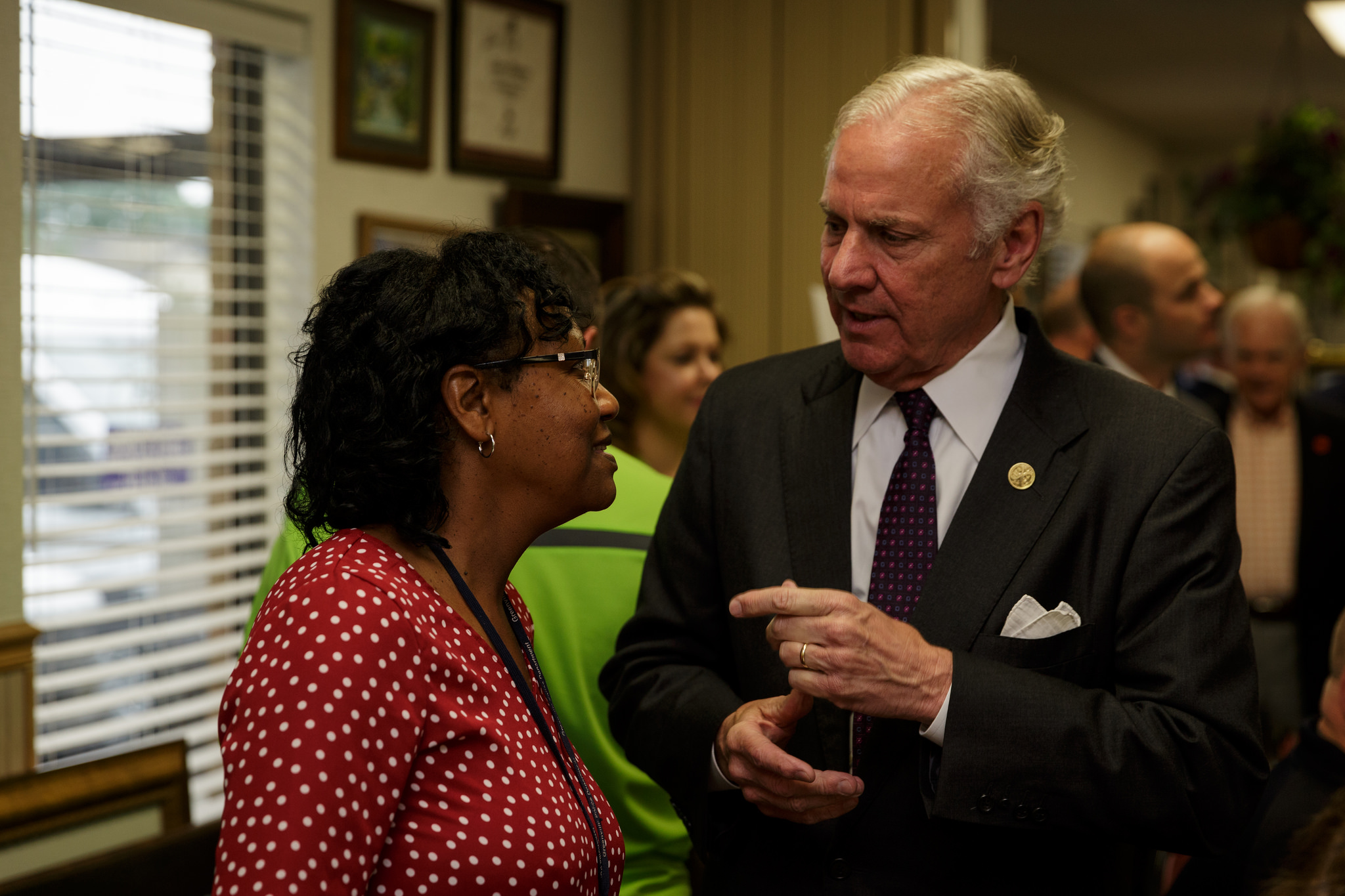 South Carolina “Republican” governor Henry McMaster is facing criticism after referring to Democrats as “dangerous dogs” during a speech earlier this week.

The 71-year-old career politician – who narrowly survived his own party’s primary election earlier this year – made the comments at a charity event sponsored by U.S. congressman Jeff Duncan.

“Our Democratic friends are a lot like dogs,” McMaster said.  “One-on-one, they’re real nice.  But in a pack, they’re dangerous.”

That comment offended state representative Justin Bamberg – a Democrat from Bamberg, S.C.  According to the 31-year-old lawyer-legislator, McMaster’s statements were “consistent with the poor decision-making we have seen on display from the governor’s office.”

Bamberg added that he has three dogs – all Belgian Malinois – which “are a pack and not dangerous at all … unless you were to purposefully starve, disregard, abuse, and utterly ignore their pleas for a better life merely because you believe them to be below you.”

“That is how Democrats, minorities, rural South Carolinian’s, state employees, teachers, farmers, women’s rights activists, civil rights leaders, the morally and environmentally conscious, and the middle, lower, and downtrodden class of South Carolina citizens across our State have felt under the recent Republican ‘presence’ in the governor’s office,” Bamberg said.

That might be putting it a bit dramatically, but it is clear that outcomes for South Carolina residents have not improved under the last fifteen years of “Republican” rule.  Of course what Bamberg neglects to mention is that the GOP – as is becoming increasingly evident – is not really in control in South Carolina.  Democrats have aligned with fiscally liberal GOP lawmakers – many of them party-switchers – to comprise a governing majority that embraces the same big government philosophy they endorsed decades ago when they were in power.

The only things that have changed are the party labels … well, and the ever-escalating price of failure.

Still, McMaster’s “dogs” comment doesn’t strike us as particularly offensive.  In fact, to be honest Democrats have become increasingly rabid (and irrational) in their reflexively antagonistic reactions the administration of U.S. president Donald Trump.

The left?  They have become positively unhinged.

Seriously, Democrats: If you don’t want to be called dogs, stop foaming at the mouth.

And maybe try some of that “tolerance” you keep intolerantly discussing.

McMaster is running this fall against Democrat James Smith, an Afghan War veteran and former S.C. House minority leader who is viewed by many Palmetto political pundits as the perpetual minority party’s best candidate in decades.  Meanwhile McMaster – as noted above – struggled to capture his party’s nod despite all the advantages of incumbency (and Trump’s endorsement).

It seems like a competitive election should be in the works, and Smith’s campaign is doing everything it can to push that narrative.