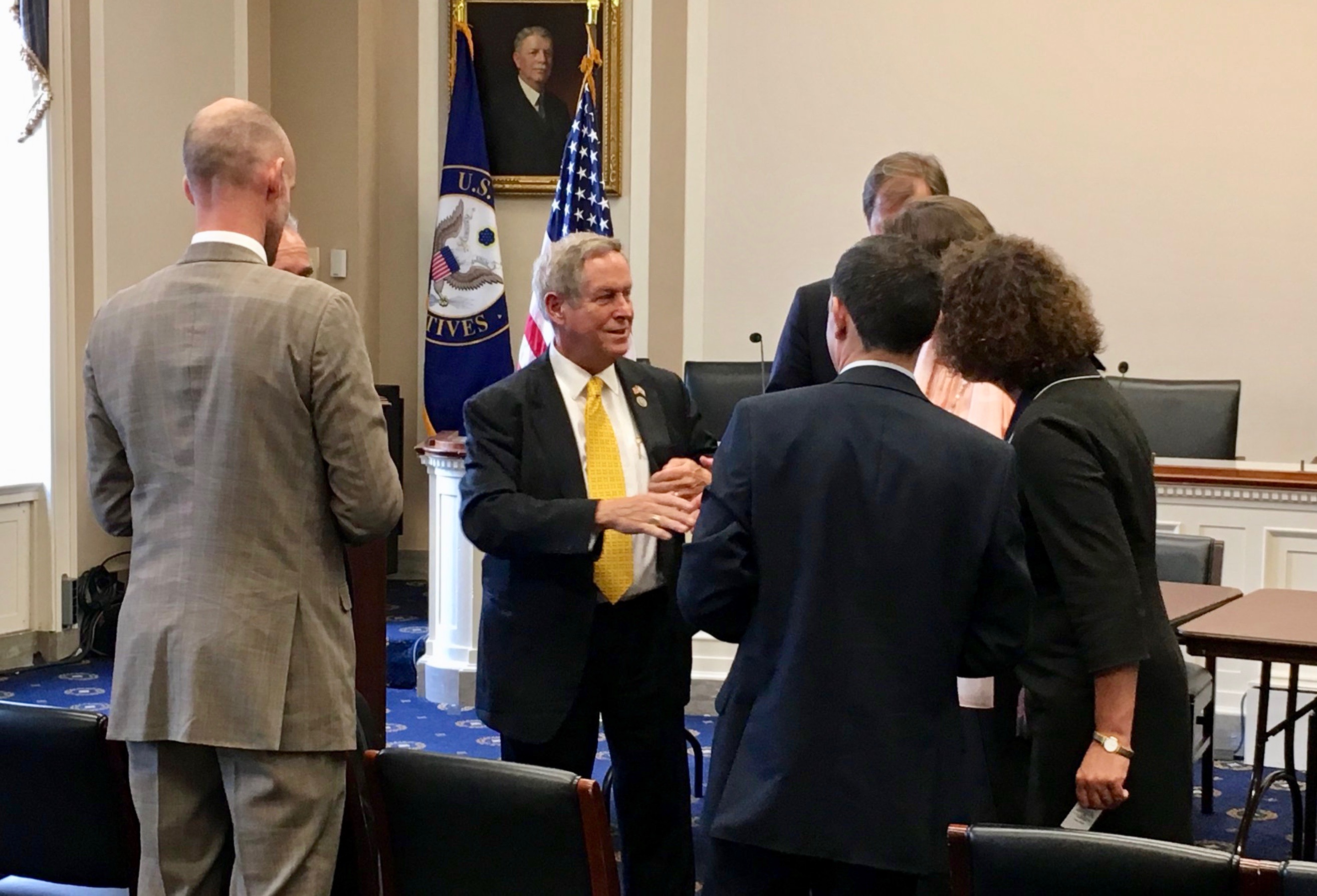 Conventional wisdom in Washington, D.C. has long held that congressman Joe Wilson of South Carolina was in line to become the next chairman of the influential U.S. House armed services committee.

That calculus is changing, though …

Wilson is now apparently vying with congressman Michael McCaul of Texas to become the next chairman of the U.S. House foreign affairs committee.  The current chairman of that committee – Ed Royce of California – is not seeking reelection in 2018.  Nor are several of the panel’s ranking “Republican” members.

According to our sources in Washington, Wilson was “actively jockeying” for Royce’s job last week, “meeting with members of (the committee) …specifically to discuss (the) chairmanship.”

Several congressmen we spoke with confirmed that account, telling us Wilson and McCaul were both in line for the post but that neither had it nailed down at the moment.

“Watch how the new speaker race plays out and any role Wilson may play in that if he wants to be a chairman,” one lawmaker told us.

In the meantime, Wilson is still dealing with the embarrassing fallout from getting fooled by comedian Sacha Baron Cohen as part of the latter’s new Showtime series, Who is America?

In an interview with Cohen (who posed as a fake Israeli anti-terrorism expert), Wilson endorsed a fictitious federal program called “Kinderguardians” that ostensibly aimed to put guns in the hands of toddlers.

“A three-year-old cannot defend itself from an assault rifle by throwing a Hello Kitty pencil case at it,” Wilson told Cohen.  “Our founding fathers did not put an age limit on the Second Amendment.”

That’s exactly the sort of perspective we want occupying our most important posts in Washington, D.C, right?

Ever the dutiful servant of the neoconservative (a.k.a. warmonger) clique in Washington, Wilson told The (Charleston, S.C.) Post and Courier he was targeted by Cohen for his support of Israel.

“I was  targeted due to my strong support of Israel and my open door office policy,” he told the paper.

Our guess is Wilson was actually targeted because he is a few bricks short of a full load.  Sort of like Sarah Palin, the intellectually incurious former GOP vice presidential nominee who was also duped by Cohen.

According to our sources, the race between Wilson and McCaul could ultimately be decided by North Carolina congressman Mark Walker.  The chairman of the Republican Study Committee, Walker wields tremendous influence over committee assignments in the House – but our guess is he will have his hands full with this race.

“Two entrenched members with deep national security resumes and deeper pockets,” one of our Washington sources told us.  “That will be an interesting face-off.”