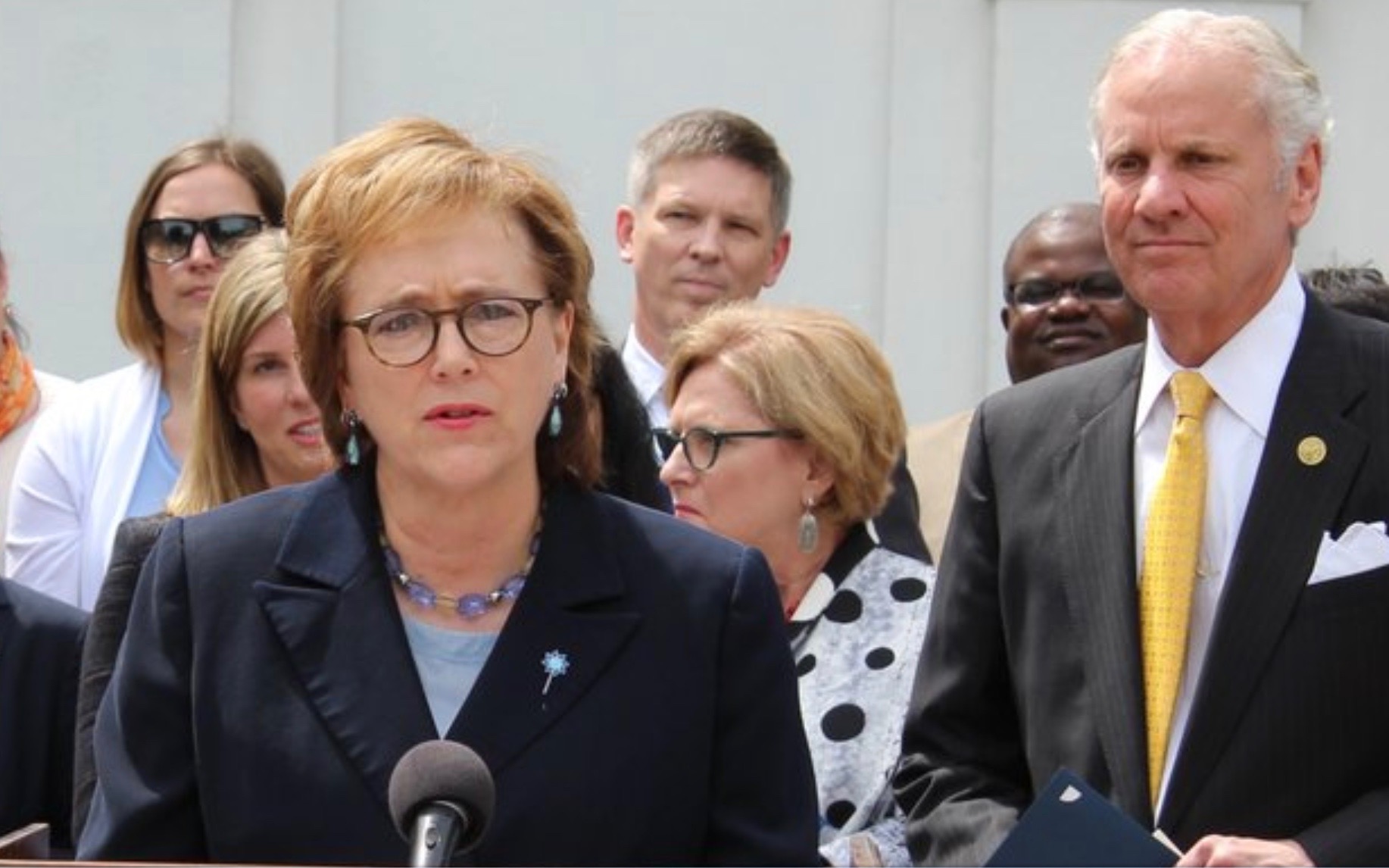 The abrupt resignation of South Carolina Department of Social Services (SCDSS) director Susan Alford earlier this week has been couched (by her) as a “retirement.”

“There comes a time when one is certain that it’s time to close one chapter and open another,” Alford wrote in an email sent Monday to employees of her scandal-scarred bureaucracy.  “After forty years of state service, I know that time, for me, is now.”

Indeed it is … but if anyone thinks Alford is leaving this $168,043-a-year (not counting perks, benefits) perch of her own volition, they haven’t heard about the disastrous meeting that took place last week in Columbia, S.C. between the embattled director and a trio of state senators.

“It was not a good meeting,” one source familiar with the situation told us.

Specifically, Alford was grilled over her agency’s failure to account for millions of dollars earmarked for new caseworker positions – as well as its ongoing failure to fill these frontline positions.

At the meeting – held in advance of lawmakers cutting a deal on the fiscal year 2018-2019 state budget – Alford was grilled over a $13 million appropriation for 180 new caseworkers.  Senators bristled at her request, however, pointing out that over the last four budget years SCDSS had only added 155 of the 650 new caseworkers it was supposed to hire.

Nearly 500 of these positions remain unfilled.

How do we know this?  Spreadsheets obtained exclusively by this news site …

Lawmakers we spoke with wouldn’t discuss the specific numbers on the spreadsheet, but confirmed Alford and her staff were unable to account for “significant” pots of money.

Additionally, hundreds of additional caseworkers must be brought on board over the coming three budget cycles if SCDSS is to be in compliance with Michelle H. v. Haley, a 2015 federal court case.  On the day before she announced her resignation, Alford testified in connection with this case – with sources close to the agency tell us that was “another bad meeting” for the embattled director.

As if all this weren’t enough, SCDSS is currently staring down the business end of an investigation into its tragic mishandling of yet another child welfare case – and beginning this year the results-challenged bureaucracy will be subject to the oversight of a new child advocacy agency.

Alford isn’t the only top staffer leaving SCDSS amid this debacle.  The agency’s face with the media (and with lawmakers), Karen Wingo, resigned her position as director of communications and legislative affairs last month.

For those of you keeping score at home, SCDSS is slated to receive $758.5 million in the latest version of the fiscal year 2018-2019 state budget, which would represent an increase of 3.2 percent from the current spending plan (and an increase of nearly 10 percent over the last three budget cycles).

Worth noting?  None of these totals include the more than $1 billion the agency doles out annually in food stamps.  That particular line item was surreptitiously removed from the state budget by lawmakers back in 2014.

Ever since we began covering SCDSS, it has been emblematic of the Palmetto State’s “Mo Money, Mo Problems” approach to governing.  The agency was an unmitigated disaster under former governor Nikki Haley – most notably as it related to multiple instances in which vulnerable children were repeatedly placed in abusive homes.  But the agency’s failure has been much bigger and broader than that – even after Haley was forced to fire her first “rock star” agency director, Lillian Koller.

Alford’s replacement will be named by governor Henry McMaster, although as we noted yesterday we have zero confidence in his “ability to find a competent manager” for this dumpster fire of a state agency.

Got something you’d like to say in response to one of our stories? Please feel free to submit your own guest column or letter to the editor via-email HERE. Got a tip for us? CLICK HERE. Got a technical question or a glitch to report? CLICK HERE. Want to support what we’re doing? SUBSCRIBE HERE.
Banner: SCDSS