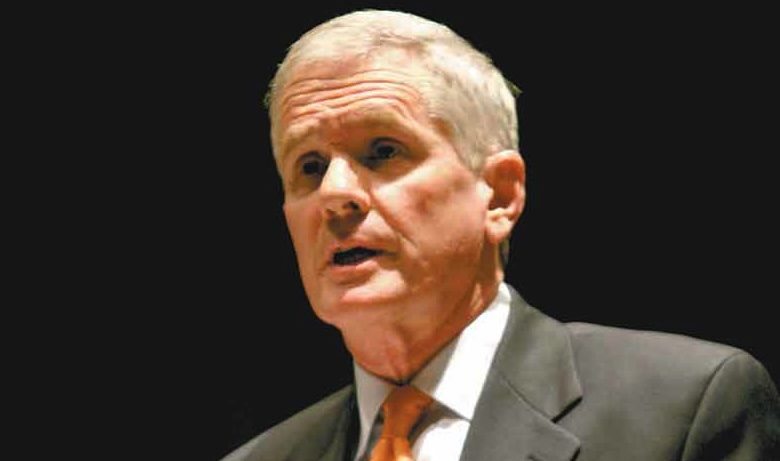 Clemson University President James Barker – whose big government boondoggling and childish efforts to artificially inflate his school’s academic standing brought shame to the state – is stepping down from his post after fourteen years.

Barker’s all-consuming goal of making Clemson one of the nation’s Top Twenty public universities was not accomplished.

What was accomplished? Some serious unnecessary spending – including Clemson’s wasteful “public service” division, a wind turbine facility and an entire campus devoted to a Confederate submarine. Barker also pushed for the creation of a new architecture school in Charleston, S.C. – which will be paying him a six-figure salary just as soon as his replacement is found.

Barker will forever be remembered as the guy who ranked his institution ahead of schools like Harvard, Stanford and Yale on a “peer assessment” – part of a broader effort to artificially inflate Clemson’s position on the U.S. News & World Report college rankings.

Barker did his best to put a positive spin on things in a statement issued by the school.

“There is never a perfect time for a transition in leadership, but certainly a very good time is when a university is in high demand, able to attract outstanding faculty, staff and students, enjoys strong support from alumni and friends, is financially healthy, and has a strategic plan that is firmly supported by its governing board,” Barker said. “That is exactly where Clemson finds itself today.”

Barker’s resignation comes as Clemson – which is ruled by an unconstitutional governing board – seeks to shift vast percentages of its “assets, programs and operations” to a so-called “enterprise zone,” which would enable it to evade accountability from the state while still consuming hundreds of millions of tax dollars each year.

As we have stated repeatedly, Clemson (along with South Carolina’s other institutions of “higher learning”) should be set free to pursue their destinies as private colleges and universities. Funding higher education – to the extent our colleges still do that – is not a core function of government. And even if it was, South Carolina spends a much larger percentage of its budget supporting this function than other states.

Clemson is slated to receive $783 million in the current version of the FY 2013-14 state budget – an increase of $6 million from last year. Its “public services” division will receive another $69.4 million.

A Jasper Port Is Viable? Duh!