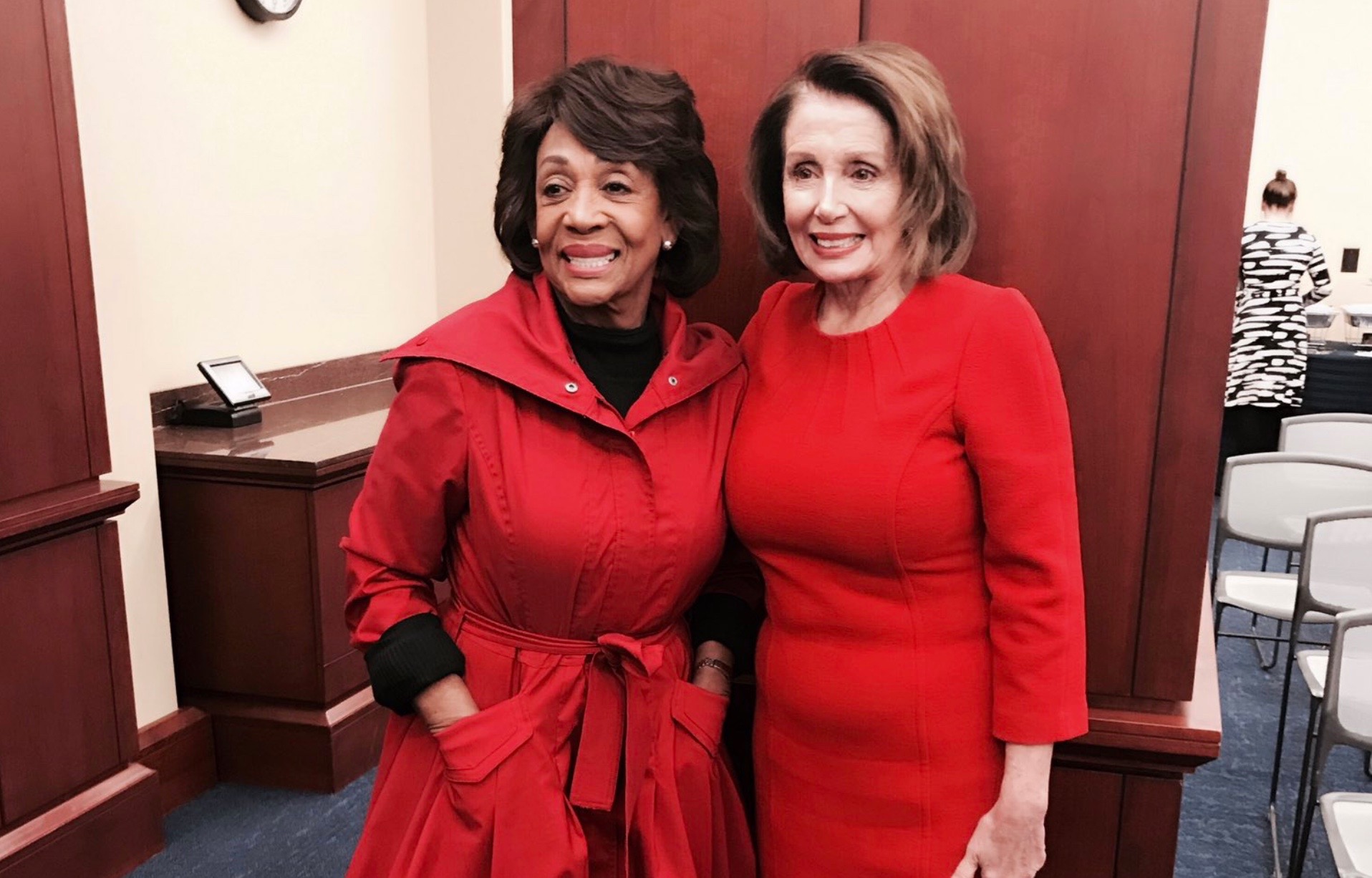 It’s all about tolerance and respect with the left … until you disagree with them.

That’s when the gloves come off.

She knows all about that …

To be clear: We were not especially upset by the recent comments made by U.S. congresswoman Maxine Waters of California – in which she urged liberals to “push back” against members of U.S. president Donald Trump’s cabinet over his immigration policies.

“Let’s make sure we show up wherever we have to show up,” Waters said at a recent rally. “And if you see anybody from that Cabinet in a restaurant, in a department store, at a gasoline station, you get out and you create a crowd.  And you push back on them.  And you tell them they’re not welcome anymore, anywhere.”

Classy?  No.  Threatening?  Not from our perspective …

After all, the last time we checked those of us on this end of the political spectrum didn’t need anybody else erecting “space spaces” around us.

We make our own …

Similarly, we were not particularly put out that White House press secretary Sarah Sanders was asked to leave a Virginia restaurant because of her affiliation with Trump.

Both instances demonstrate a galling lack of civility – but we don’t think Waters was trying to incite people to physical violence with her remarks nor do we believe (in most cases) that private business owners should be forced to serve patrons they don’t want to serve.

As Sanders herself said, the actions of the woman who asked her to leave the Red Hen restaurant in Lexington, Virginia “say far more about her than about me.”

“I always do my best to treat people, including those I disagree with, respectfully and will continue to do so,” Sanders added.

Exactly … which is exactly how “tolerance” is supposed to work.

Fortunately, a few leading liberals are rebuking the far left fringe over its latest intolerance.

Democratic minority leader Nancy Pelosi chided Waters for her comments, referring to them as “predictable but unacceptable.”

“As we go forward, we must conduct elections in a way that achieves unity from sea to shining sea,” Pelosi added in her tweet.

Again, the real issue here isn’t the hyperbole of the “right” in responding to these classless displays from the left (i.e. those calling for a U.S. Secret Service investigation into Waters).

The real issue is the underlying hypocrisy … which this news site has chronicled on numerous occasions in the past.

“There is just no point in talking to some of these people,” we wrote last summer, lamenting those at all points along the political spectrum who have gone “all in” for a particular party, ideology or tribe.

Waters is apparently one of those people … as is the owner of the Red Hen.

Look, there’s nothing wrong with being indignant.  There’s nothing wrong with calling people out (and occasionally, calling them the sort of names they deserve to be called).  But remember it’s a two-way street … and know that showing decency to your fellow human beings on a personal level (even if you are blistering them politically) is good form.

Most importantly, if you truly believe your ideas are the right ones, the best ones and the strongest ones – then you shouldn’t be afraid to allow others to challenge them.

And you shouldn’t be afraid to challenge them yourself …

Going “all in” is self-limiting … and weak.  And eventually, it will open you up to the sort of hypocrisy we currently see on display from the left.

Got something you’d like to say in response to one of our stories? Please feel free to submit your own guest column or letter to the editor via-email HERE. Got a tip for us? CLICK HERE. Got a technical question or a glitch to report? CLICK HERE. Want to support what we’re doing? SUBSCRIBE HERE.
Banner: @MaxineWaters