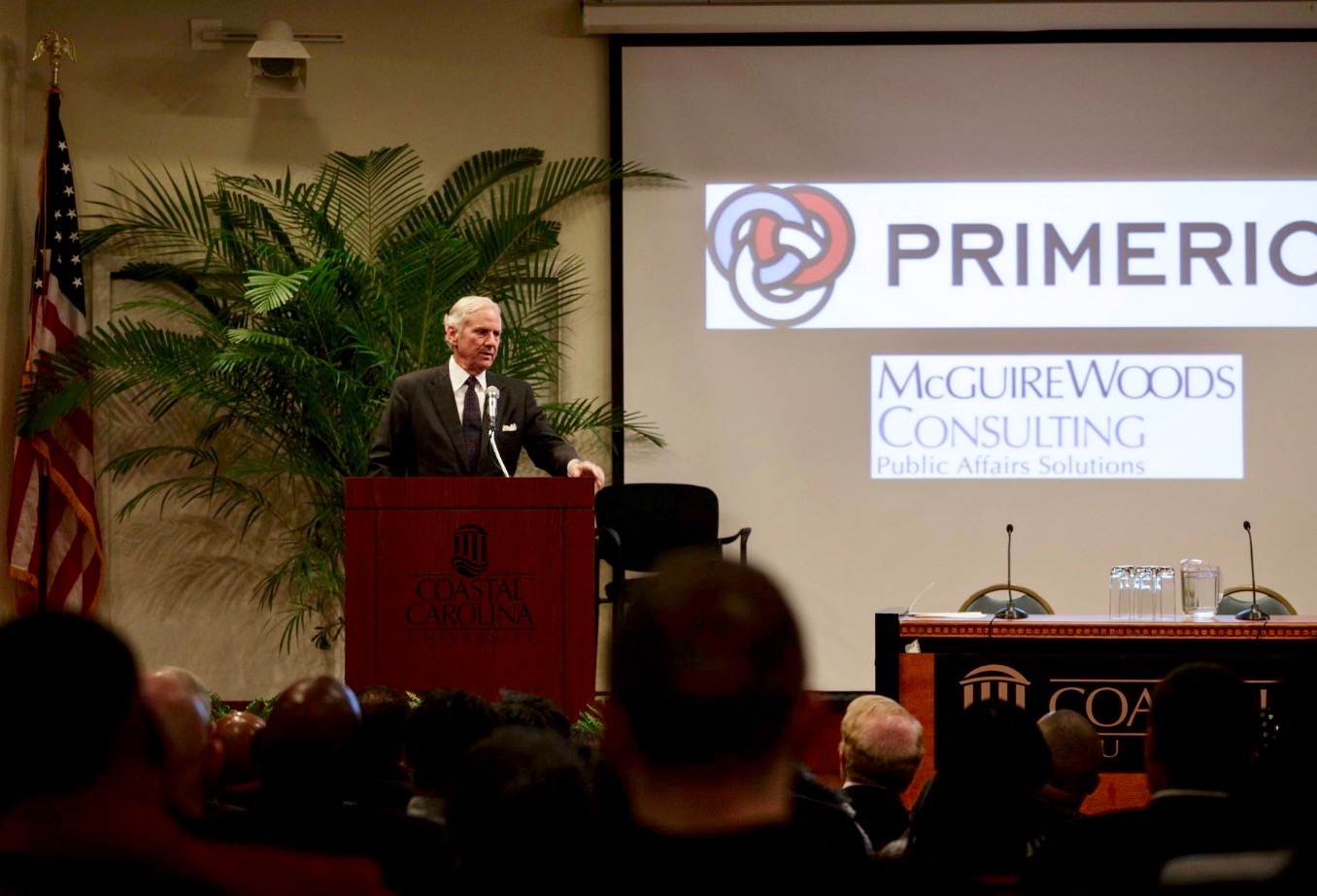 South Carolina governor Henry McMaster does not support calling a convention of states to address changes to the U.S. Constitution.

McMaster told reporter Jamie Lovegrove of The (Charleston, S.C.) Post and Courier that calling such a convention could strip Americans of their gun rights and abolish the Electoral College.

“My concern is there could be unintended consequences,” McMaster said, according to a tweet from Lovegrove.

McMaster added that there is nothing wrong with the constitution, just judges who “misinterpret it.”

McMaster’s position puts him at odds with Catherine Templeton – one of three top challengers running against him in the 2018 “Republican” gubernatorial primary in the Palmetto State.  Templeton was praised this week by former U.S. senator Jim DeMint for taking a position in support of a convention of states – a.k.a. an “Article V” convention.

“Henry has been running for office over 30 years,” Templeton spokesman Mark Powell said.  “He doesn’t want the people to decide on term limits and a balanced budget. Nothing scares establishment politicians more than returning power to the people.  Catherine prefers to stand with the people of South Carolina, Jim DeMint, and conservatives instead of Henry McMaster and Democrats.”

Article V is the section of the U.S. Constitution which deals with amending our nation’s founding document.  An “Article V Convention” is one of two methods by which changes to the constitution can be proposed.  The other method is a two-thirds vote of the U.S. House and Senate.

No matter how a constitutional amendment is proposed, for it to pass it must gain the support of the legislatures (or ratifying conventions) of three-fourths of the states.

That’s thirty-eight states, for those of you doing the math in your heads.

Are there really thirty-eight states out there likely to support repealing the Second Amendment?  Or abolishing the Electoral College?  We think not …

In fact we know not …

As noted in our prior coverage of this issue, South Carolinians seem to support calling a convention of states.  According to a January 2018 survey conducted by The Trafalgar Group, an Atlanta-based firm that’s been exceedingly accurate in recent races all across the country, 44.2 percent of South Carolinians supported calling such a convention compared to 24.1 percent who opposed the idea.  The rest – 36.1 percent – were undecided.

Supporters of an Article V convention believe the scope of such a gathering could be limited to a balanced budget amendment, term limits and checks on federal authority – i.e. things that would probably stand a much better chance of getting the approval of three-fourths of the states.

In fact, when asked whether they would support a constitutional convention to address those issues, 64.7 percent of South Carolinians said they supported calling such a convention compared to 19.3 percent who opposed and 15.9 percent who were undecided.

Other’s aren’t so sure …

S.C. lieutenant governor Kevin Bryant – who is also running for governor in 2018 – tells us he is “very, very skeptical” of the convention of states method because of “how the delegates are chosen.”

“If there was a guarantee conservatives like Jim DeMint were delegates, I’d be more open to it,” Bryant told us.