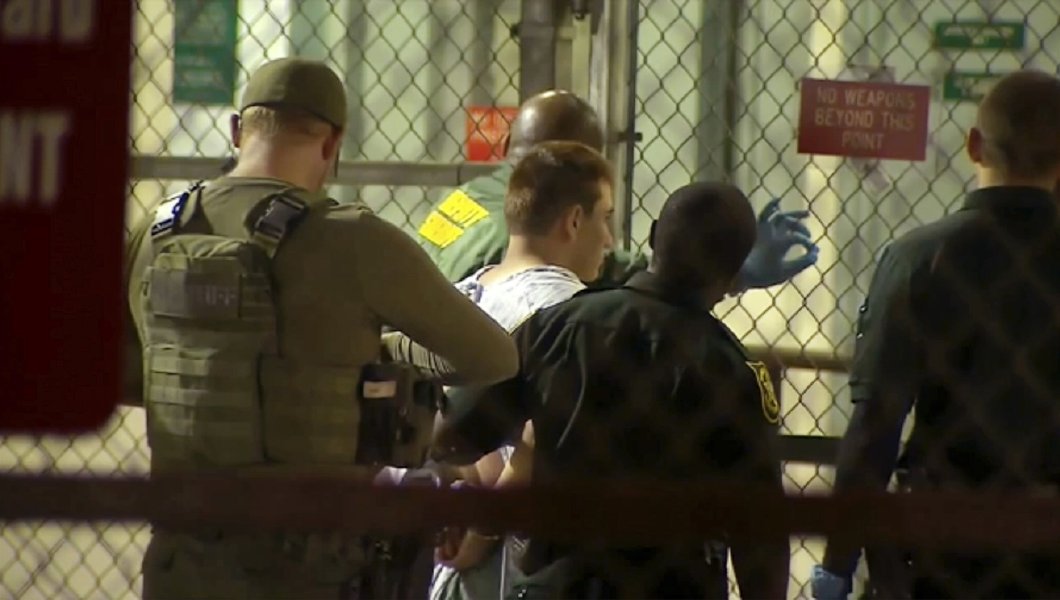 It’s been a bad, bad year for the Federal Bureau of Investigation (FBI).  Already under fire for its politicization of the 2016 presidential race, the nation’s top law enforcement agency has now been accused of failing to identify the suspect in a deadly Florida school shooting as a credible threat.

Does the agency deserve the criticism?  Let’s see …

“I’m going to be a professional school shooter,” the commenter wrote.

The name of the commenter?  Nikolas Cruz – which is also the name of the suspect in a Parkland, Florida school shooting on Wednesday that left seventeen people dead and fifteen others wounded.

Bennight took a screen grab of the comment last fall and immediately reported it to both YouTube and the Mississippi field office of the FBI.

“They came to my office the next morning and asked me if I knew anything about the person,” Bennight told reporter Brianna Sacks of BuzzFeed. “I didn’t. They took a copy of the screenshot and that was the last I heard from them.”

According to Sacks, Bennett was contacted again by the FBI on Wednesday afternoon after Cruz allegedly opened fire on his former classmates at Marjory Stoneman Douglas High School.

In a series of follow-up tweets to her report, Sacks says the FBI confirmed to her that the agency “received a tip this year about YouTube user Nikolas Cruz commenting that he wanted to be a professional school shooter,” but agents could not verify the “time, location, or identity” of the individual who posted the message.

U.S. president Donald Trump also got in on the blame game, saying that there were “many signs” that Cruz was “mentally disturbed.”  Trump went on to imply that Cruz’s neighbors and classmates should have done more to warn authorities of the danger he posed.

“So many signs that the Florida shooter was mentally disturbed, even expelled from school for bad and erratic behavior,” Trump tweeted. “Neighbors and classmates knew he was a big problem. Must always report such instances to authorities, again and again!”

Those sentiments were echoed by U.S. Senator Marco Rubio of Florida, who referred to Cruz as a “deeply disturbed person” and somehow who “people knew was a danger.”

“You know, someone that in the school there was this running joke, it’s not a joke anymore obviously, but a running joke that he was gonna come back one day and hurt a lot of people,” Rubio said during an interview with Fox News.

Rubio also tweeted late Wednesday that Cruz “gave plenty of indications of what was to come.”

Cruz was expelled from the school last year for disciplinary problems – including threats against other students.  Prior to his expulsion, he was reportedly banned from bringing a backpack on campus.

Tragedies like this are so big it’s difficult to think that one person could be responsible for setting them into motion.  Hence the reflexive need to assign blame in as many different directions as possible.

Ultimately there is one person to blame for what transpired, the shooter.

Got something you’d like to say in response to one of our stories? Please feel free to submit your own guest column or letter to the editor via-email HERE. Got a tip for us? CLICK HERE. Got a technical question or a glitch to report? CLICK HERE. Want to support what we’re doing? SUBSCRIBE HERE.
Banner: WPLG-TV

Obama’s Golf Game Gets A Workout