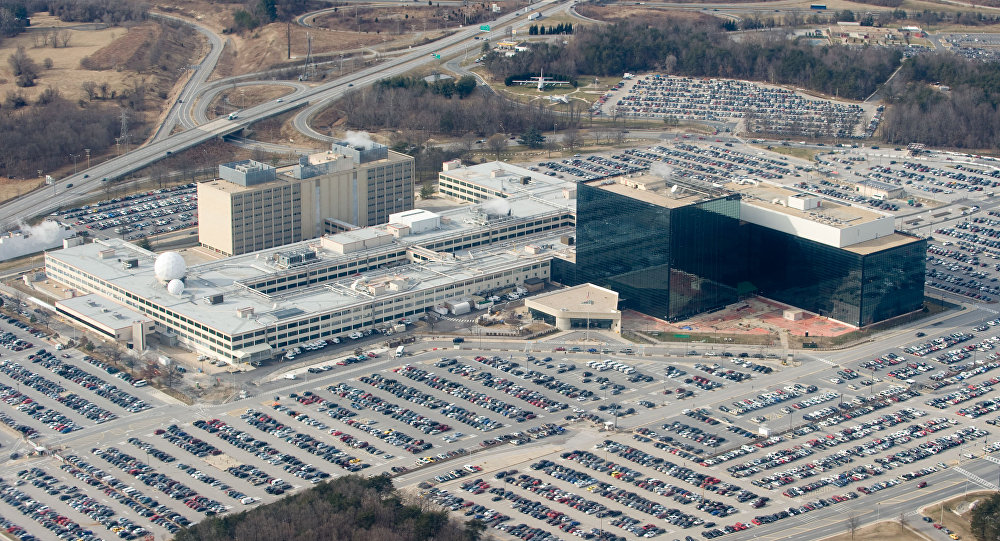 At least three people – including a police officer – were wounded during a shootout at a security gate leading to the National Security Administration (NSA) headquarters at Fort Meade in Maryland.

One person has been taken into custody in connection with the incident – which began when a black Ford Escape sport utility vehicle rammed a concrete barricade outside the spy agency headquarters.  Aerial footage of the scene taken by WJLA TV (ABC – Washington, D.C.) showed the badly damaged SUV with what appeared to be multiple bullet holes in its front windshield and airbags deployed.

The incident took place at around 7:15 a.m. EDT on Maryland Route 32 near the NSA campus in Anne Arundel County, according to local authorities.

“NSA police and local law enforcement are addressing an incident that took place this morning at one of NSA’s security vehicle entry gates,” a statement from the spy agency noted.  “The situation is under control and there’s no ongoing security or safety threat.”

U.S. president Donald Trump was “briefed on the shooting at Ft. Meade,” according to a statement from the White House.

“Our thoughts and prayers are with everyone that has been affected,” a White House deputy spokesperson said.  “We will continue to provide updates as they become available.”

The investigation into the incident will be led by the Federal Bureau of Investigation (FBI).

“The incident at Fort Meade has been contained,” the agency’s Baltimore office said in a statement.  “We have no further updates at this time.”

Got something you’d like to say in response to one of our stories? Please feel free to submit your own guest column or letter to the editor via-email HERE. Got a tip for us? CLICK HERE. Got a technical question or a glitch to report? CLICK HERE. Want to support what we’re doing? SUBSCRIBE HERE.
Banner: NSA