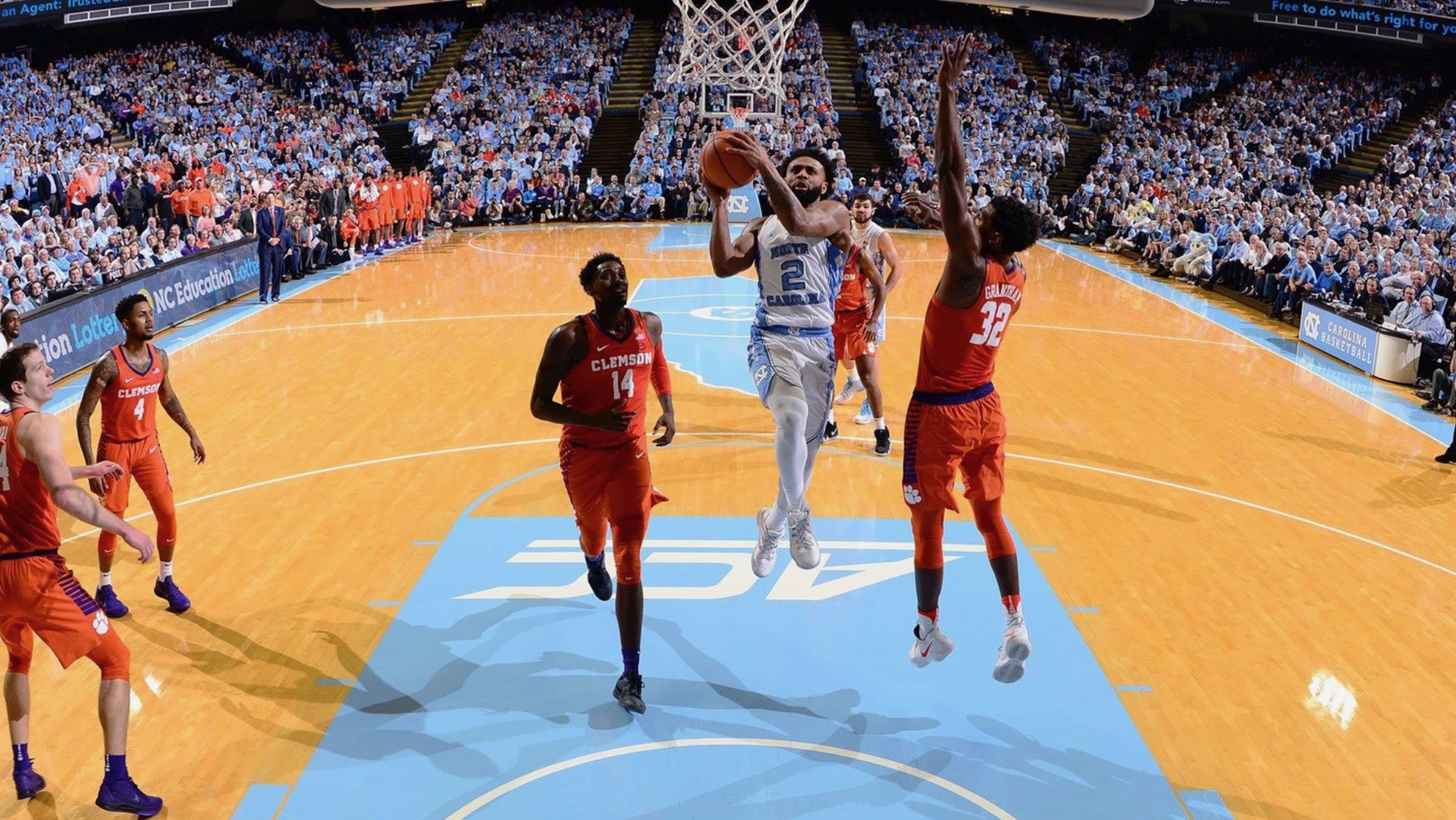 The No. 20 Tigers (15-3, 4-2 ACC) clawed their way back from an 18-point deficit to pull within two points of the No. 15 Tar Heels (15-4, 4-2 ACC) several times late in this game – but clutch three-pointers from Pittsburgh graduate transfer Cameron Johnson and junior forward Luke Maye helped the Heels extend their history-making home domination.

Here are some highlights from the game …

No other college basketball rivalry has seen anything quite like North Carolina’s streak over Clemson, which now includes 28 straight home victories since the Tar Heels moved to the Dean Smith Center in 1986.  It’s unprecedented in the NCAA, the longest home winning streak by one team over another … ever.

Head coach Brad Brownell’s Tigers will get another shot at North Carolina in two weeks, but that game will be played at Clemson.

Have the Tigers ever come close to ending this record run of futility?  Yes … although North Carolina’s average margin of victory at home during this series is a whopping 20.4 points.

On February 11, 2008 the Tigers – coached at the time by Oliver Purnell – led North Carolina by fifteen points midway through the second half in their 53rd road game in Chapel Hill.  Led by Tyler Hansbrough, the Heels mounted a furious comeback and ultimately won the game 103-93 in double overtime.

That victory broke the NCAA mark of 52 straight home victories by one team over another, set by Princeton over Brown between 1929 and 2002.

On January 9, 1975 Clemson – then coached by Tates Locke – led North Carolina 72-71 with just eighteen seconds left on the clock.  That’s when future National Basketball Association (NBA) star Walter Davis hit a jump shot to give the Heels the victory.

That’s the deepest into a game that Clemson has ever led North Carolina on its home court … which would technically qualify as the “closest” the Tigers have ever come to breaking the streak.

Will Clemson ever end this record run of futility?  Who knows, but we were pulling for them this year in light of North Carolina’s infamous “paper courses” scandal – which we believe has sullied the reputation of the storied Tar Heel program.

Got something you’d like to say in response to one of our stories? Please feel free to submit your own guest column or letter to the editor via-email HERE. Got a tip for us? CLICK HERE. Got a technical question or a glitch to report? CLICK HERE. Want to support what we’re doing? SUBSCRIBE HERE.
Banner: @UNC_Basketball

Deshaun Watson: Does He Deserve The Heisman?